The Swooper Citizens character trait of the week is honesty. We started our Morning Meeting with a game called Two Truths. On the Smart Board I typed two truths and one lie. Can you figure out which sentence is not true? 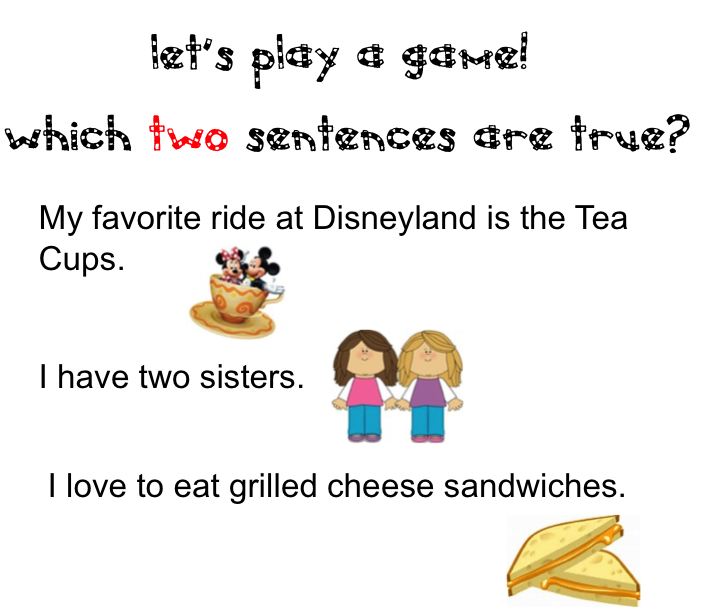 Ask your child for the answer!

The first graders then joined us for the lesson on Honesty, which started with this catchy tune.

After discussing the lyrics in the song, I read aloud the book Edwurd Fudwupper Fibbed Big. 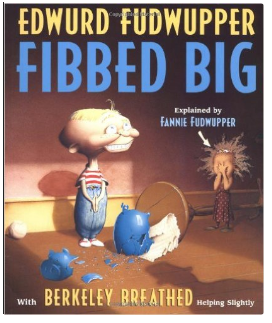 The link below will show you a few pages of the book, which tells of Edwurd and his big, big fib. He learns that being honest and telling the truth would have saved him and his town from trouble.

After the story, we discussed times when we may have told a big fib. The students’ eyes were wide as stories were shared detailing times when students had been less than honest. We heard stories of breaking picture frames by mistake and not fessing up, and taking things from stores that they hadn’t paid for. Students shared how they cut in line and were not honest when the teacher asked them if they were there first. It became quite a session!

The lesson concluded with a writing activity in the Swooper Citizens journals. Here are some excerpts: 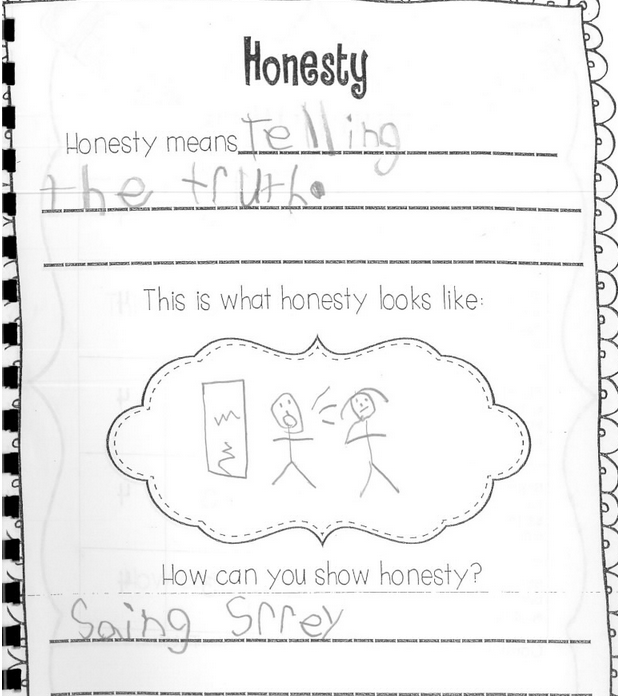 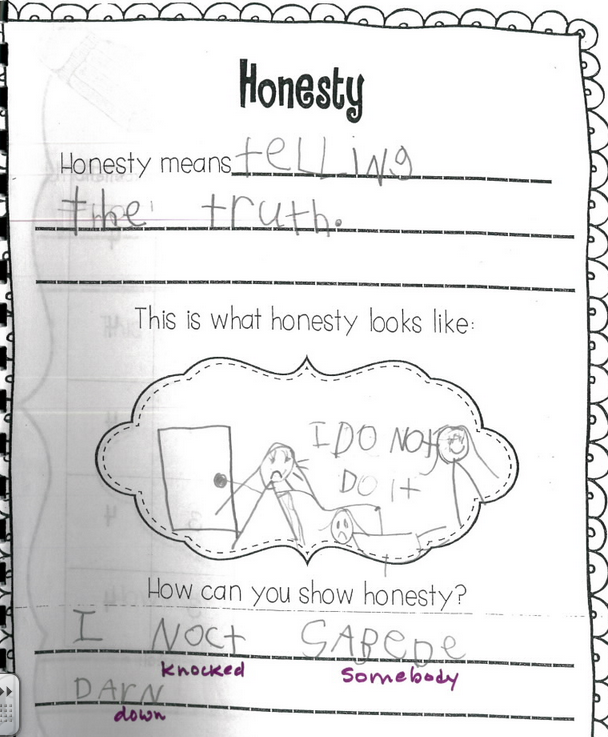 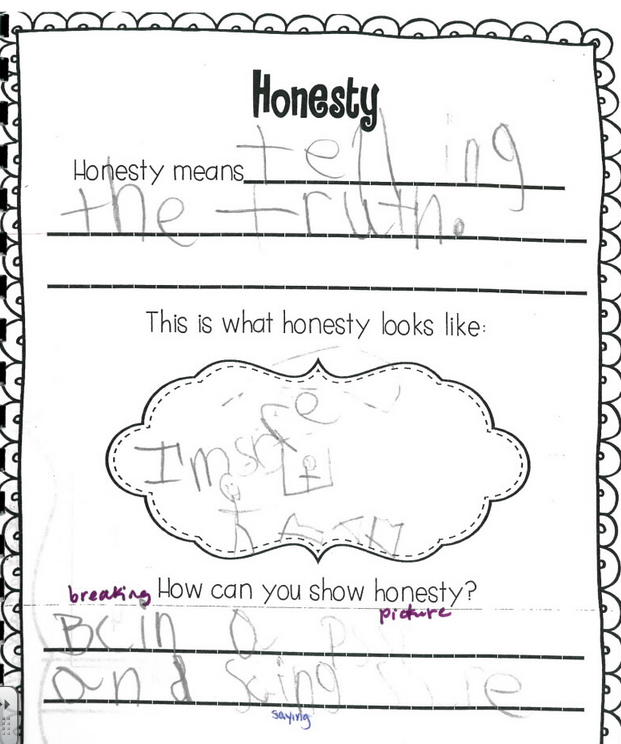