So what exactly is fair? Lesson six in our Swooper Citizens curriculum helped students explore the idea of fairness.

We began the lesson by passing out a Life Saver candy to most students. As Ms. Atkinson and I were passing the candies out, we encouraged the students to unwrap and immediately enjoy their special treat. When there were three unsuspecting students left, we suddenly ran out of candies. 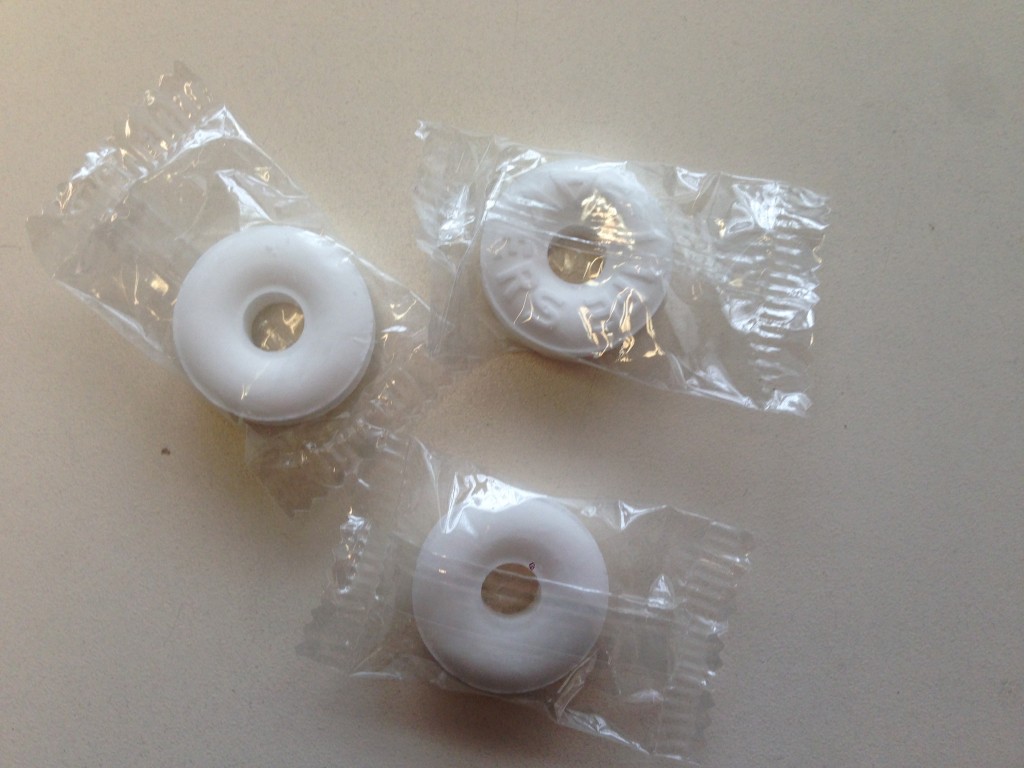 Cries of “That’s not fair!” rang throughout the room. Some students offered to cut their piece of candy in half, while others offered to simply give up their mint. We then asked the students, “Would it be fair if you only got have a candy; your friend got half a candy, and everyone else got a whole one?” The answers were a resounding, “NO!” At this point we gave the three students their mints and breathed a sigh of relief since no one had cried or been upset.

Then we said, “So fairness is everybody getting exactly the same?” “Yes!” was the answer.

Alright…..so to be fair, everyone needs the exact same thing, the exact same treatment. In order to illustrate this idea, Ms. Atkinson asked the students to remember a time when they were hurt and needed a band aid.  After each student found their owies, we started putting a band aid on their hand. Students looked at me like I was crazy! “But my owie is on my knee, not my hand,” said one student. I replied, “Oh I’m just being fair. Everyone gets a band aid in the same spot!” 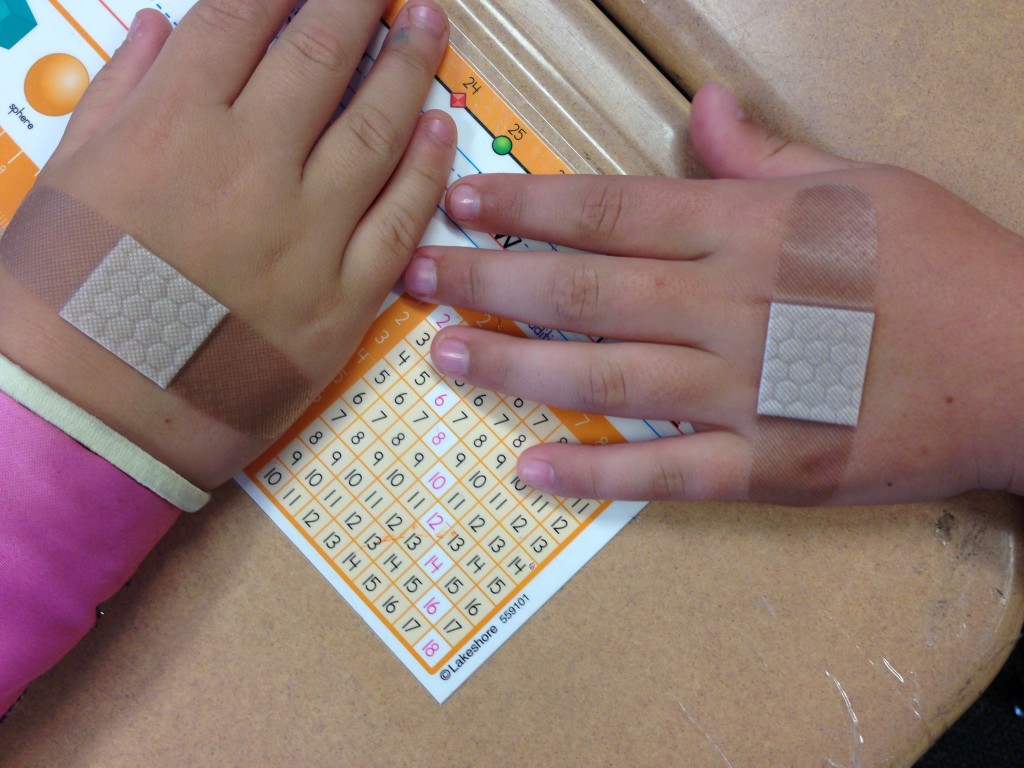 It became clear to the kids that fair isn’t necessarily everyone getting the same. Ms. Atkinson summarized fairness perfectly:

We then asked students to share an example of when it is important to be fair.

We ended the lesson with a journal entry. 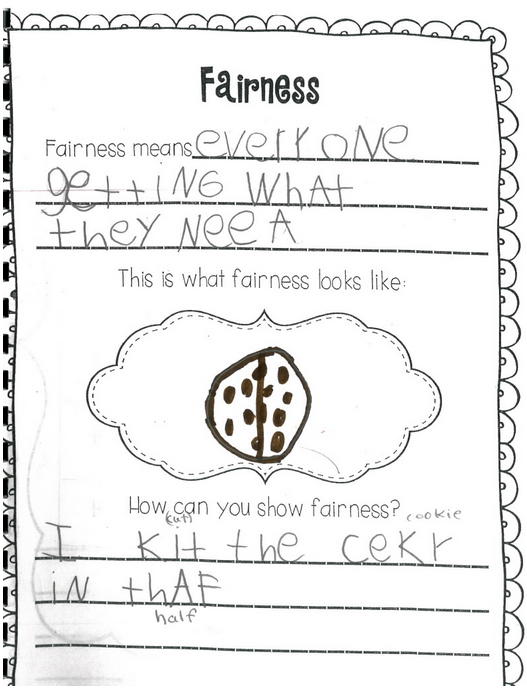 We hope to further practice being fair during recess, P.E., and of course Choice Time!