Students have been working on a dinosaur research project for the past month, and today was the day they finally had the opportunity to share their hard work. The research process began in January when students chose a dinosaur that was unfamiliar to them. Using the website Pebblego, students browsed through dozens and dozens of potential choices that included herbivores, carnivores, sauropods, theropods, bird-like dinosaurs, and more. I created a special research folder for each student that I personalized once they chose their dinosaur. 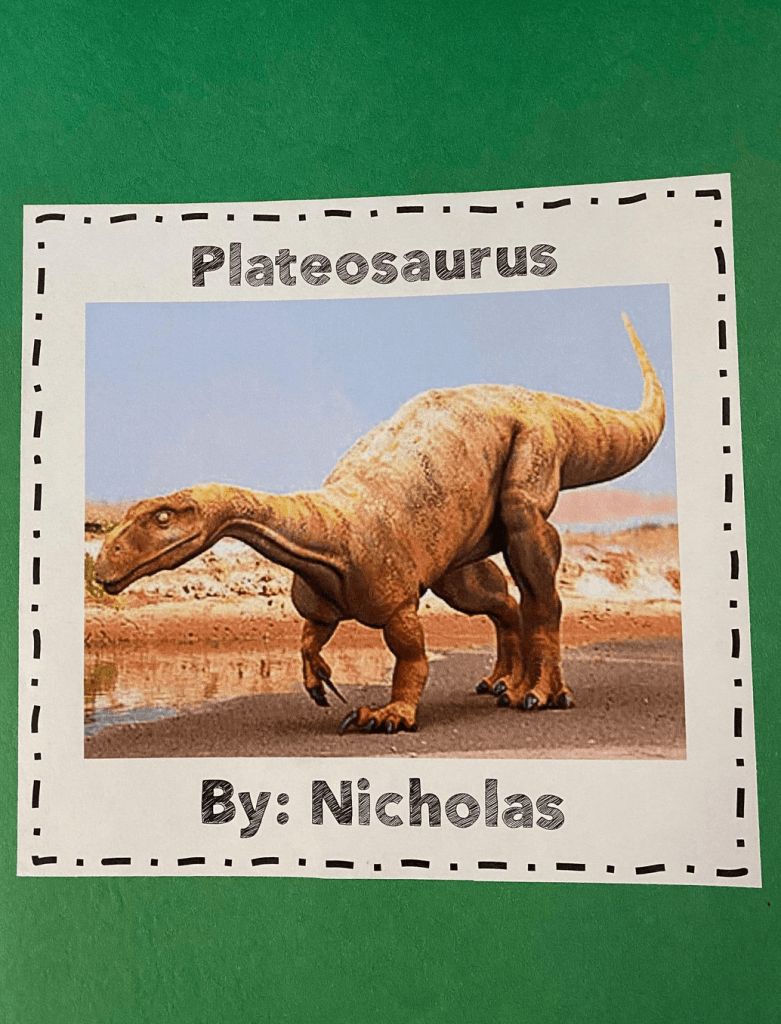 Next, students created a pencil sketch of their dinosaur on their title page. 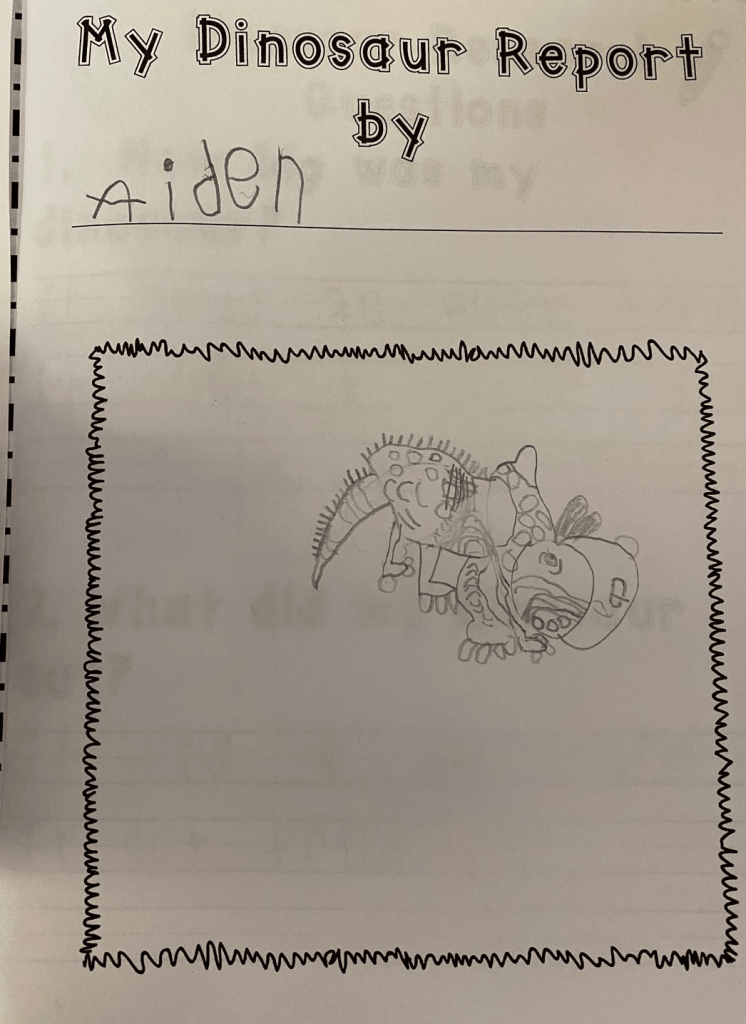 Then the research began! There were six questions the students used to guide their learning. 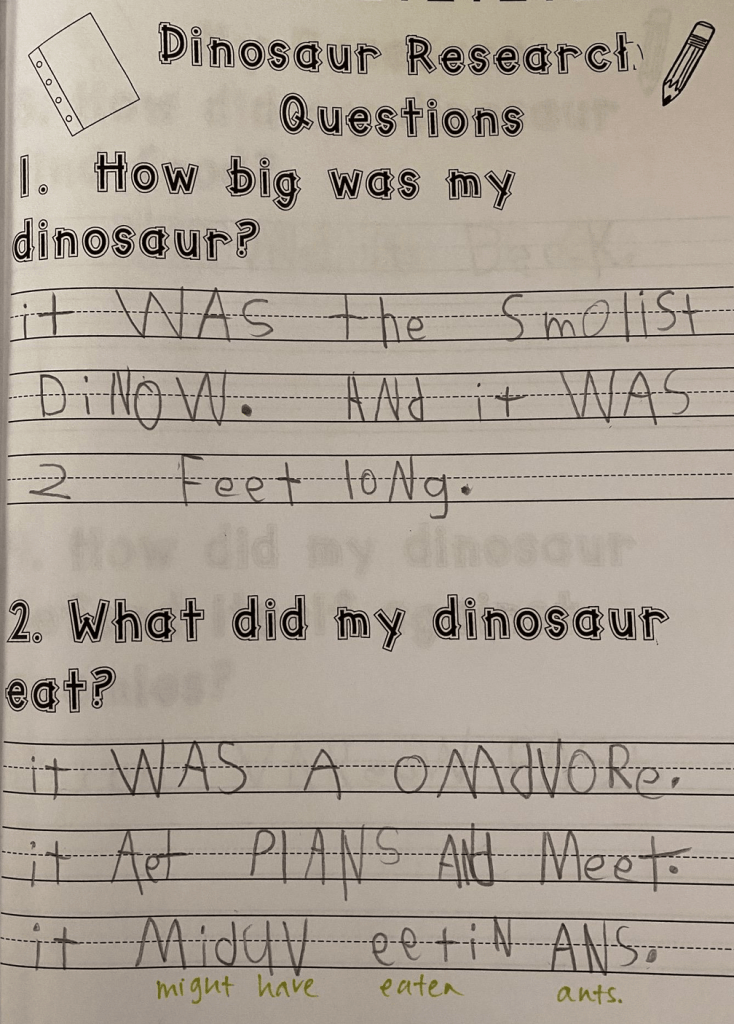 Students were encouraged to write using their best guess spelling. At this time in the year, our goal is to write using spaces between words and beginning capitalization with some ending punctuation. 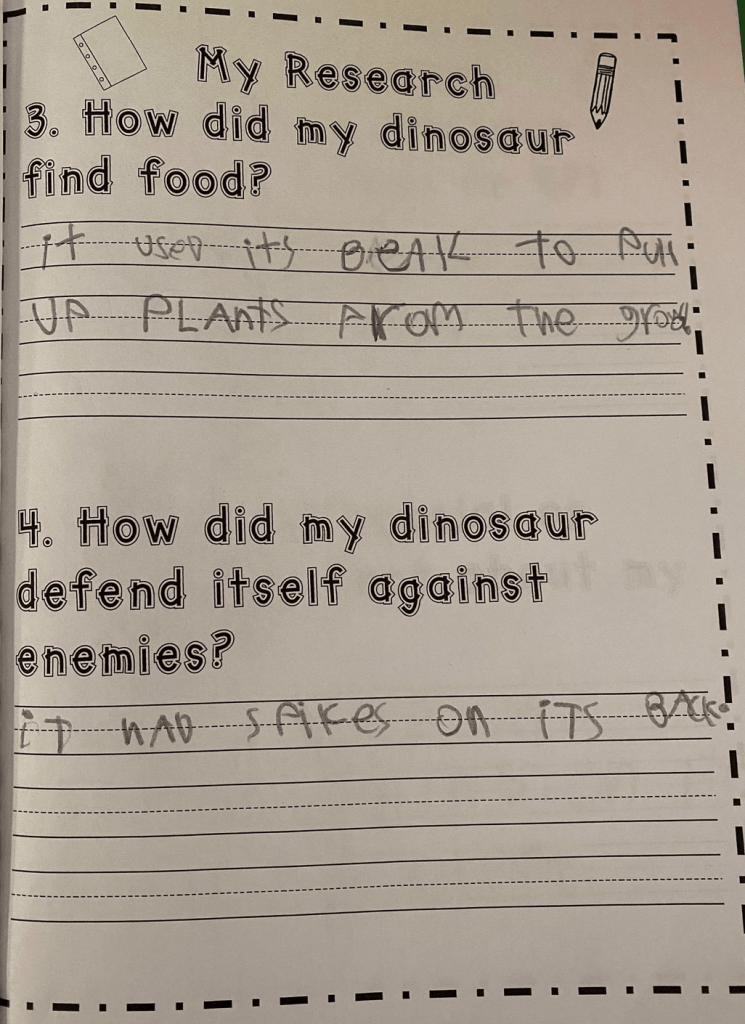 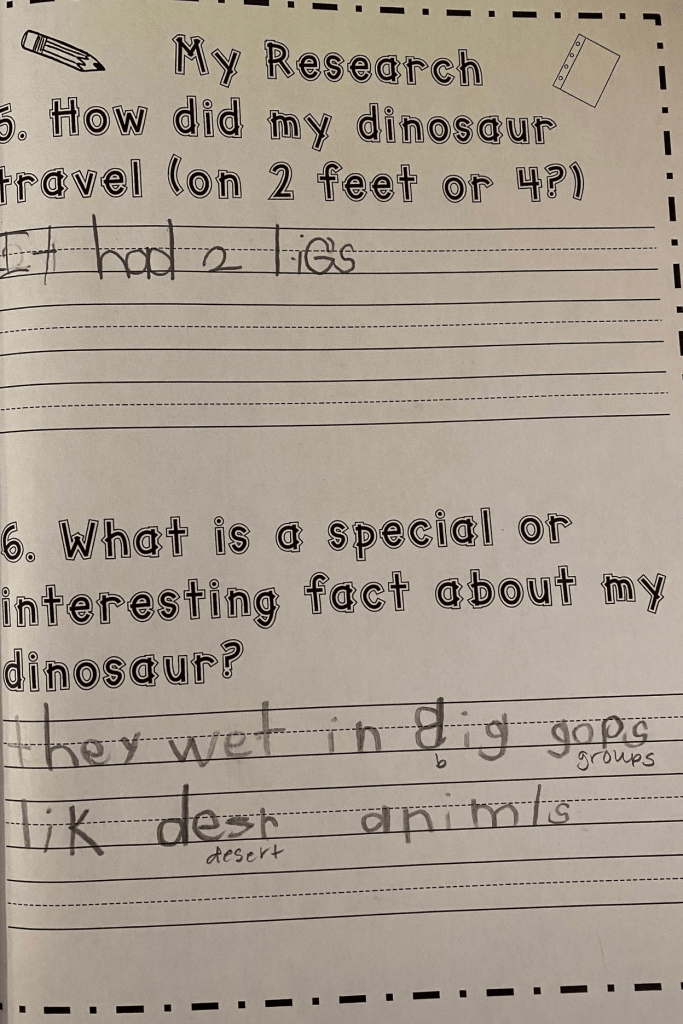 As part of this collaborative unit, the kindergarten class learned about dinosaurs in each of their specialist classes. In Technology, for example, students drew and labeled their chosen dinosaur. 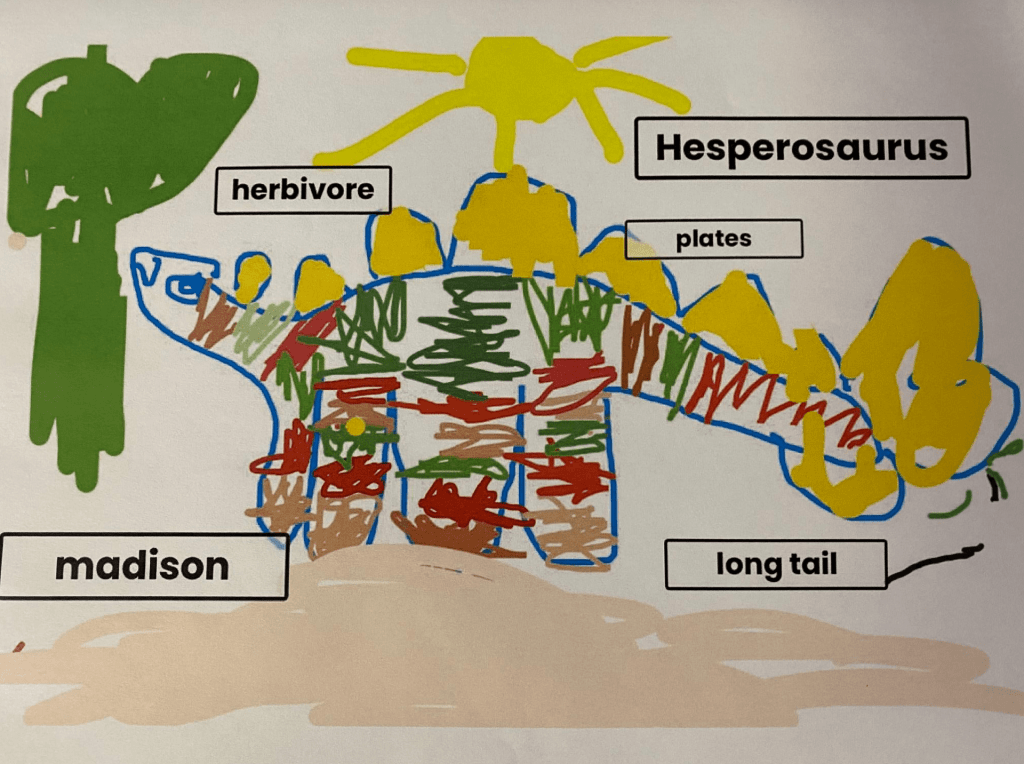 In art class, students used oil pastels to draw their dinosaur in their habitat. 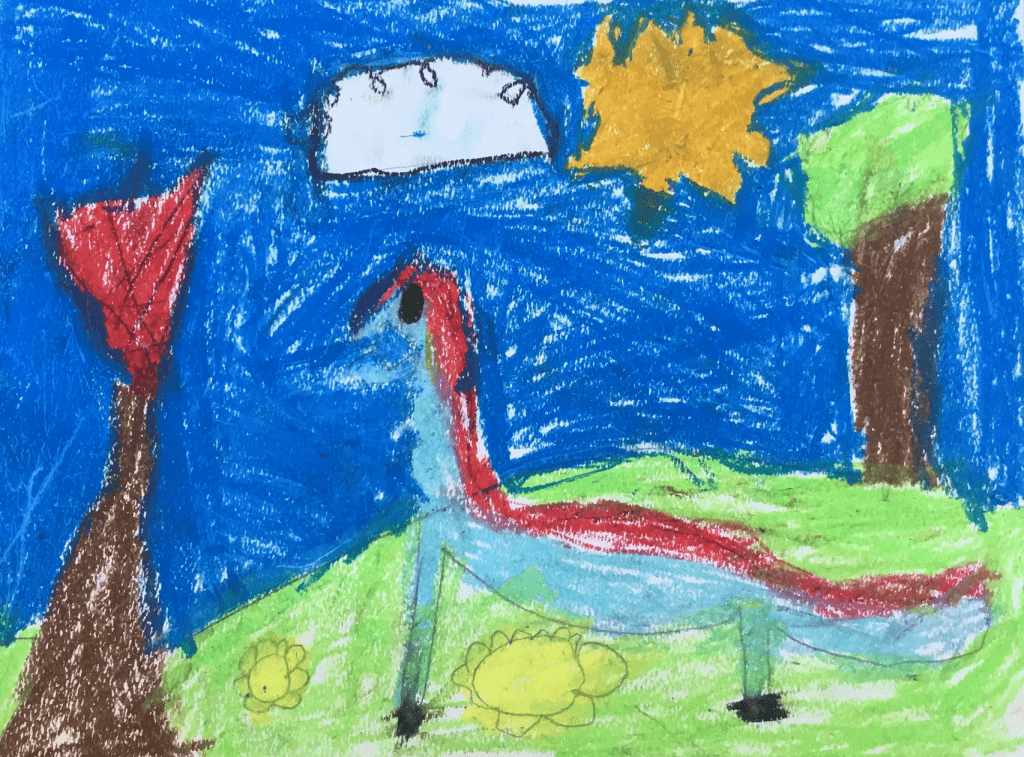 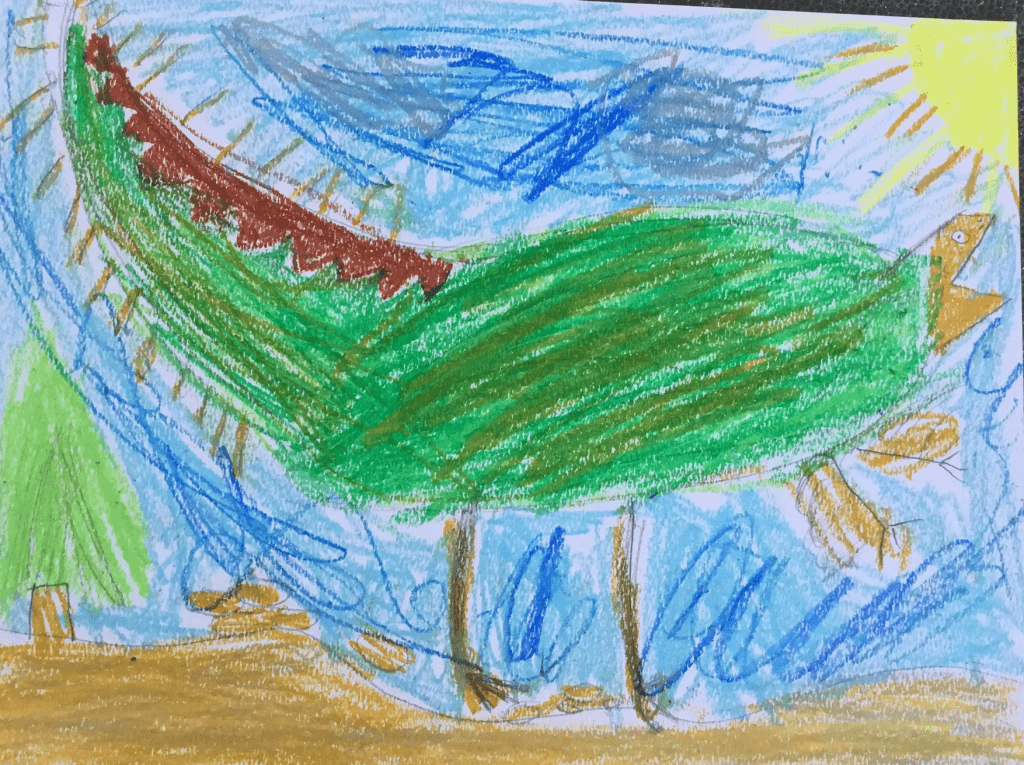 The final piece was a clay sculpture! 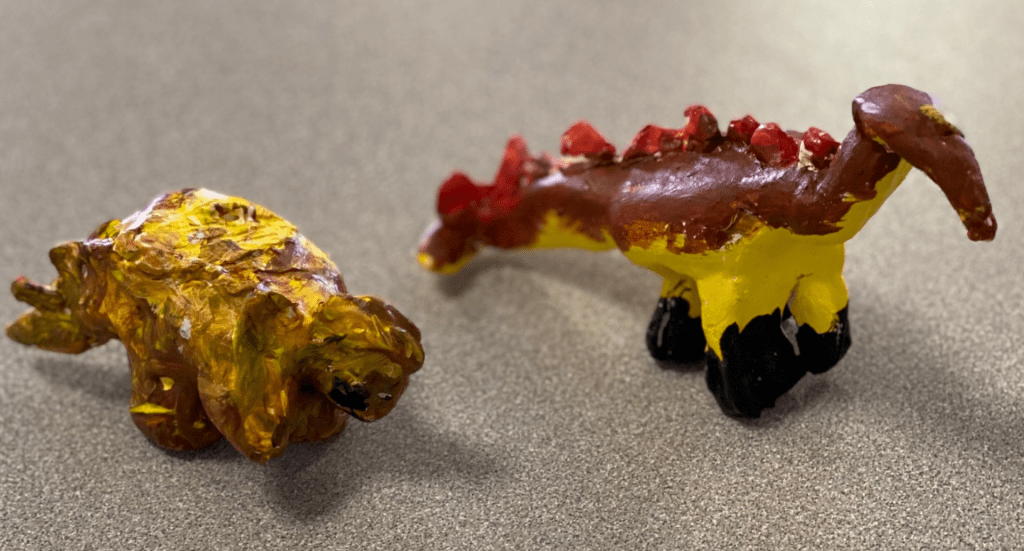 We took all these collaborations and put them together using an app called Shadow Puppet. Here is the end result:

I am so proud of the students’ projects!

This process started back in February when students chose a dinosaur to research using a wonderful emergent researchers database called Pebblego! I created a packet with sentence frames for the students to use to guide their research.  Read more about this process here:

In conjunction with art, students painted their chosen animal using the PopArt style of painting.  Remember these fantastic pieces?! 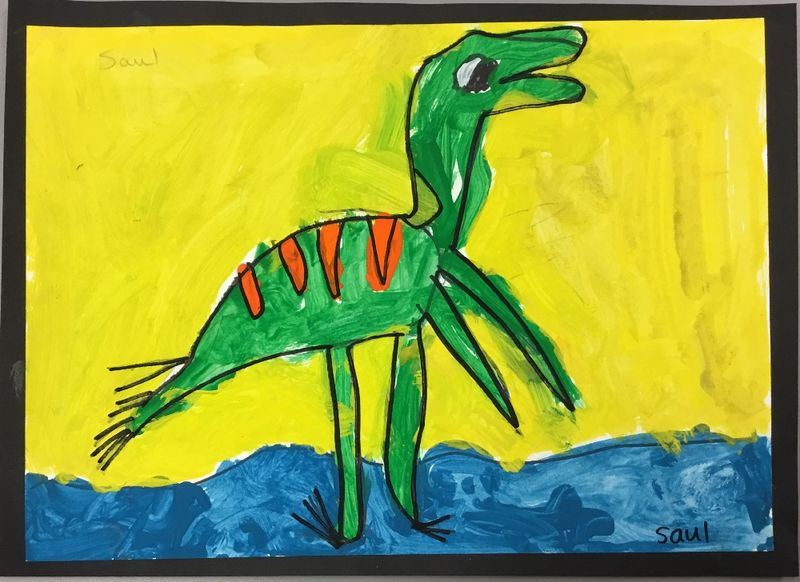 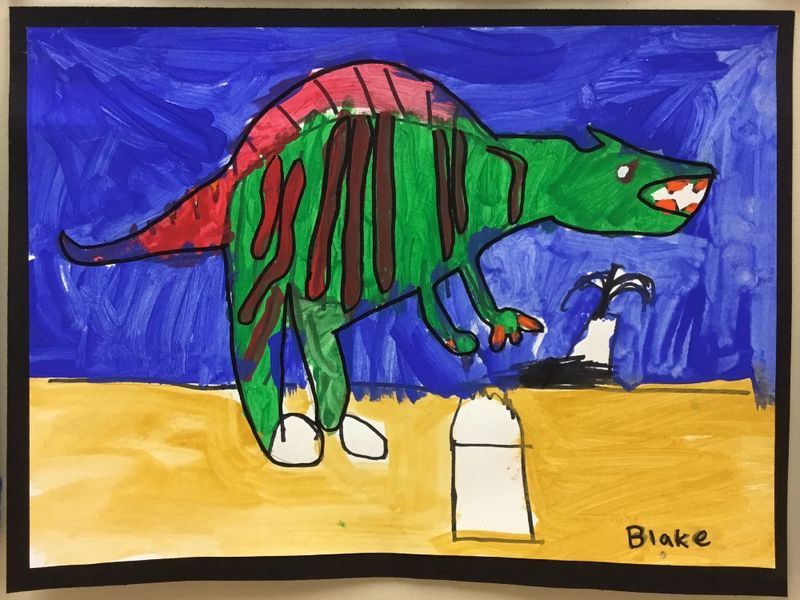 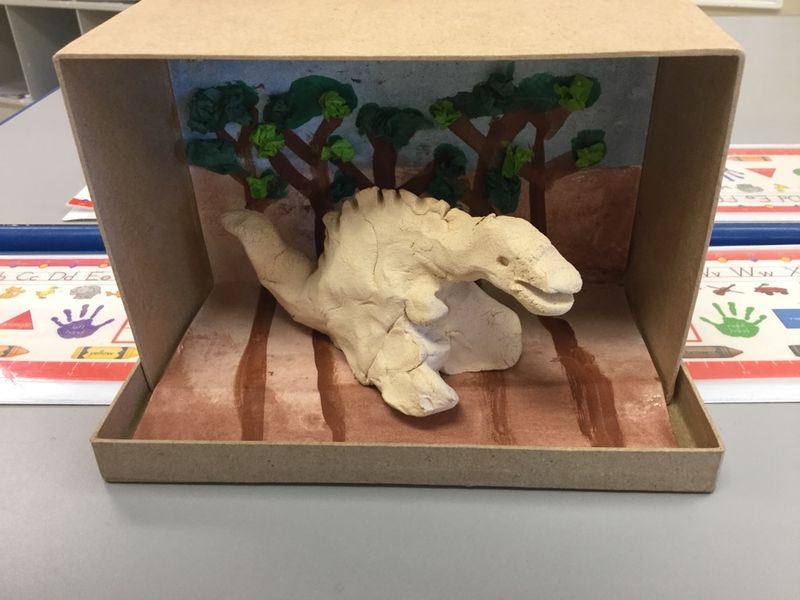 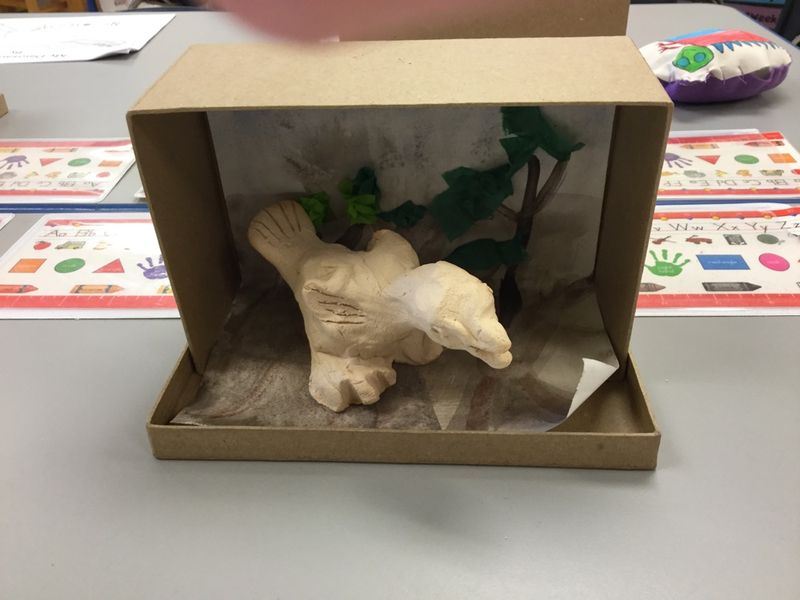 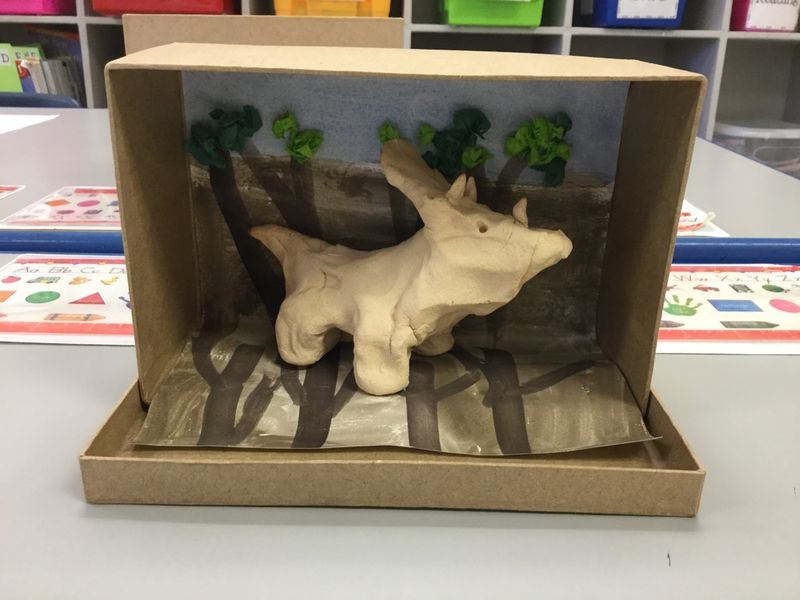 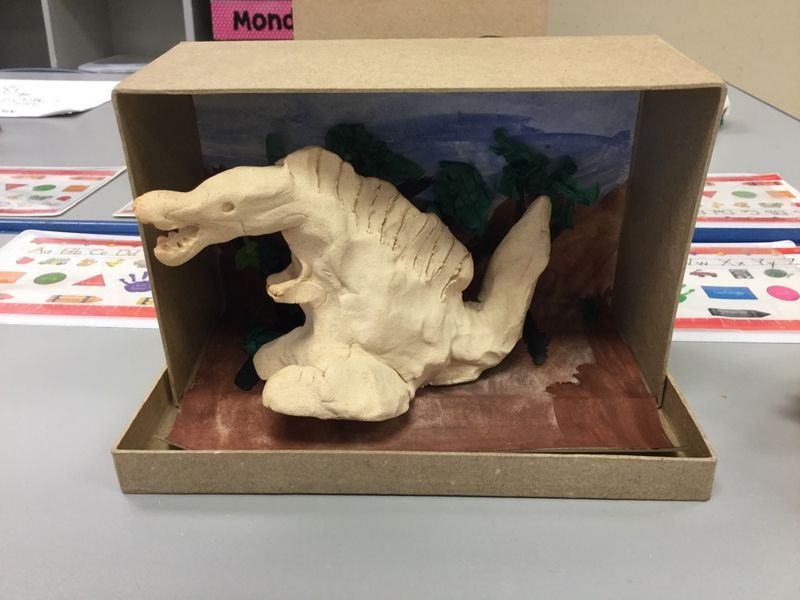 Students then took pictures of these items and organized them into an app called Shadow Puppet. They recorded themselves reading their research reports and created these final projects.

The dinosaur pillow project started back in March, when students illustrated a dinosaur using fabric markers, sewed, and stuffed their pillows. 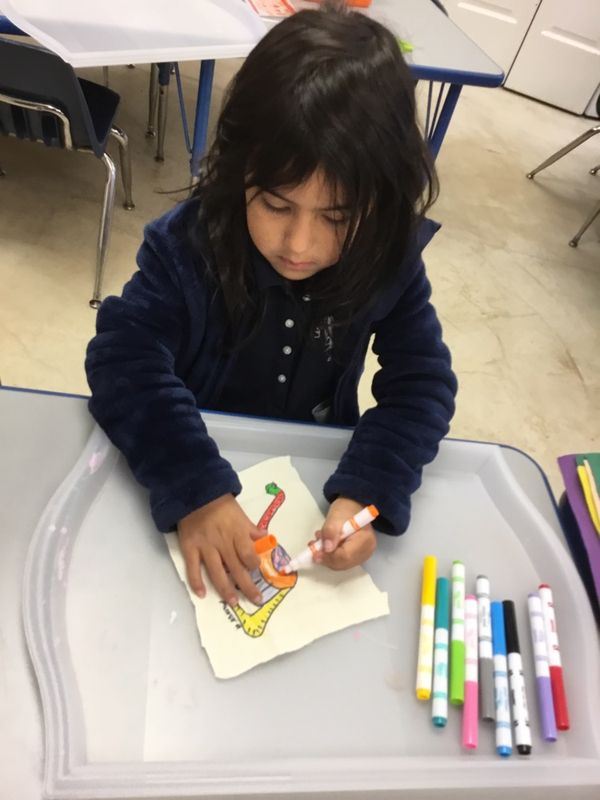 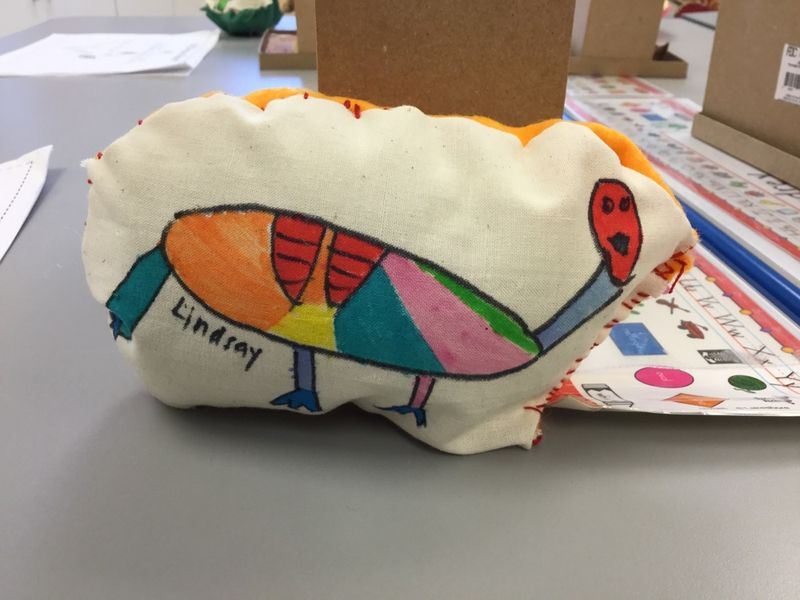 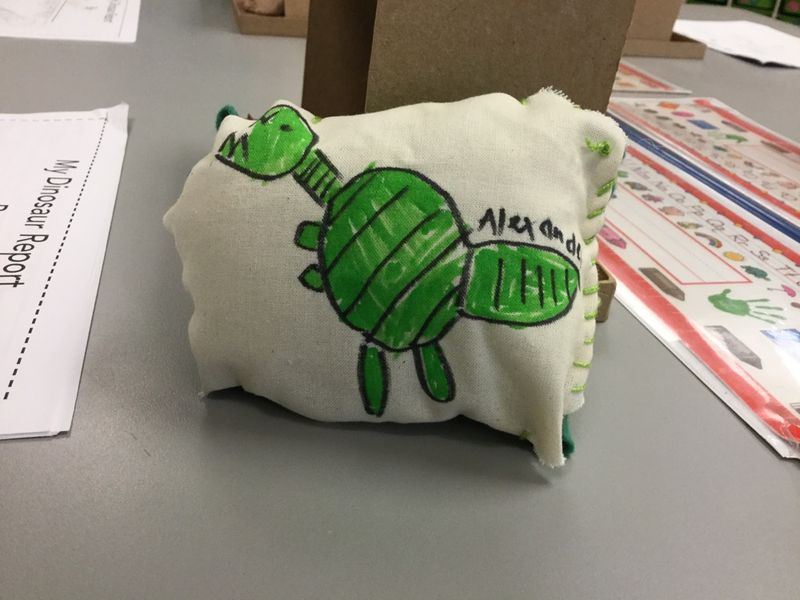 And now we dive into oceans!

“Each database features expertly-leveled and navigation specifically designed for your beginning researchers. Enriched with spoken-word audio, text highlighting, and audio-visual media, PebbleGo builds a foundation of research skills for every learner.”

I have been excitedly awaiting the dinosaur unit so that the students can take full advantage of PebbleGo. The first step was to have students carefully chose a dinosaur with which they were not familiar. PebbleGo has definitely opened all of our eyes in regards to the many, many types of dinosaurs. Students spent two reading group rotations exploring the database before narrowing down their interests to one dinosaur. That was a challenge! Each time a student read about a different dinosaur, that became the dino they wished to research. At last, the final selections were made.

In preparation for today, I created a template for the students to use for this second step of recording their research. The topics of research include body, habitat, diet, natural defenses, a comparison to an animal today, and an interesting fact. I also wrote each dinosaurs name on a sentence strip.

During the research process, students will read or listen to the information presented on PebbleGo. Using that information, they will write down facts that pertain to each of the categories I listed above using their best guess spelling. We will be focusing on writing mechanics, including using a capital letter at the beginning of the sentence and with proper nouns, and lower case letters wherever else. Students are encouraged to fit the letters between the lines and leave finger spaces between words, and, finally, end each sentence with punctuation.  Whew!! That’s a lot of skills!

Here are two examples of some of the work completed today. 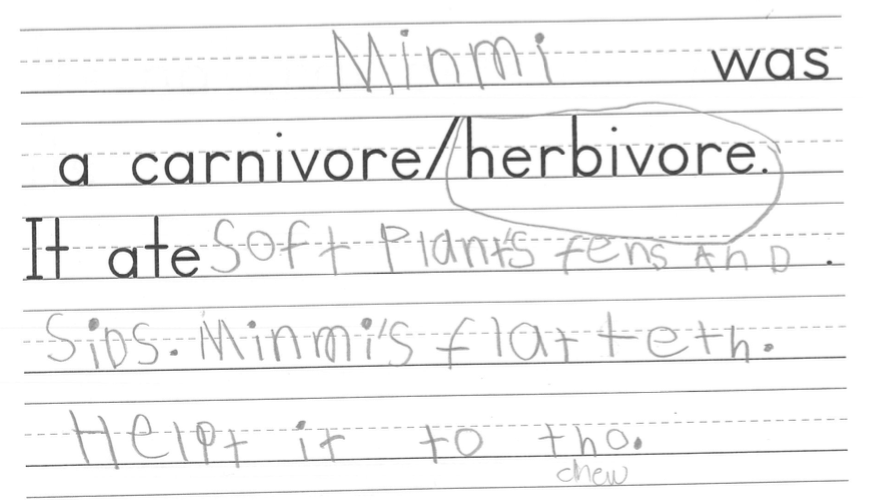 All the information researched will become part of a presentation the students will create and present at the end of the dinosaur unit. More to come soon!