The kindergarteners explored number stories today. Building on our math lesson from yesterday that integrated Jan Brett’s story The Mitten,  we had a little fun with a mitten of our own. I had the student sit in a circle on the carpet and began to tell them a story, using a white mitten and some math manipulatives to help illustrate.

“Once there were six bears who were very cold. They found a place to keep warm inside a white mitten. Soon three cats heard a lot of commotion and wanted to see what was happening inside the mitten. The bears were having a party! The cats joined the three bears. How many animals were there all together in the mitten?” 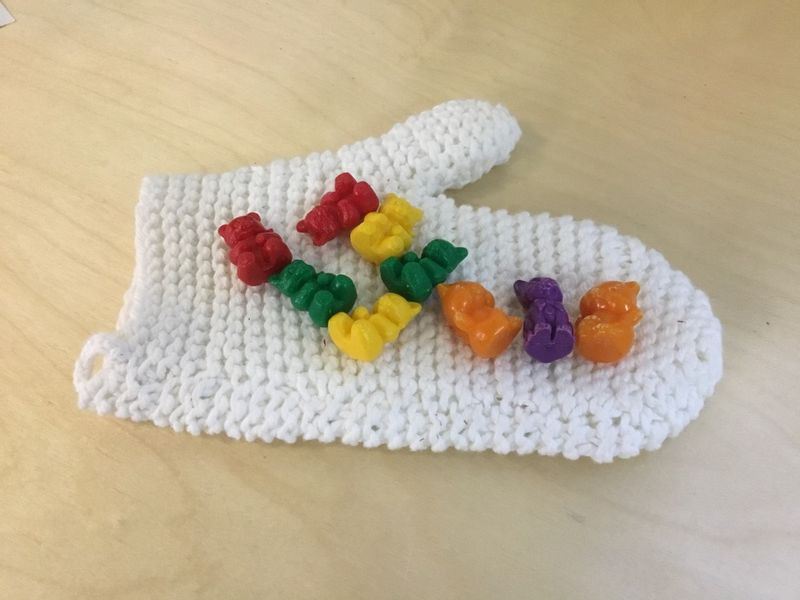 The students right away shouted, “There are nine animals!” I asked them if the words in the number story were telling us to add animals or to take animals away. They agreed that we were adding. I asked the students which words in my story gave them a clue as to whether to add or subtract. They said that the word joined was their clue. Correct!

Next, I gave the students a different scenario….”There were seven bears snuggling in the mitten to stay warm. Suddenly, the big bear coughed and POP! Out flew three bears! How many bears were left?” I again asked the students whether we were adding or subtracting….they recognized that the story I had told was indeed a subtraction story and that the words were left were the clues that told them so. 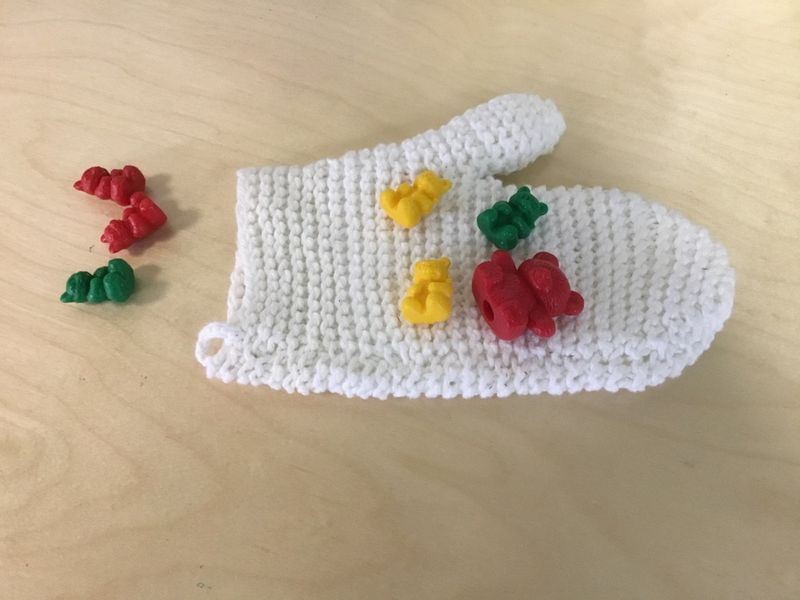 Time for independent practice! Each student had the opportunity to write and illustrate both an addition and subtraction number story. Look at how they came out! 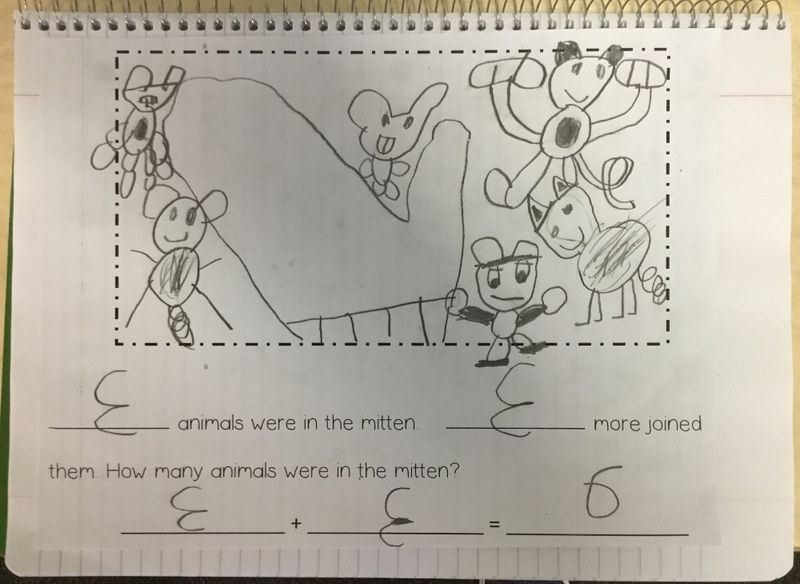 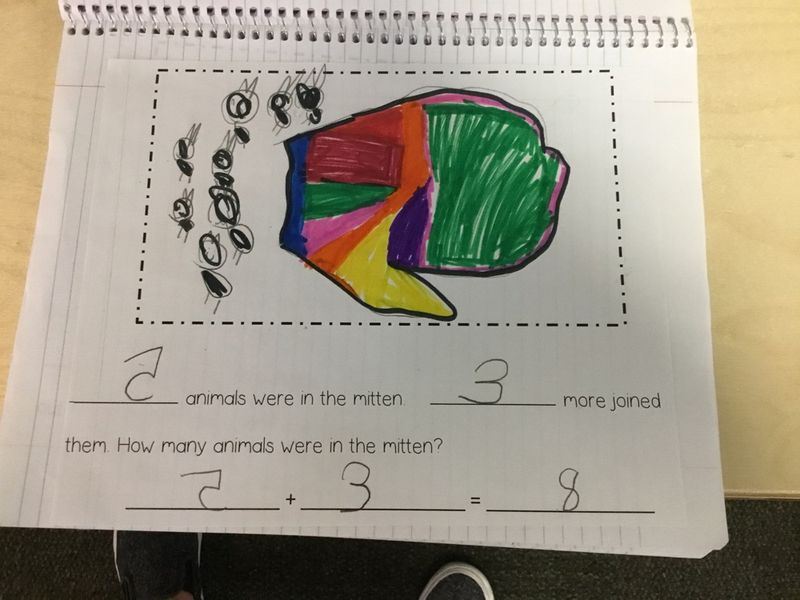 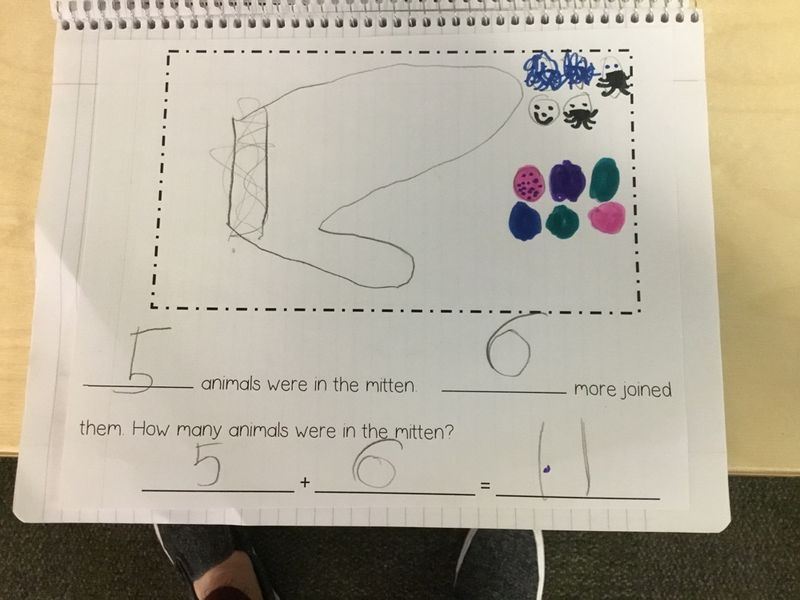 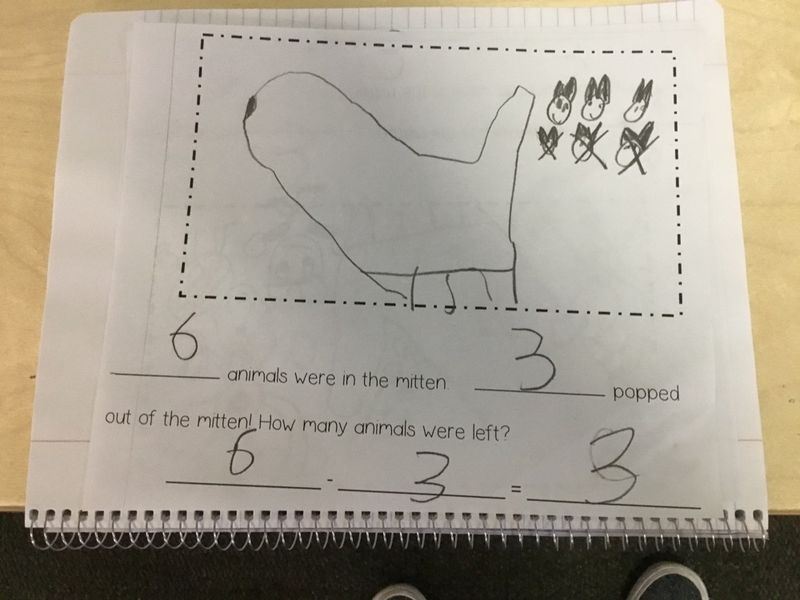 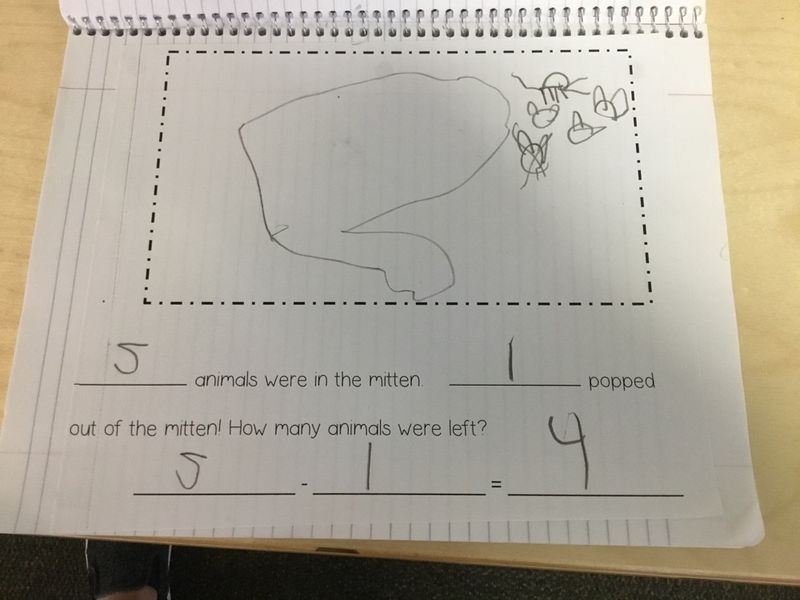 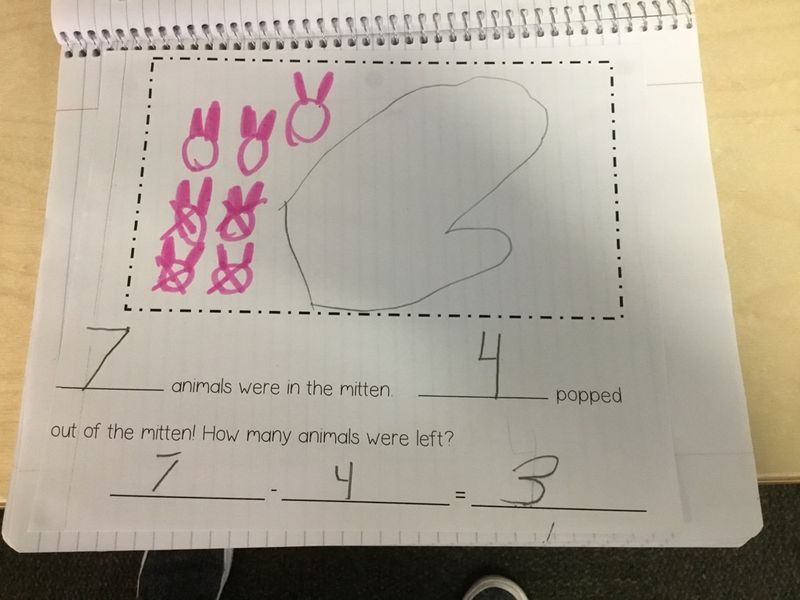 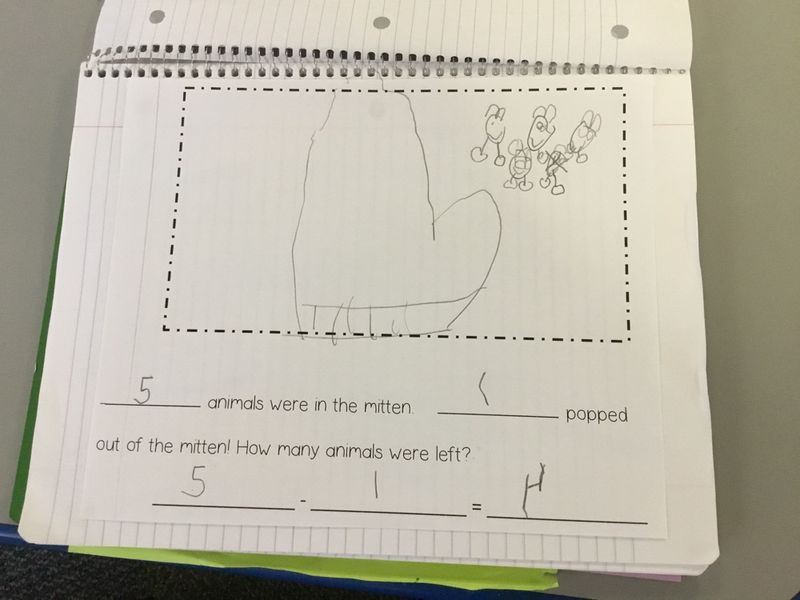