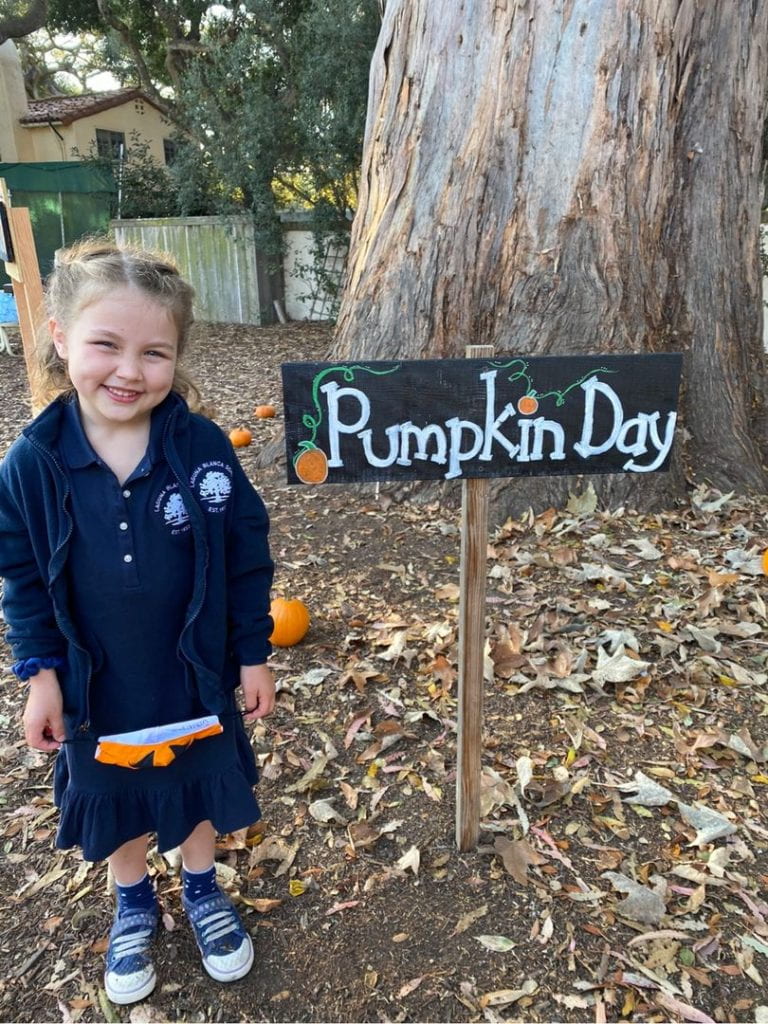 We made lemonade out of lemons today! Usually, this is the day we take our first field trip of the year to our local pumpkin patch, Lane Farms. With field trips on hold right now, I wanted to make a special day where the kindergarten students still got to visit a pumpkin patch…only the pumpkin patch would be in the backyard of the school! I shared my idea with our class Room Parents, and they offered to deliver a load of pumpkins from which the children could each choose a pumpkin. The next step was for me to create a festive pumpkin patch. Thanks to Pinterest, I was inspired by fall decor and decided to paint some signs and build a pumpkin stand. 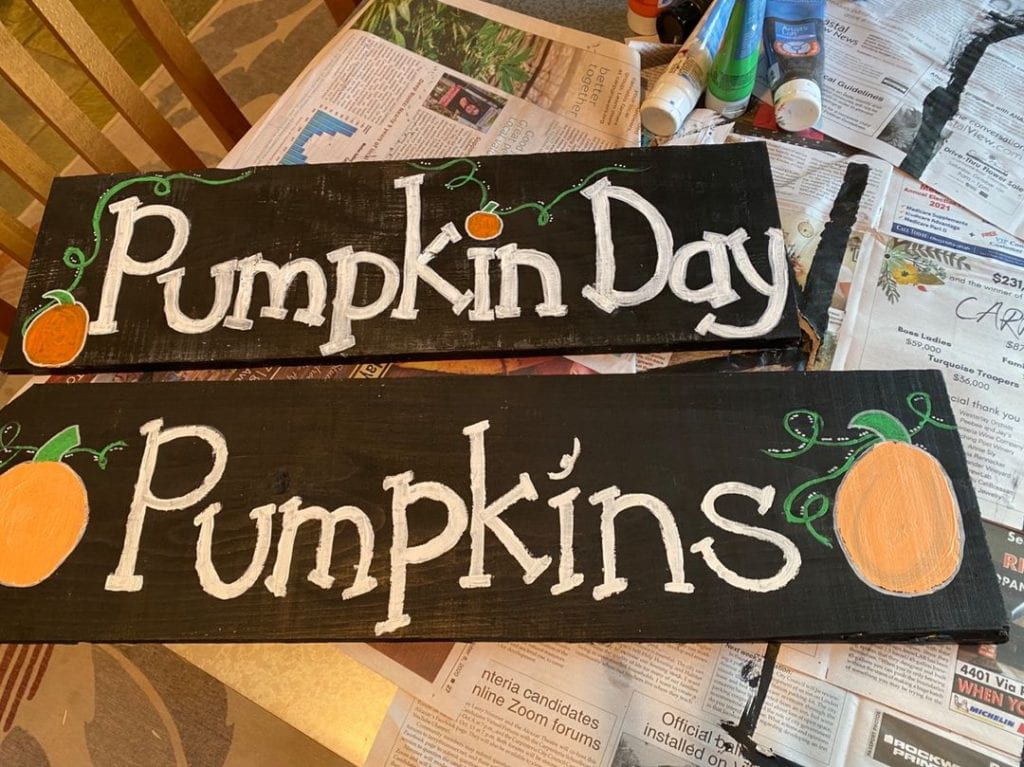 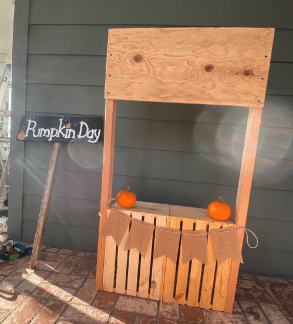 I found the instructions to build this stand on Pinterest…it uses two wooden craft crates and several other pieces of wood. My husband and I constructed it in less than 30 minutes…the best part is we added eye hooks to the sign, and now I can switch out the signs quick and easy! 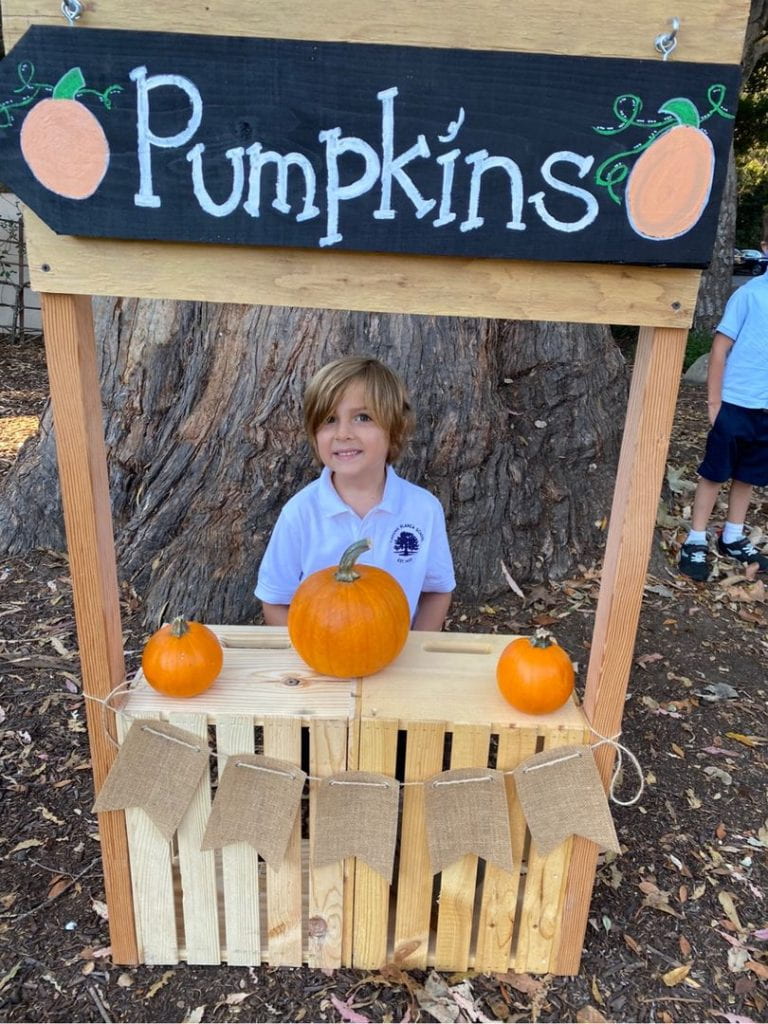 Here is a sneak peek of the pumpkin patch before the students arrived:

And here is a video of the students coming to the patch!

I loved and appreciated how excited they were! 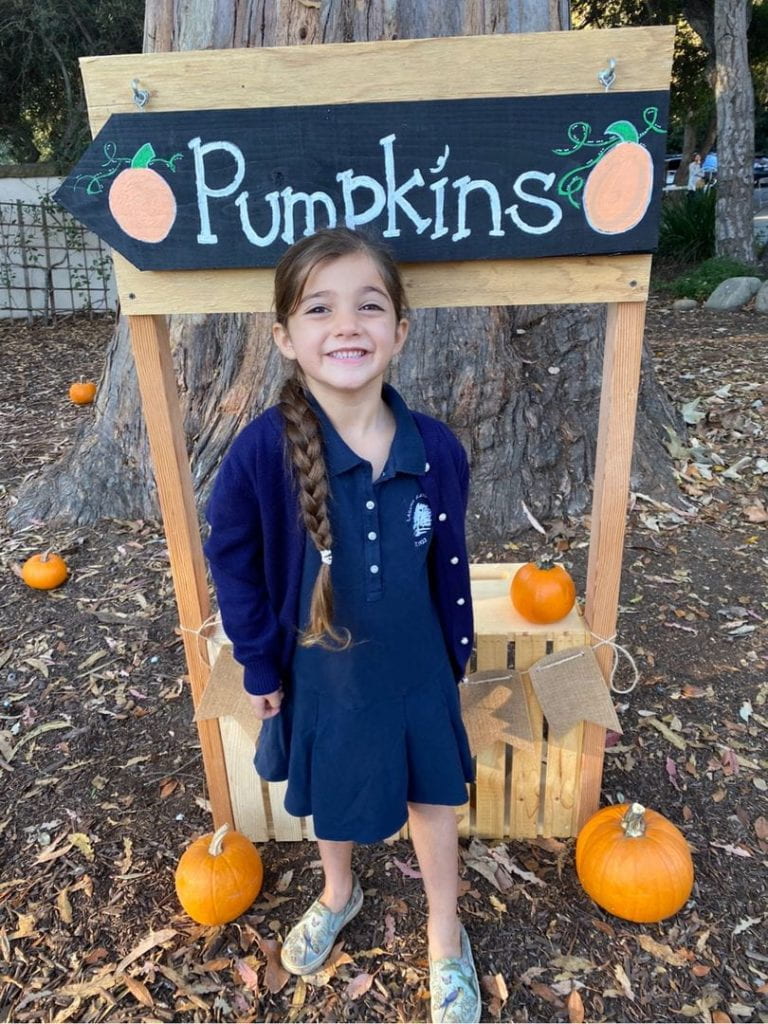 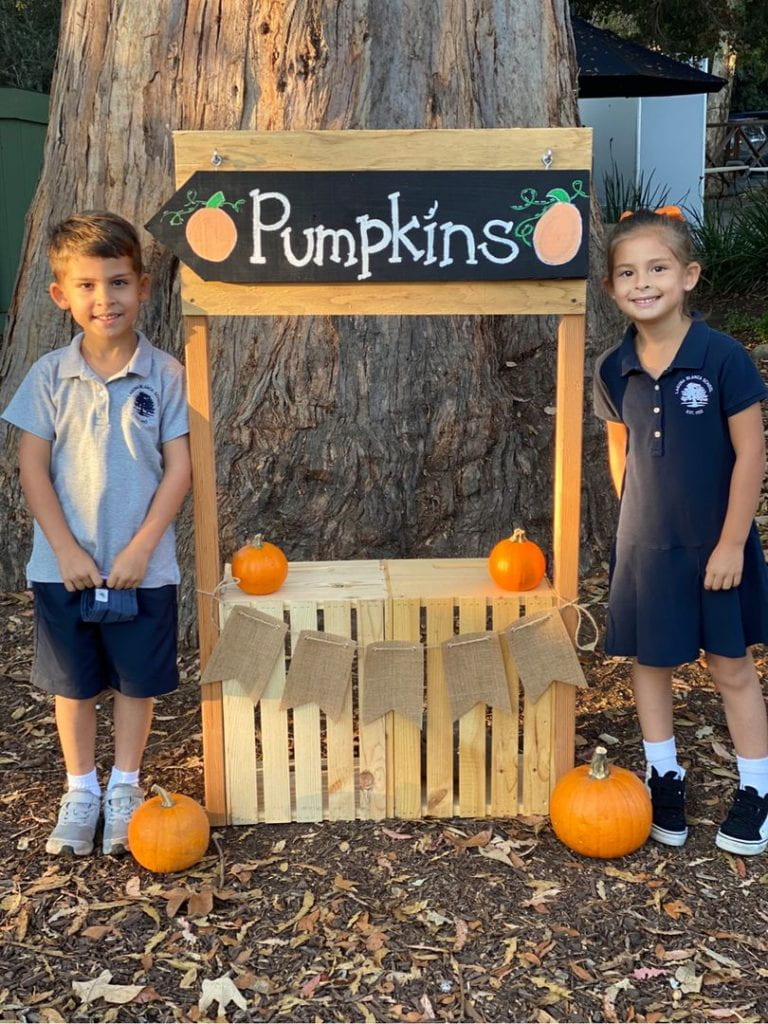 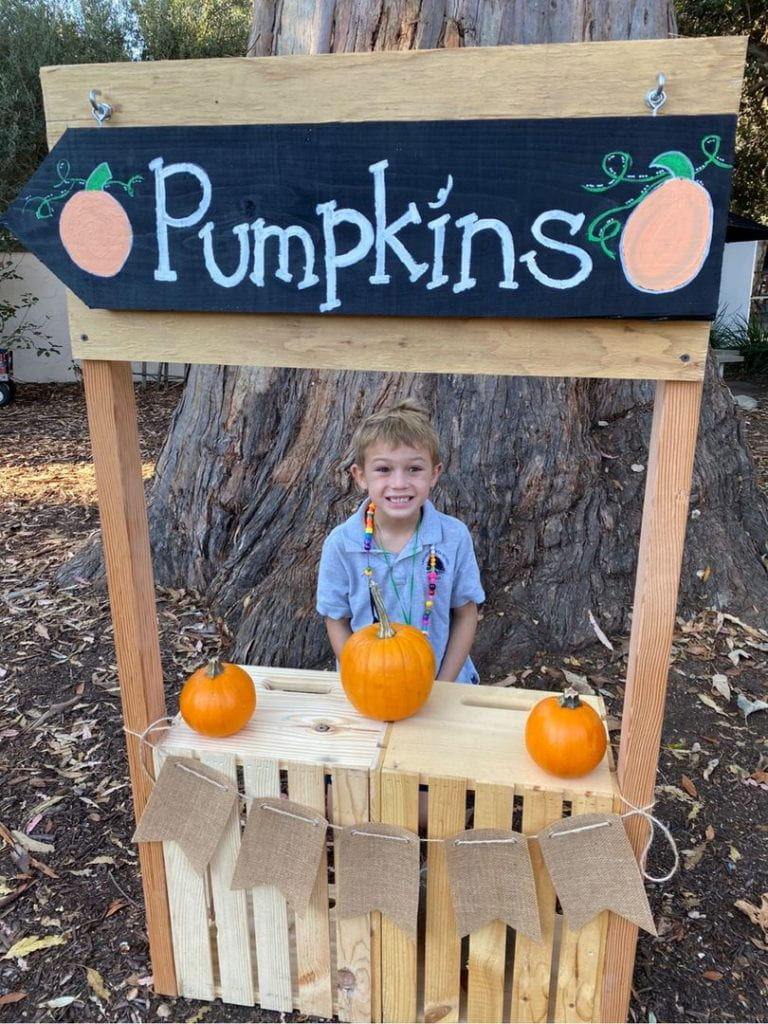 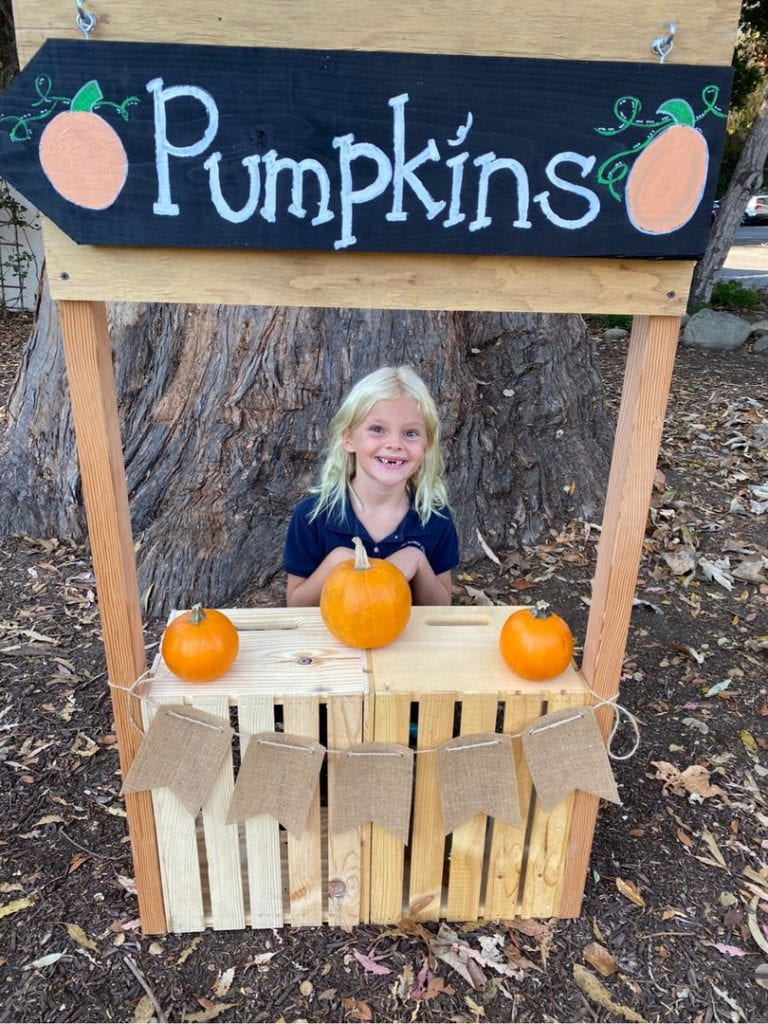 So I called today “Pumpkin Day” to create more excitement, and I was sure to plan lots of pumpkin-themed activities! In addition to choosing a very special pumpkin, students also made playdough jack-o-lanterns. 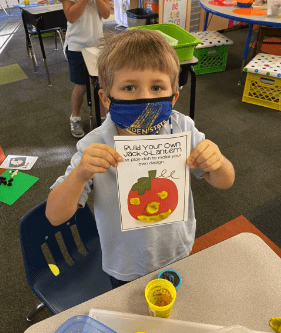 Students were introduced to the concept of estimation. I showed them a mason jar that I had filled with candy pumpkins and asked them to estimate or make a best guess of how many pumpkins were in the jar. 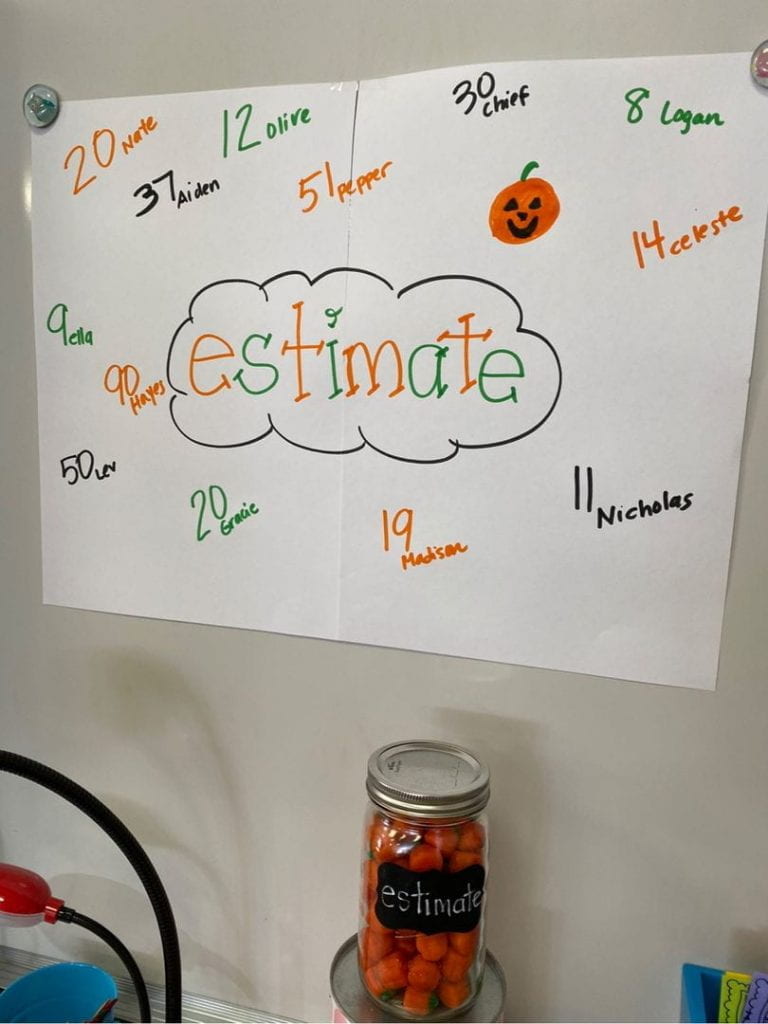 Estimation is SUCH a tricky concept, and often children struggle to take the risk of making a guess for fear that they will be incorrect. I was proud of how these students confidently approached this activity with 100% of them participating! To clearly demonstrate how many pumpkins were in the jar, I turned on my new document camera and, while counting aloud, arranged the pumpkin into columns of 10. This was a perfect extension to our math lesson yesterday, which focused on counting by tens! We soon discovered that the jar was filled with 72 pumpkins! The children were surprised that there were so many! 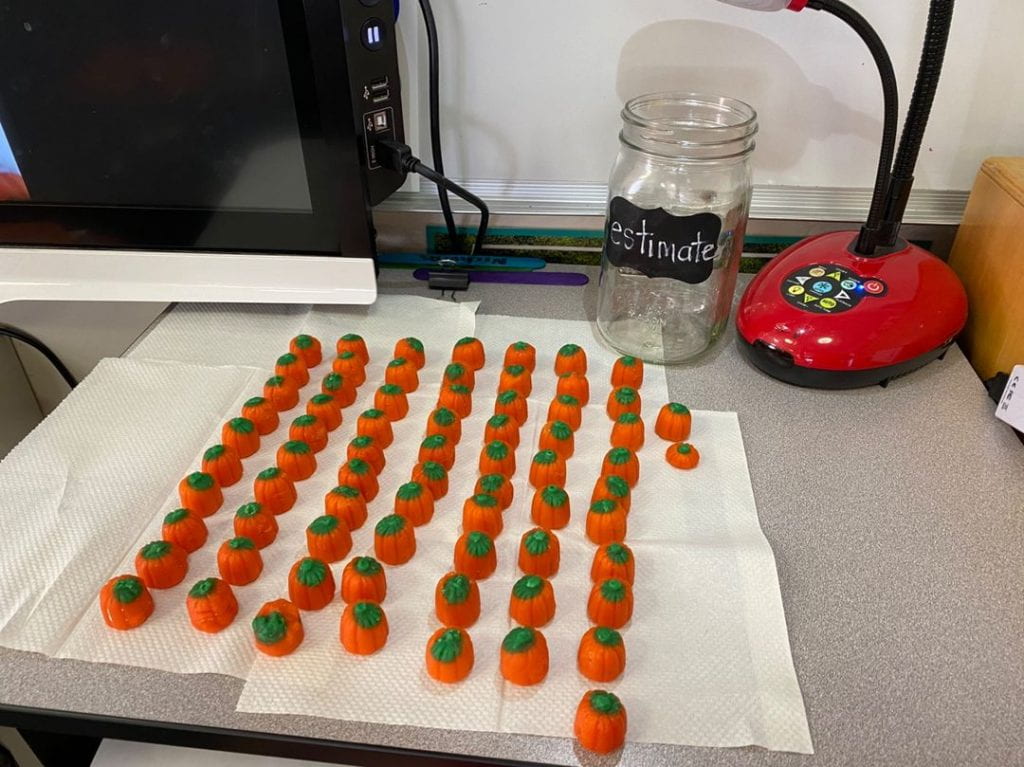 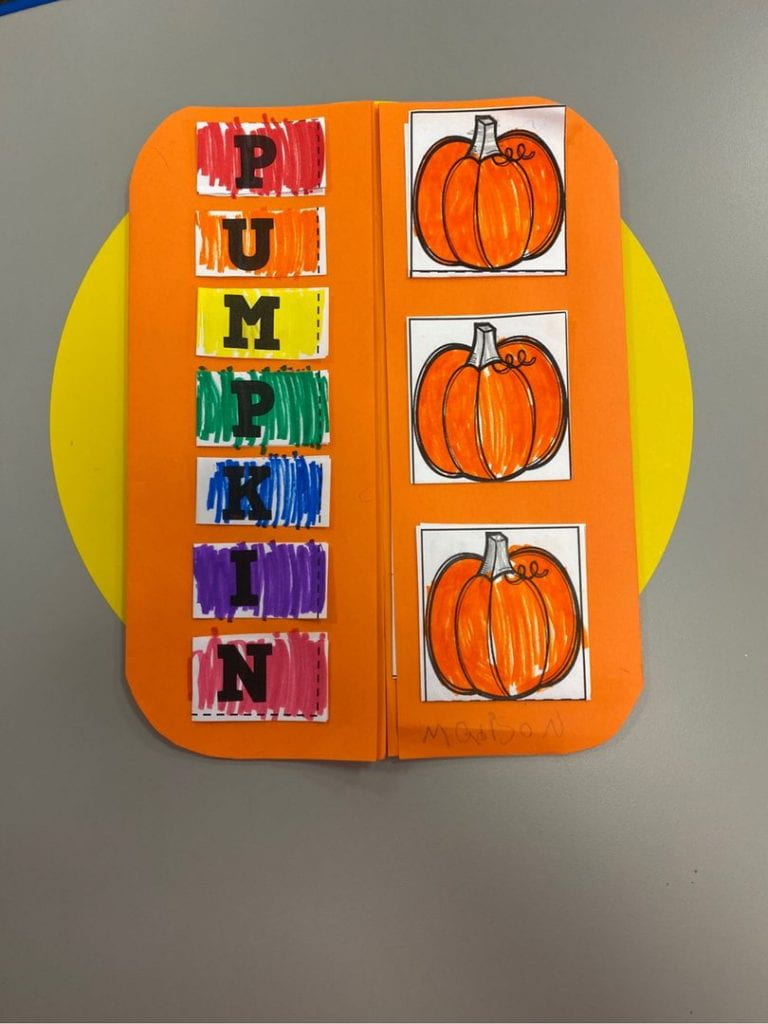 We learned about adjectives during an activity where we brainstormed words to describe a pumpkin using the letters in the word pumpkin. It was hard work, but we came up with:

U: Umbrella (because the yellow flower looks like an upsidedown umbrella!) 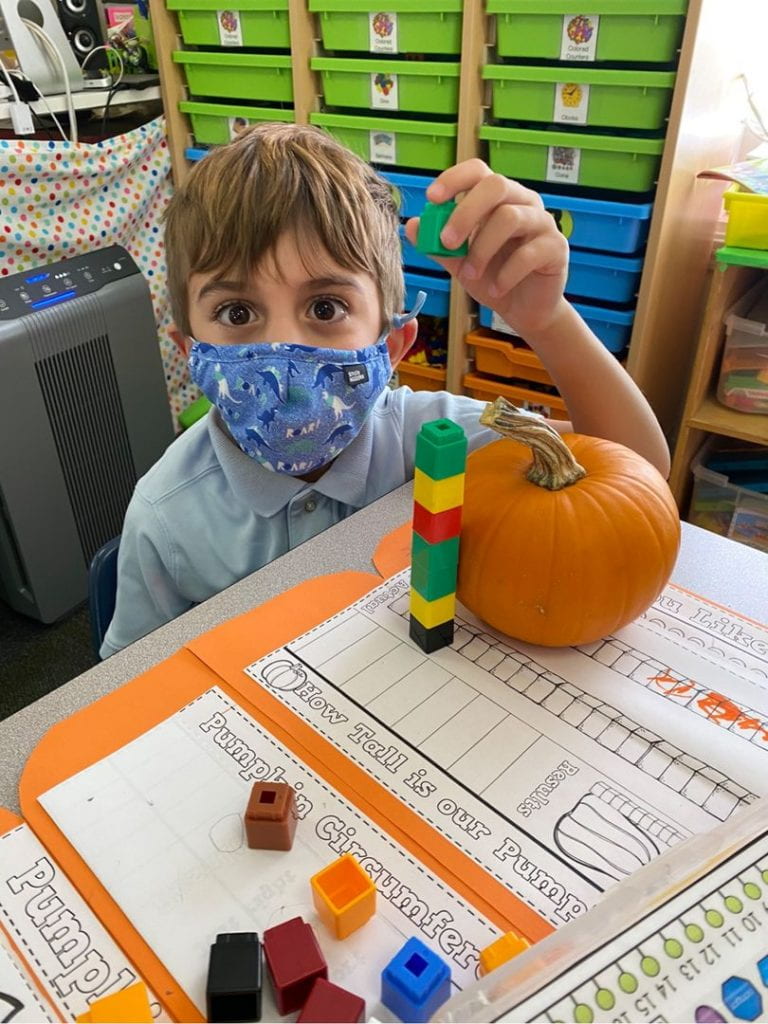 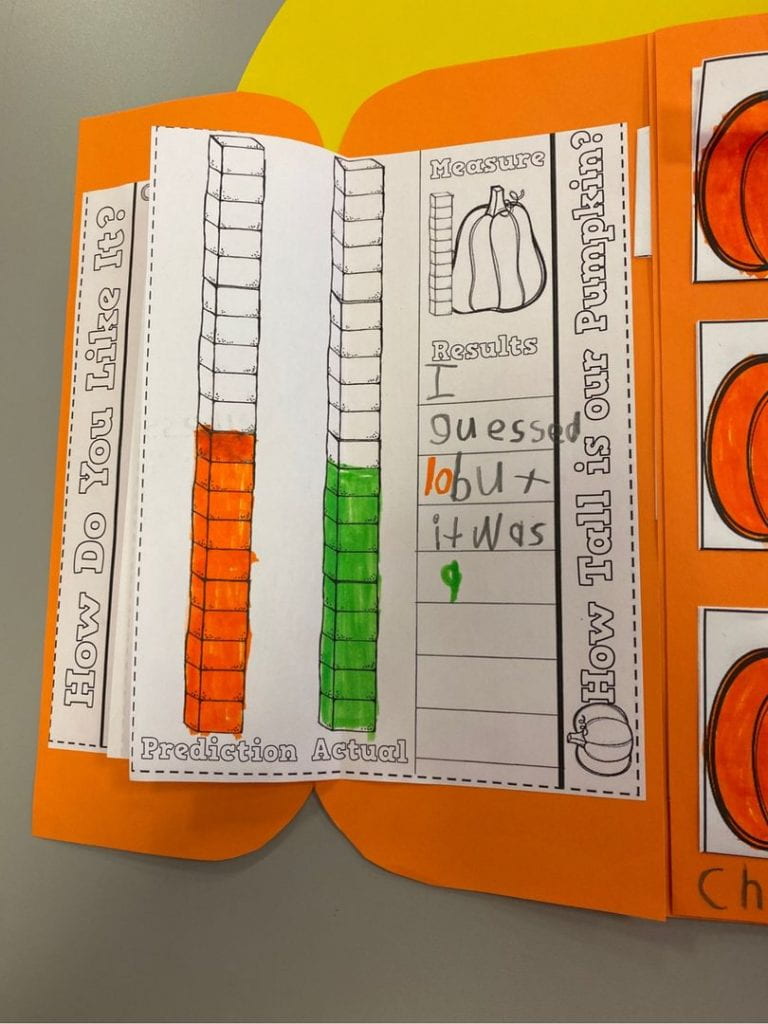 We also took a survey. How do you like to eat pumpkin? was the question I posed. I asked students to first write their answers using the sentence frame, ‘I like…” Then I called them up to the SmartBoard one at a time to record their response. Meanwhile, students recorded the information we collected in their pumpkin books! 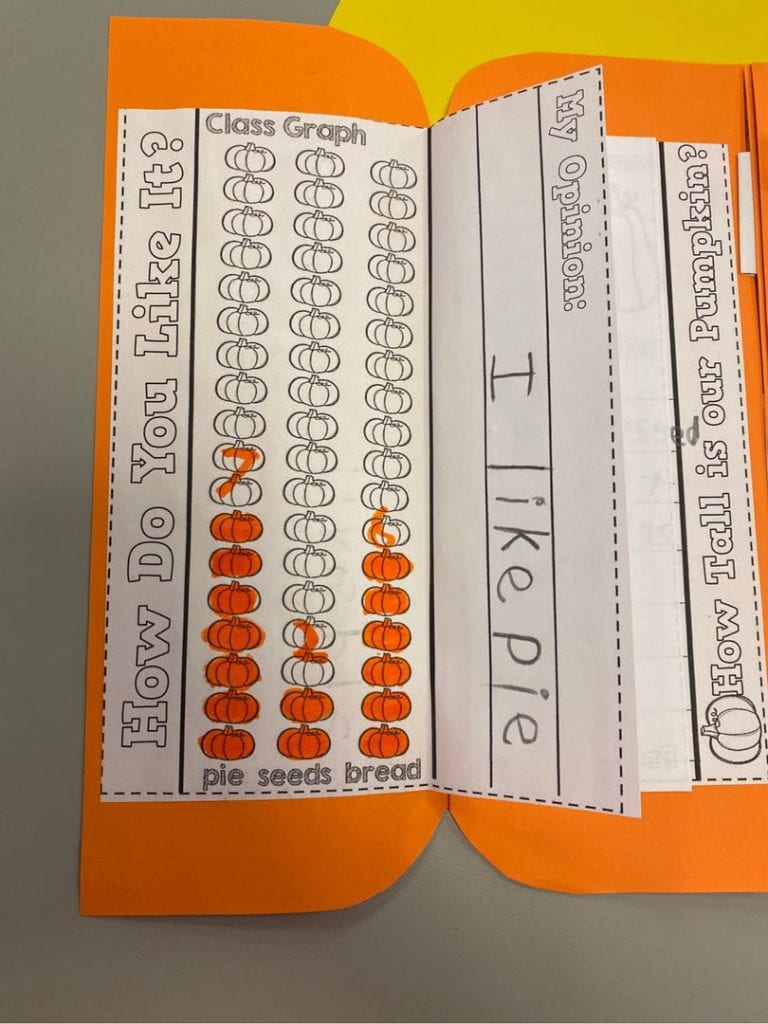 We explored the pumpkins using our five senses. Can you guess which sense each group describes? 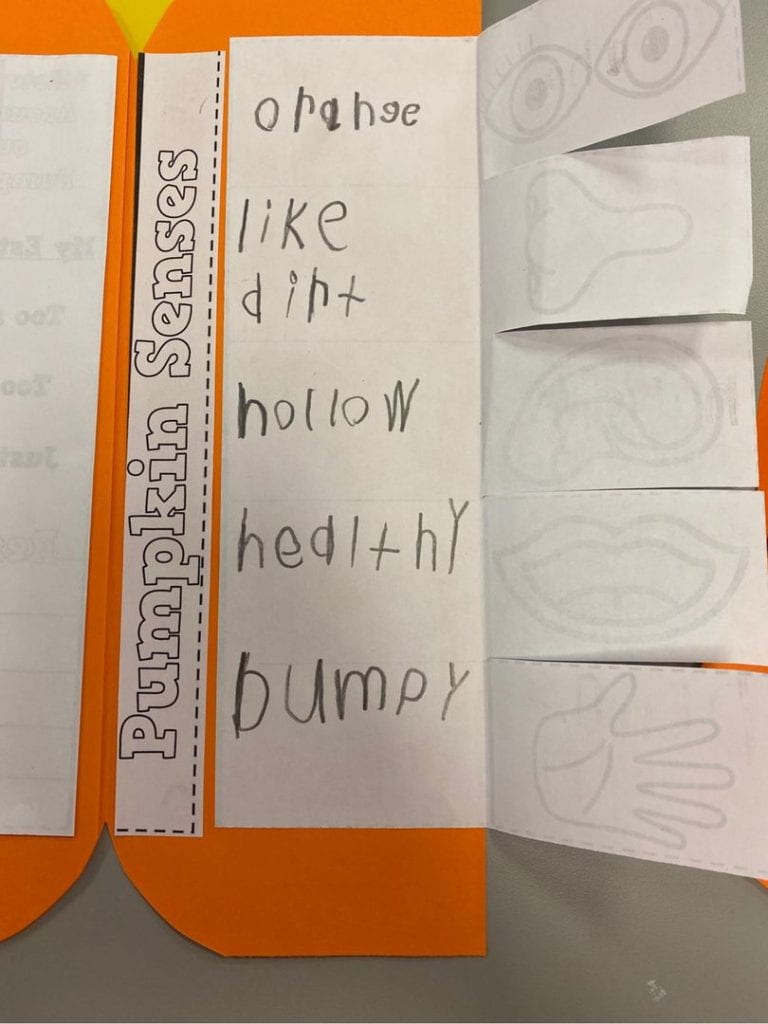 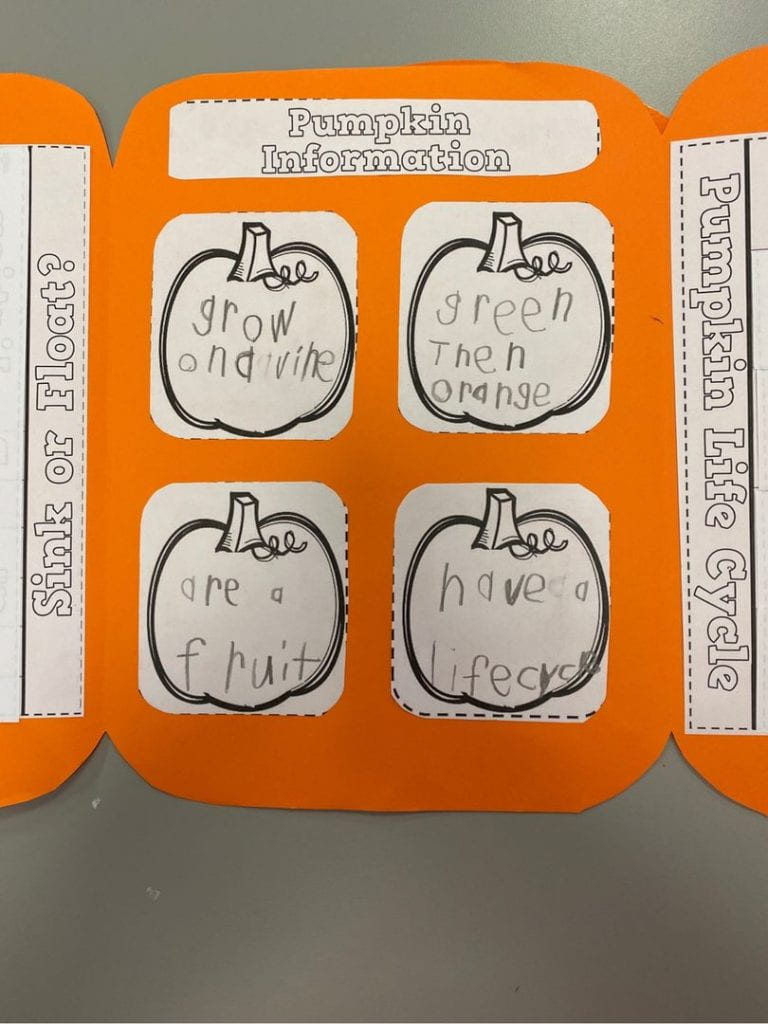 I’d say it was a very successful Pumpkin Day! 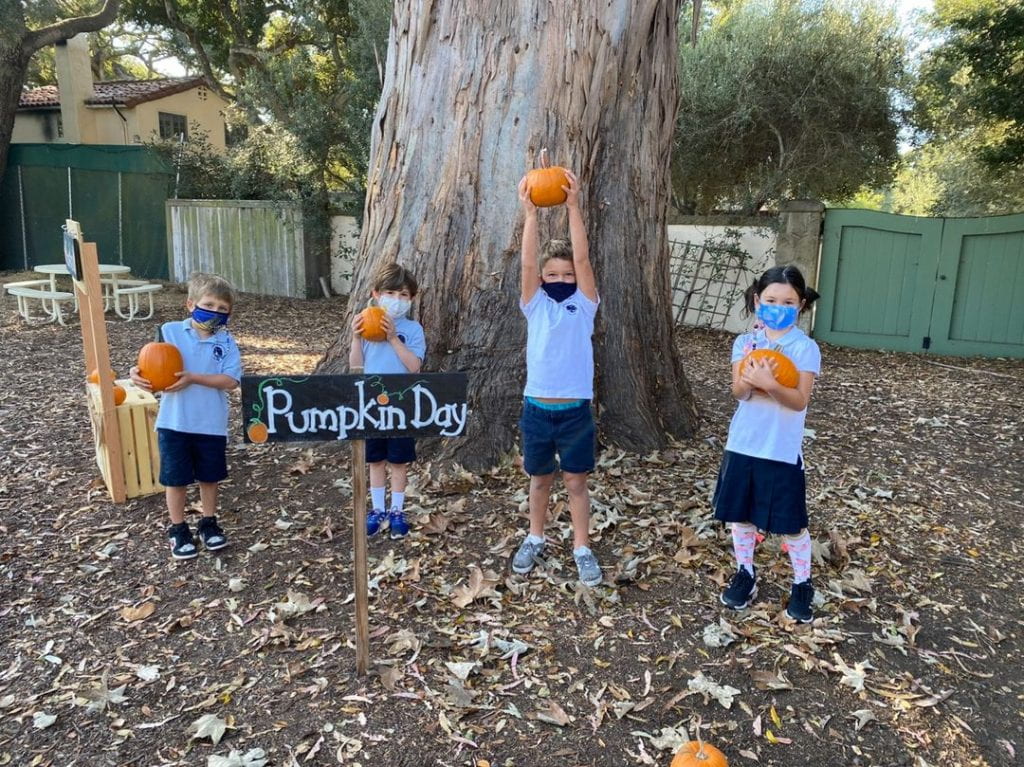 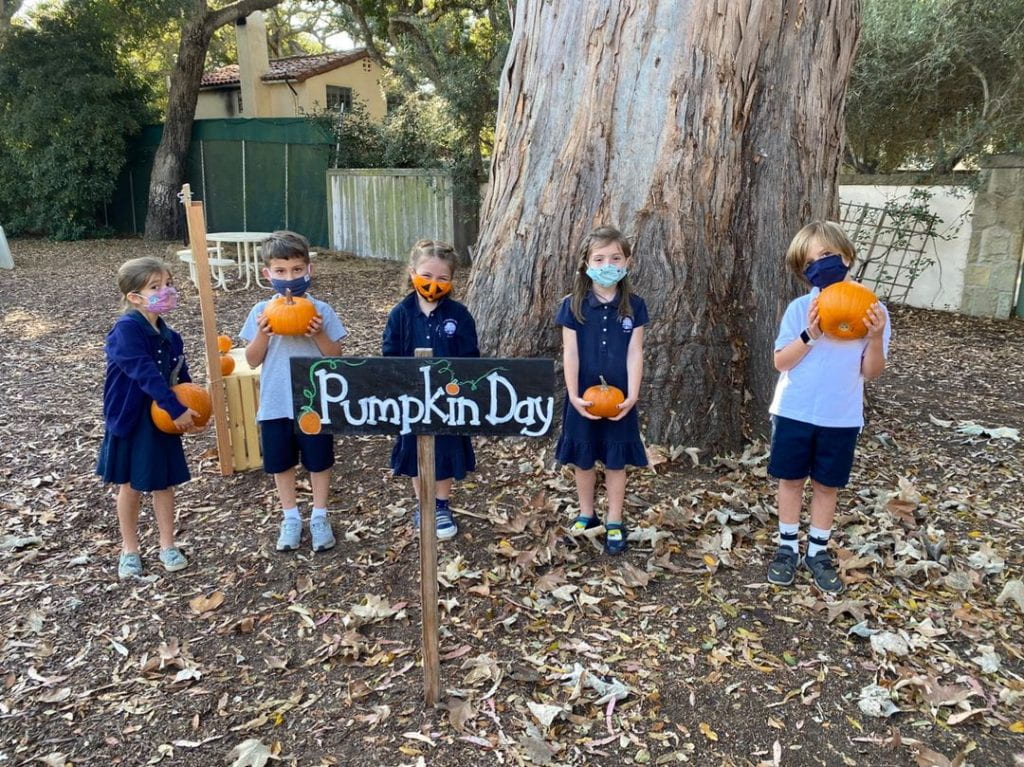