When I arrived at school Friday morning, the letter D was missing from our alphabet wall cards! We had a crime scene on our hands! I processed the clues that the suspects left behind and got busy setting up a display of evidence so that my kindergarten detectives could solve the case!

I met the students outside when the bell rang. They were very curious about the yellow caution tape. I explained the situation…the letter D is missing, and we need to find out who took it! I directed the students to the carpet, where we took a closer look at the evidence that our suspects had left behind. Click on each of the underlined words below to watch videos of the morning unfolding.

Once all the activities were introduced, students joined their group to complete each of the five activities so that they could earn their clue to discover who did not steal the letter D. The activities included:

1. Write the room: students searched the room to find cards with the letters of the alphabet. Each card was missing a letter, and the students needed to figure out which letter was missing. 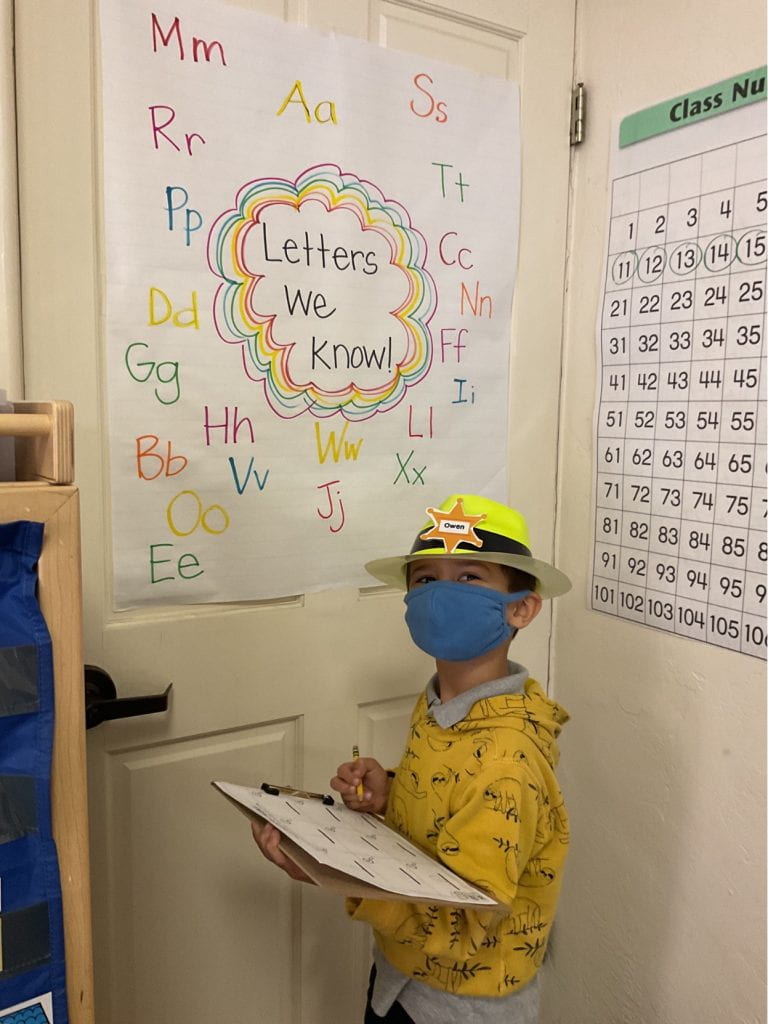 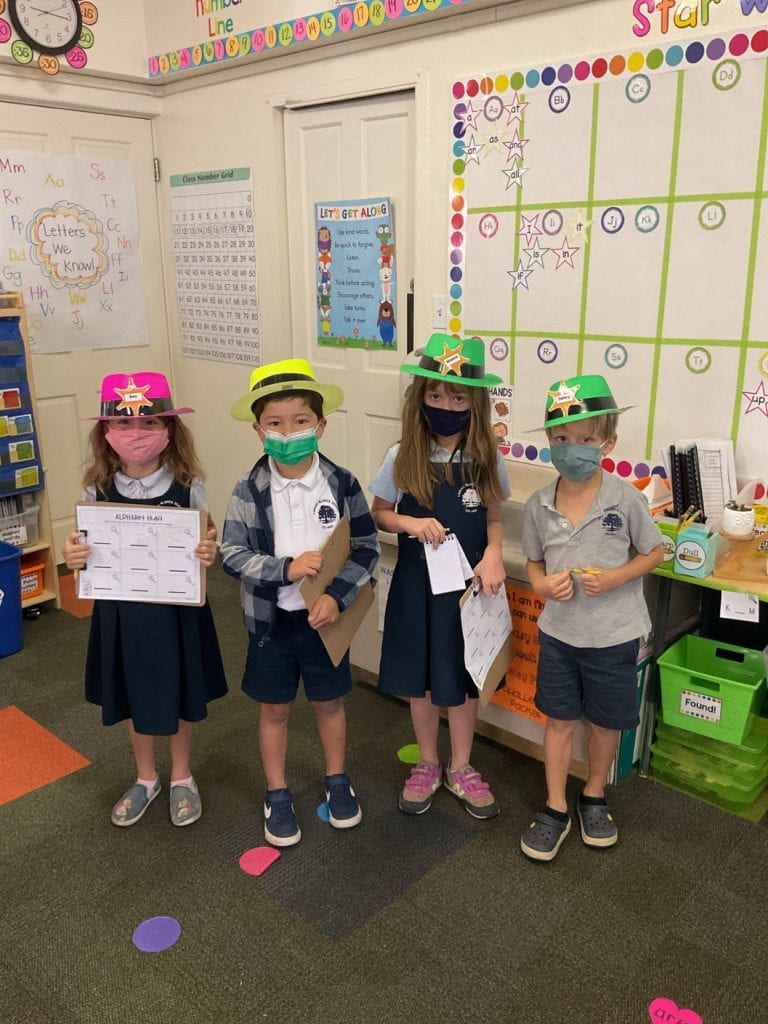 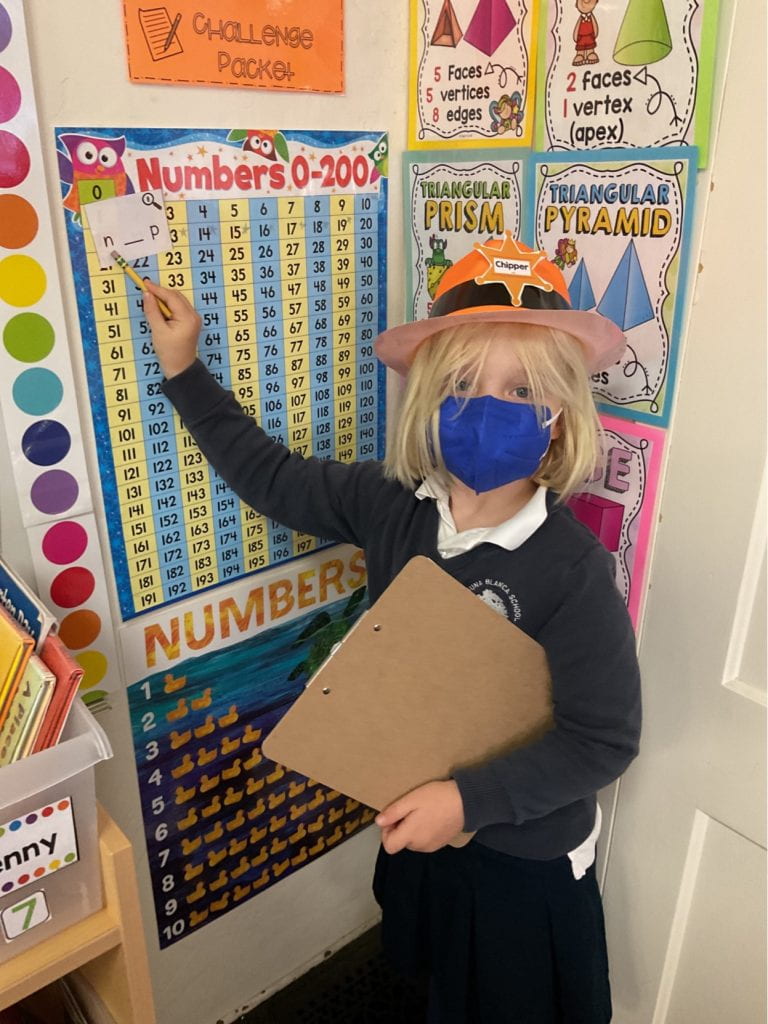 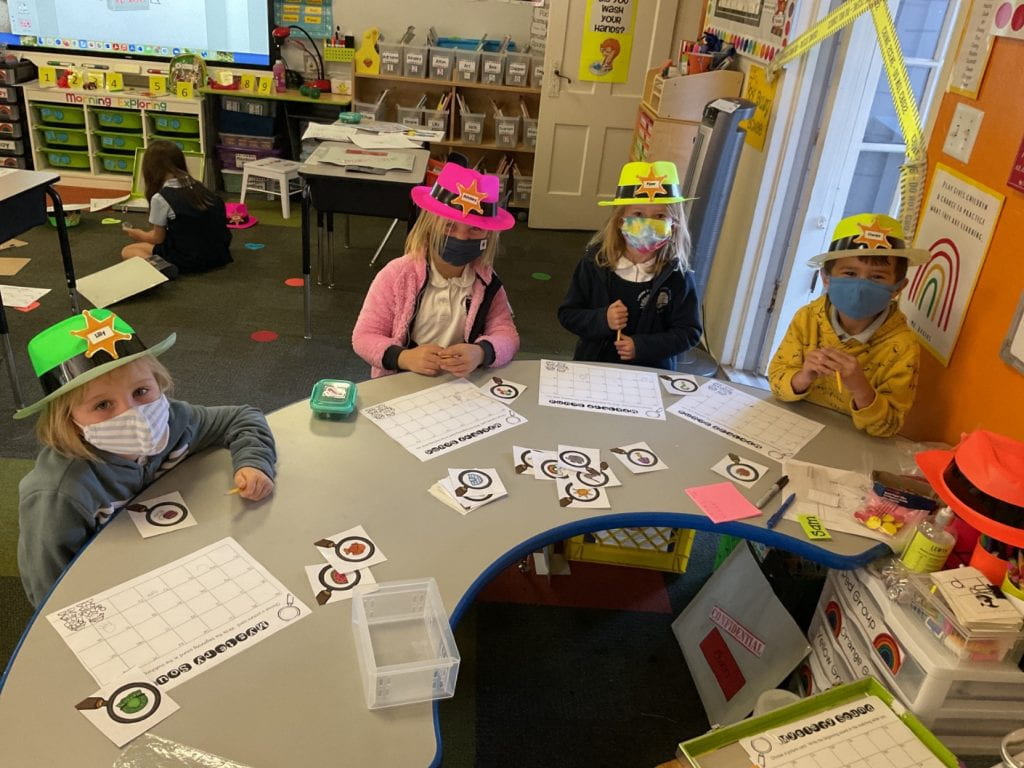 3. Students colored pictures that started with a specific letter to reveal a particular shape. 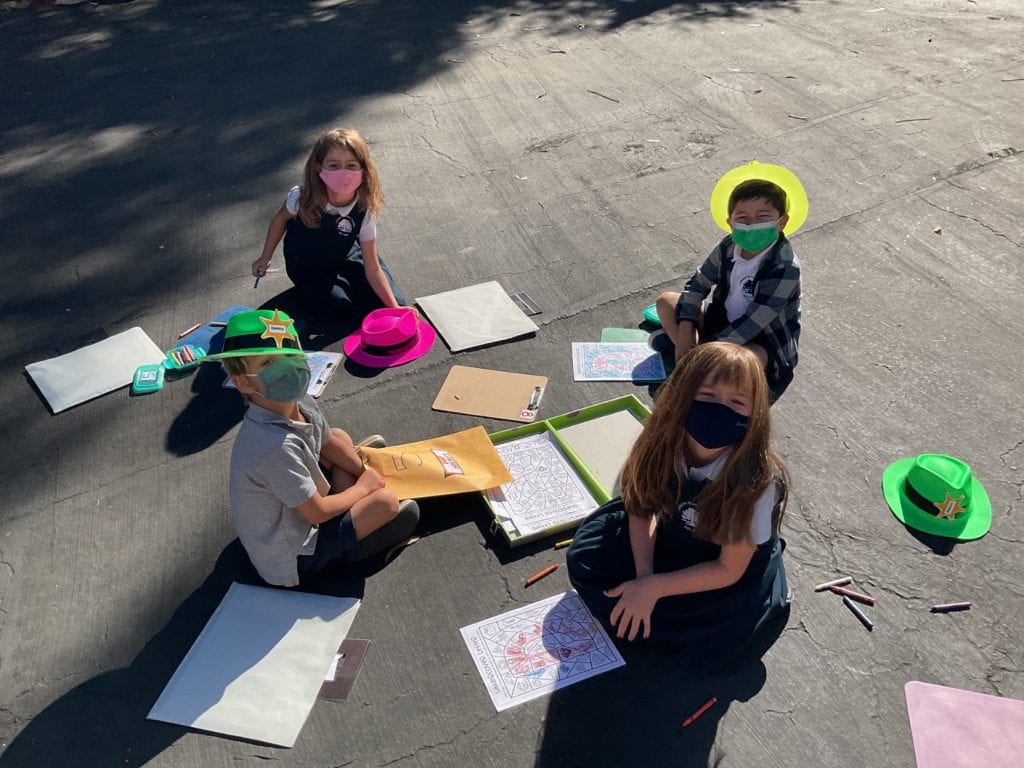 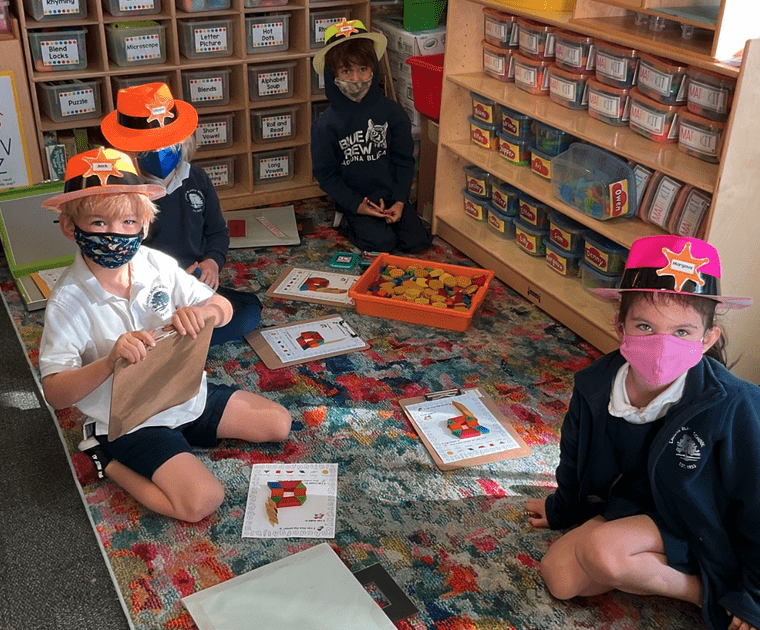 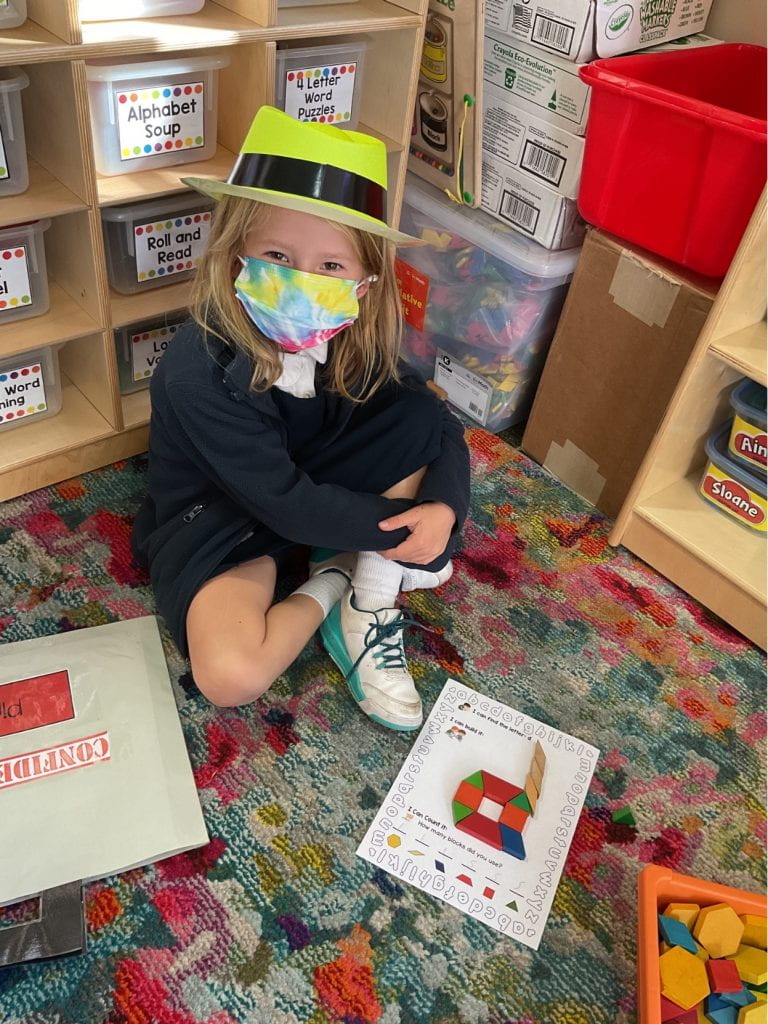 5. Using a white crayon, students wrote hidden letter sounds. They then painted over using watercolors to reveal their writing. 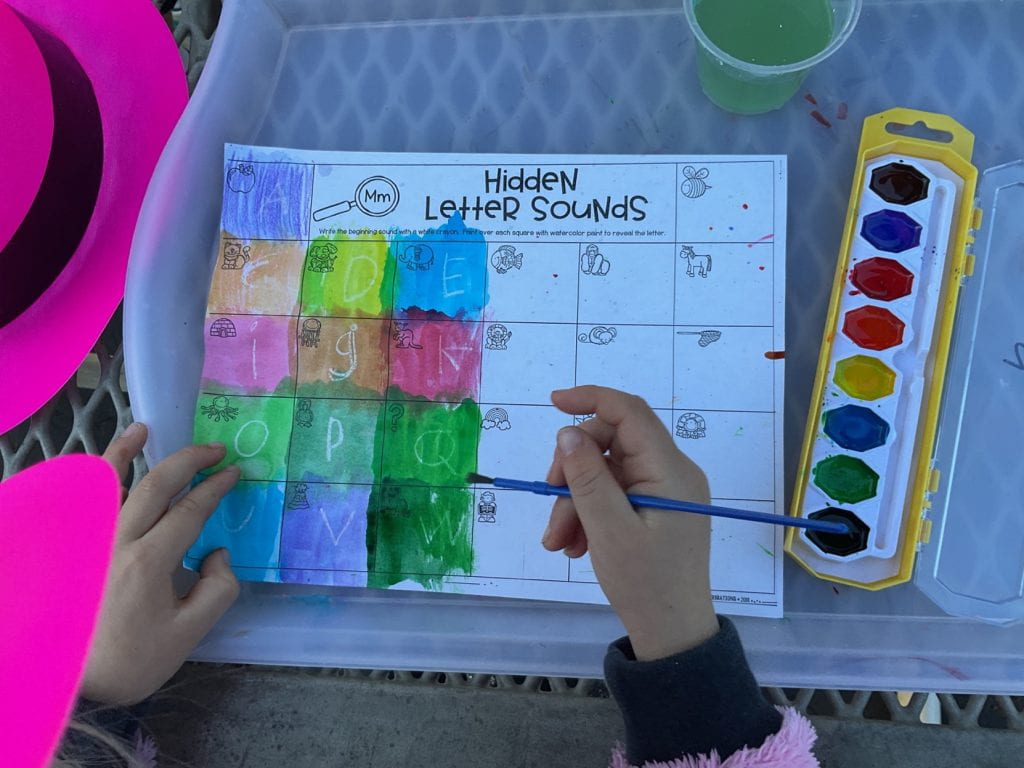 After each activity, students opened their silver briefcases and solved a special clue that told them who the suspect was NOT. Here are some examples: 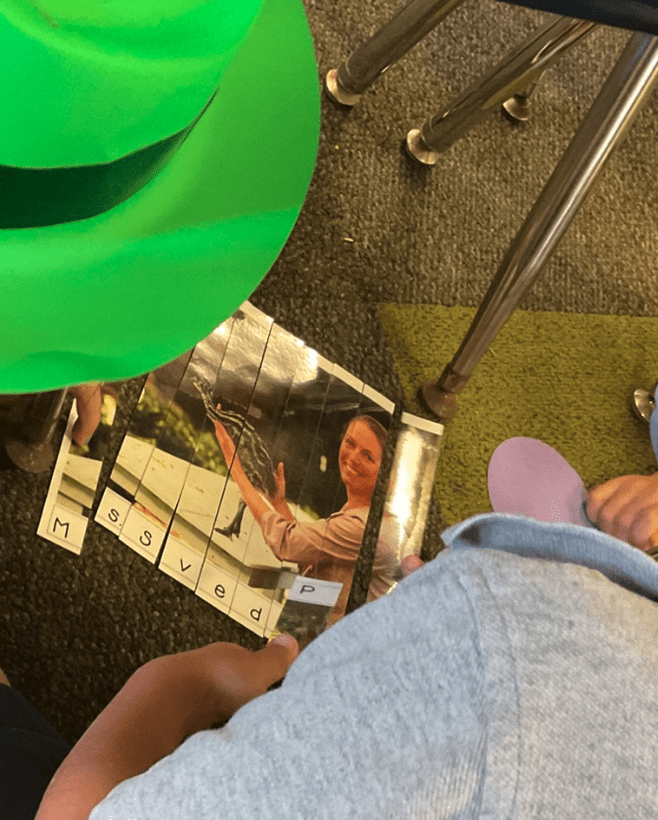 After completing each of the five rotations, we came together and reviewed our notes.

Just like we suspected, Ms. Clifford was the person who stole the letter D. Watch and learn why she did it:

We loved the doughnuts! There were many happy detectives! 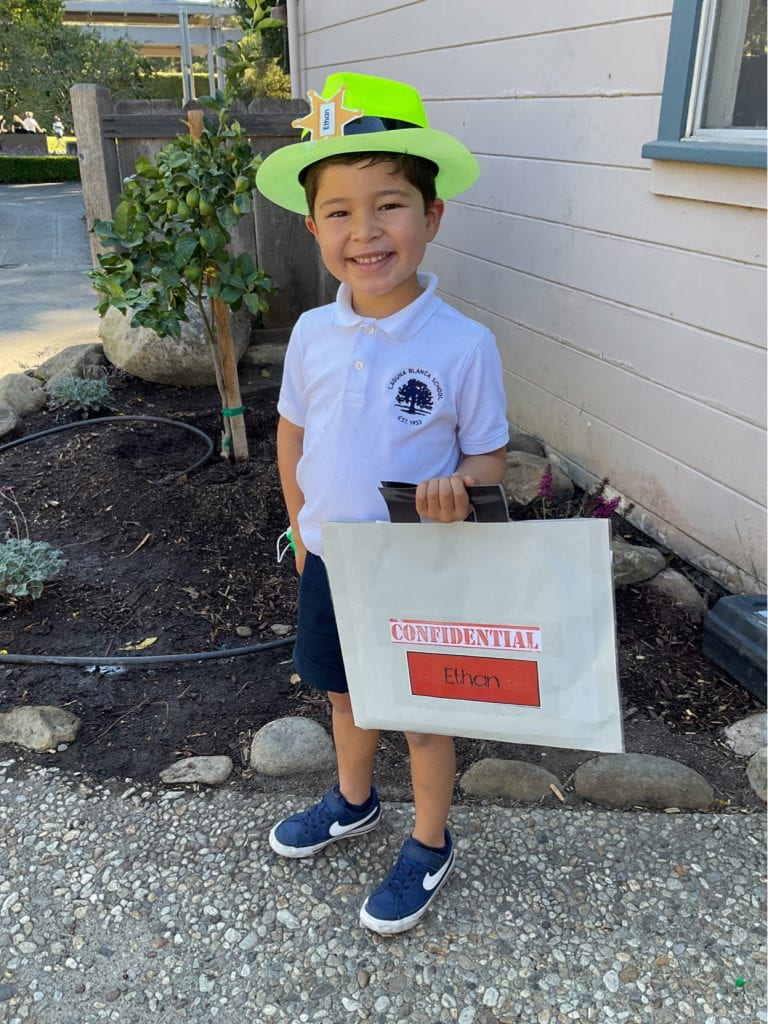 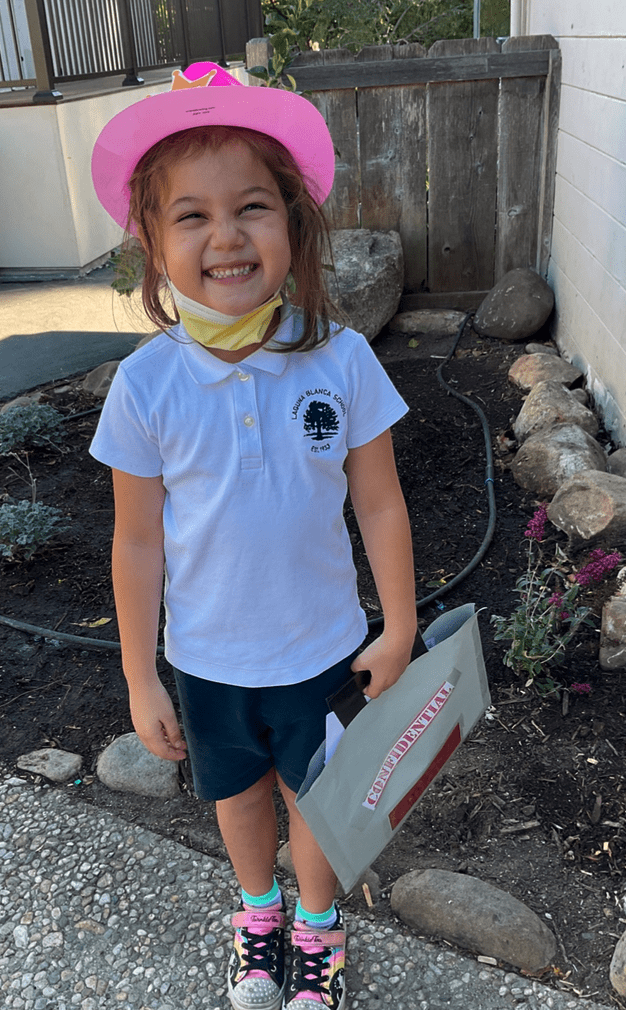