You bet! Sewing provides young learners with an opportunity to strengthen fine motor skills as well as hand-eye coordination. Sewing also teaches patience, persistence, and it helps grow self-confidence.  These projects are quite successful with a little extra preparation and a few extra sets of hands.

Our first sewing project was to sew a mini pumpkin using a bright orange dimple dot minky fabric.  I chose the right size bowl as the pattern and then traced the pumpkins. 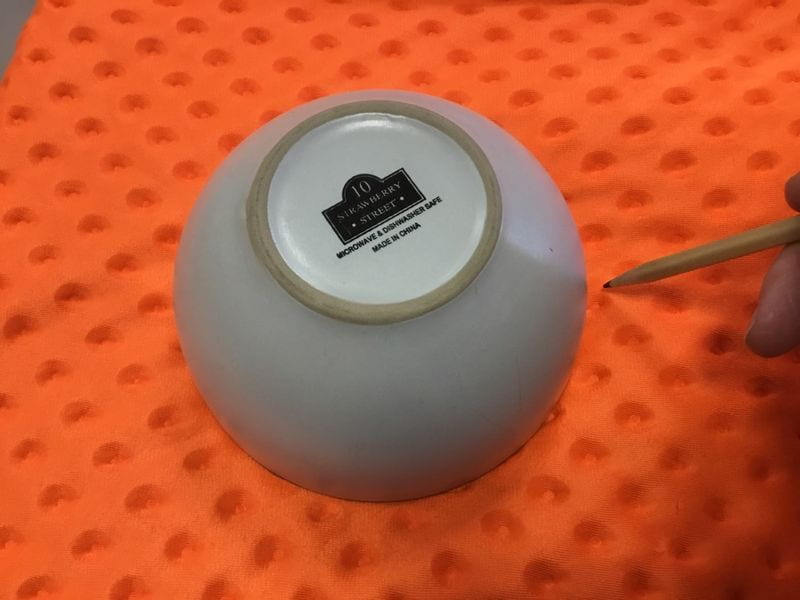 After cutting out the pumpkins, I used a black Sharpie to create a dot-to-dot on what would be the inside of each pumpkin. 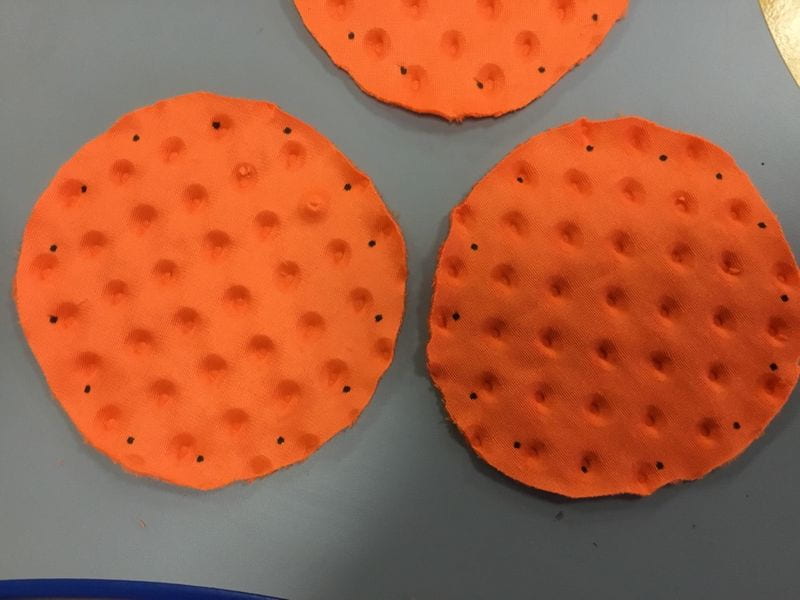 This dot-to-dot technique gave the students a place to aim their needles. It also helped keep students moving along in a way that each would complete the sewing portion of the project in the ten minutes I had allotted for each rotation.

Next, I threaded each of the needles that I had and tied a knot at the end of the thread. This way my parent volunteers were ready to start the actual sewing process without wasting any time threading needles. 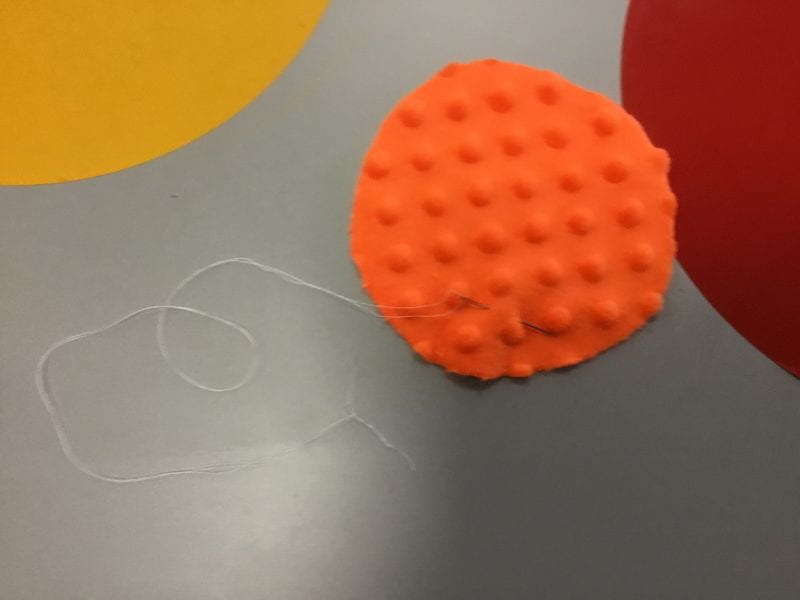 I gave students an introduction to handling the sewing needle. (Though not the sharpest needles available, the needles I like to use could cause a small poke.) I showed the students that placing their fingers on the eye of the needle is the easiest and safest way to hold a needle. Plus, it prepares them for sewing in the future when they have to keep the thread from pulling through the eye. In anticipation of this sewing activity, I placed some lacing cards in one of the Literacy Workstations so that students could practice the motion of sewing a running stitch using a plastic lace that would not cause harm.

I reviewed the running stitch, and the students were ready to go! All of these little preparations really helped the students have a successful first classroom sewing activity! The two parent volunteers were the perfect cheerleaders, encouraging the students and praising their focus and tenacity. 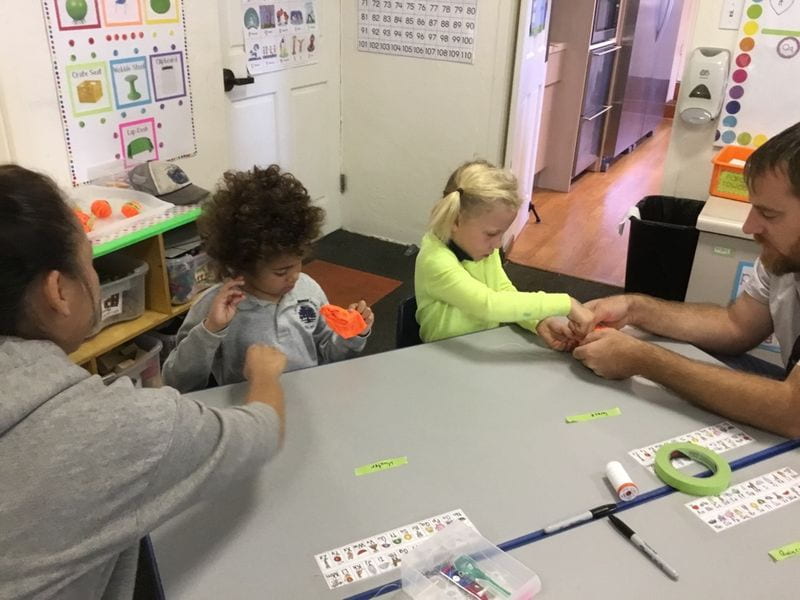 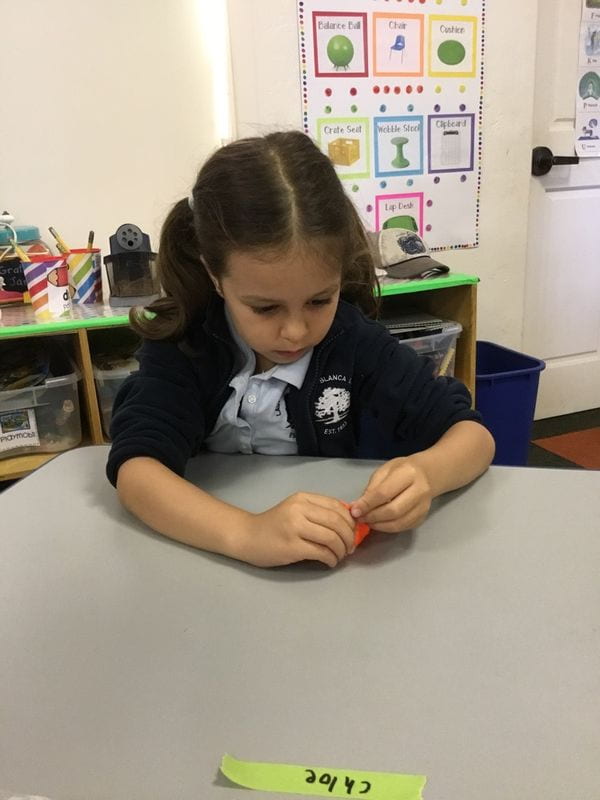 Once the pumpkins were sewn, students stuffed them with a piece of tissue paper. 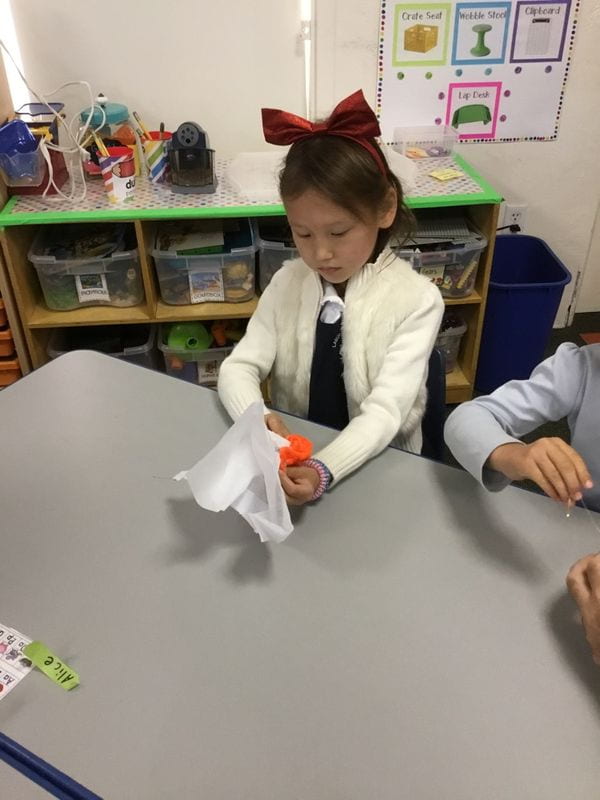 We then added a small stick as a stem. 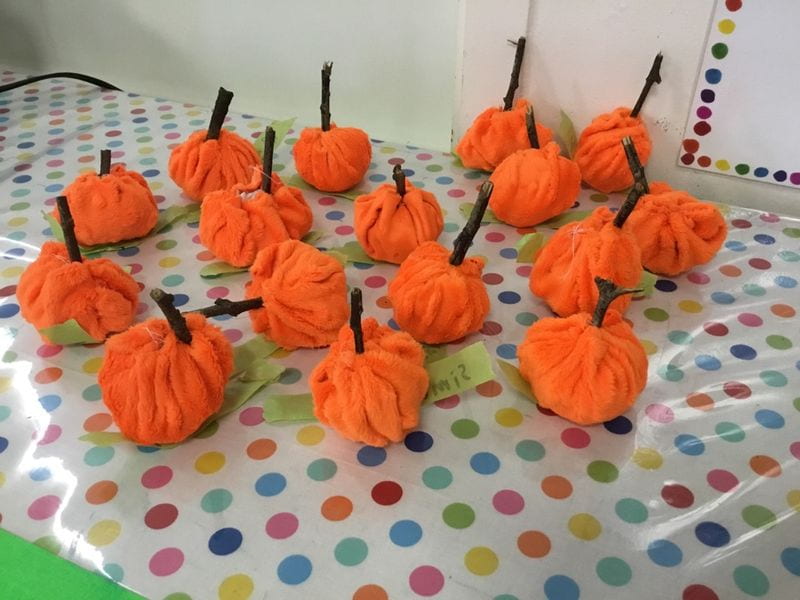 How cute are these?! Your fall decor for years to come!

We did our first sewing activity today in Friday Fun! Using fabric with owls on it, students hand sewed small pillows. I was impressed with the students’ focus and patience, as each pillow took twenty minutes to sew! 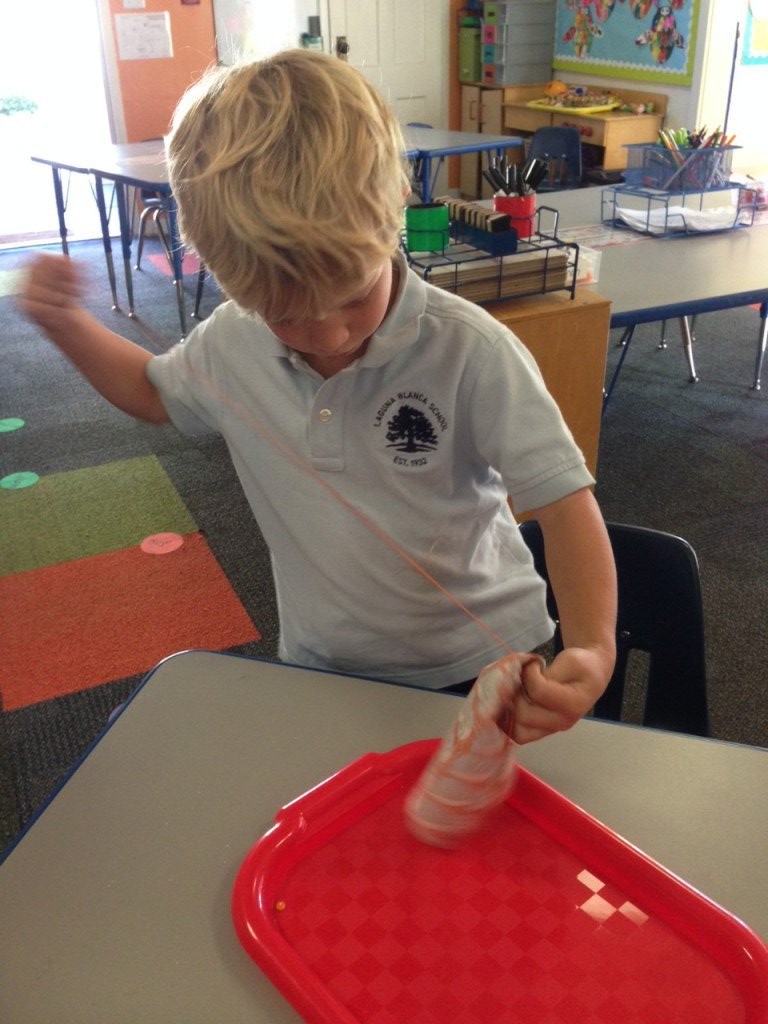 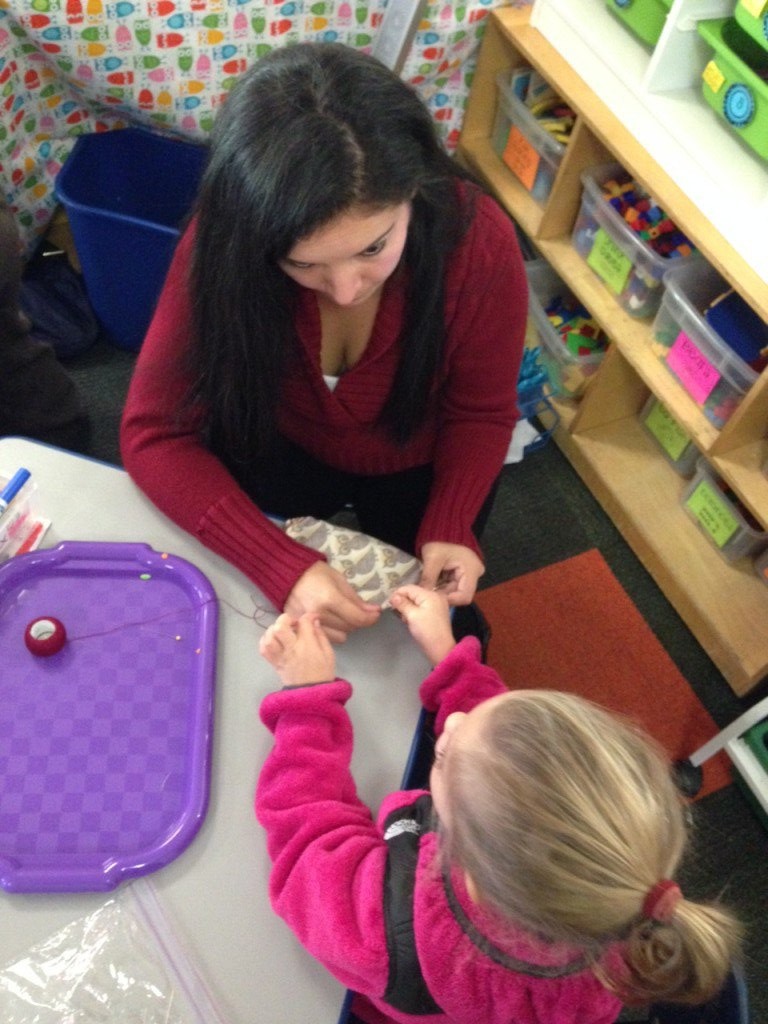 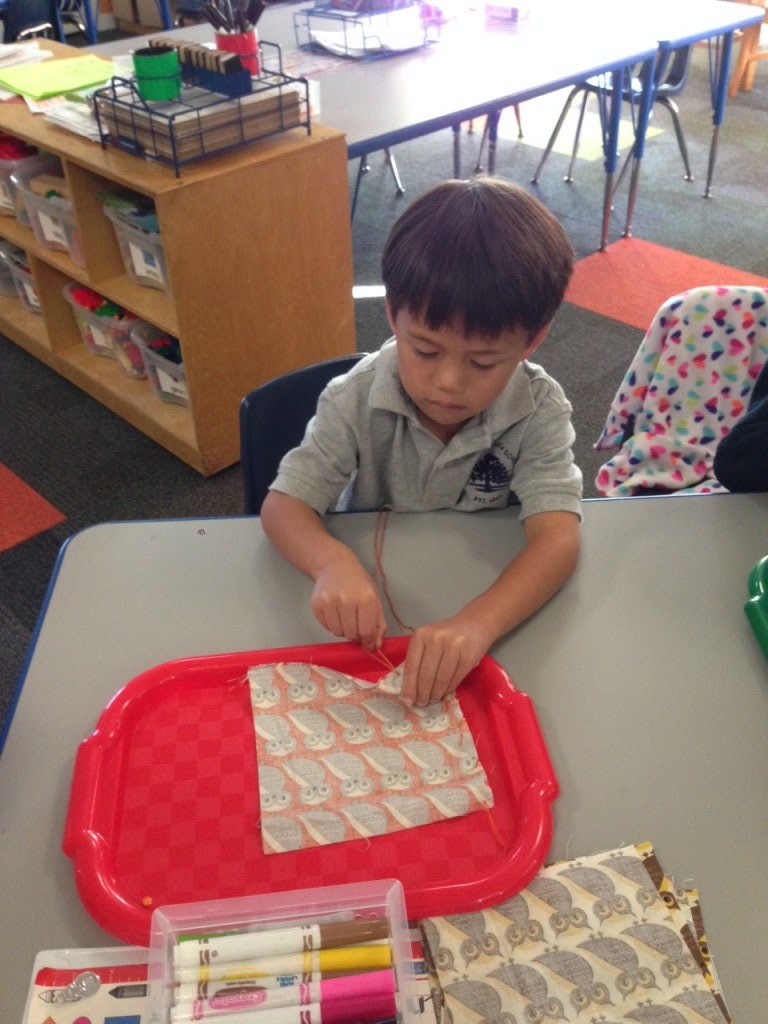 The reward was stuffing the pillow with polyfill and then snuggling with it, of course! What a sense of accomplishment the students showed! 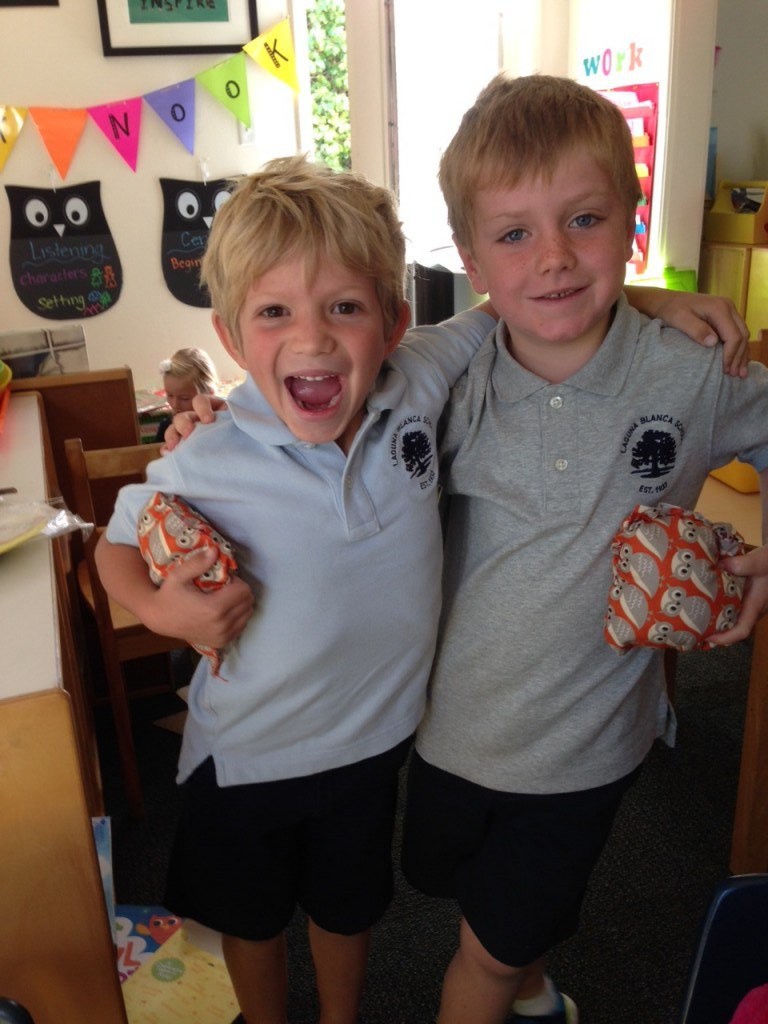 A BIG thank you to the moms and Ms. Horibe, who helped with this station.

Look how cute these turned out! 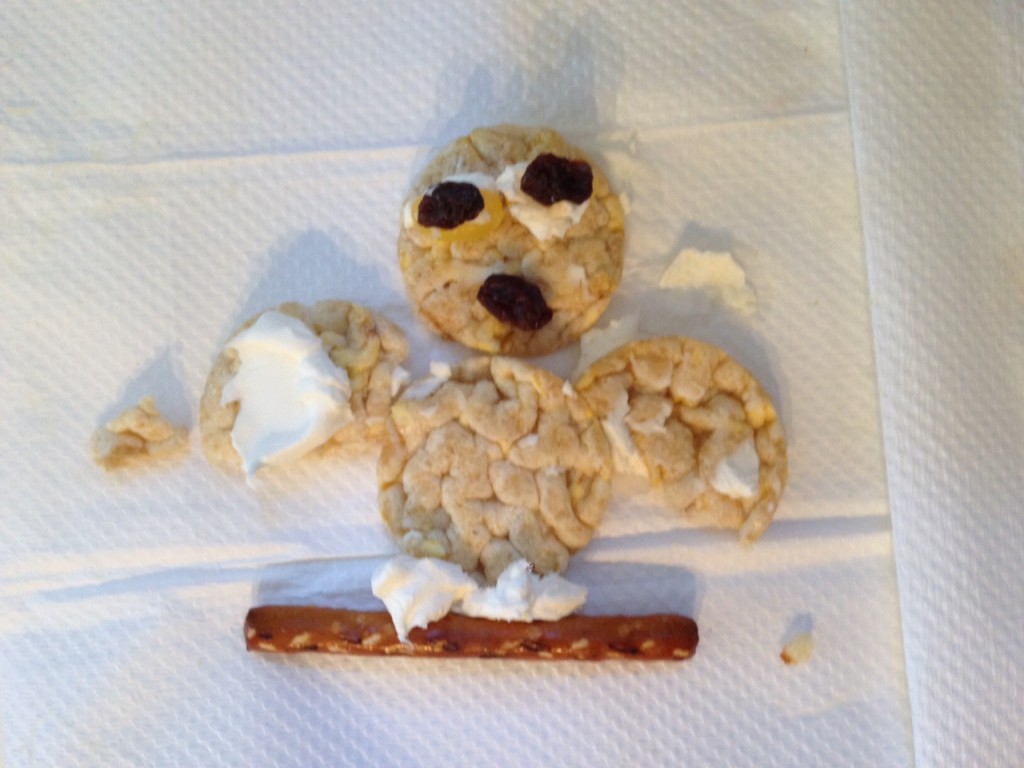 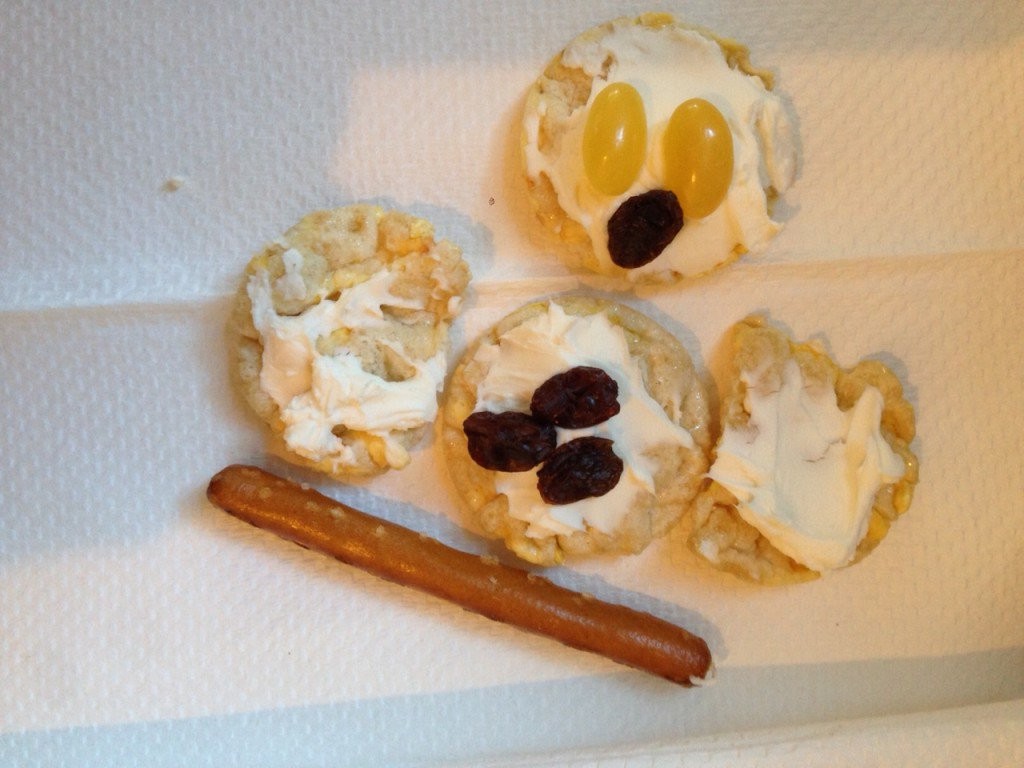