We have been learning about crabs…what they eat, where they live, what they look like, how their pincers work… So it was very fitting that today during Friday Fun that the kindergarteners made crabby crabwiches. 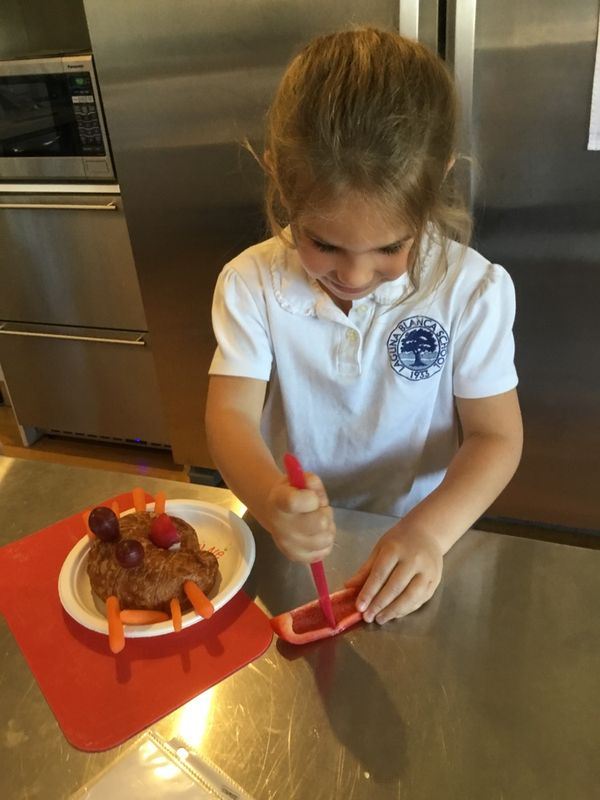 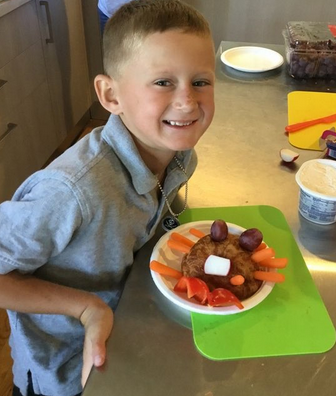 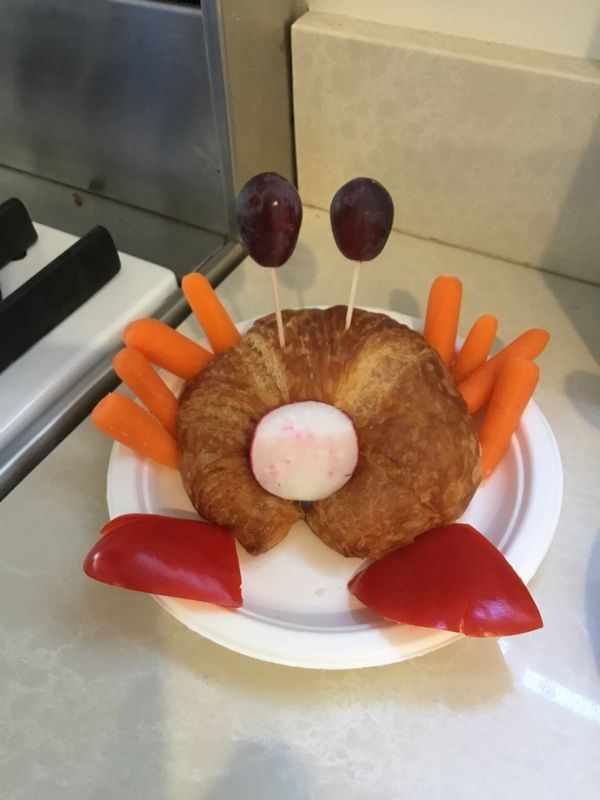 This activity really solidified the fact that crabs have eight legs and two pincers. My little oceanographers had a huge laugh when they saw the incorrect recipe! 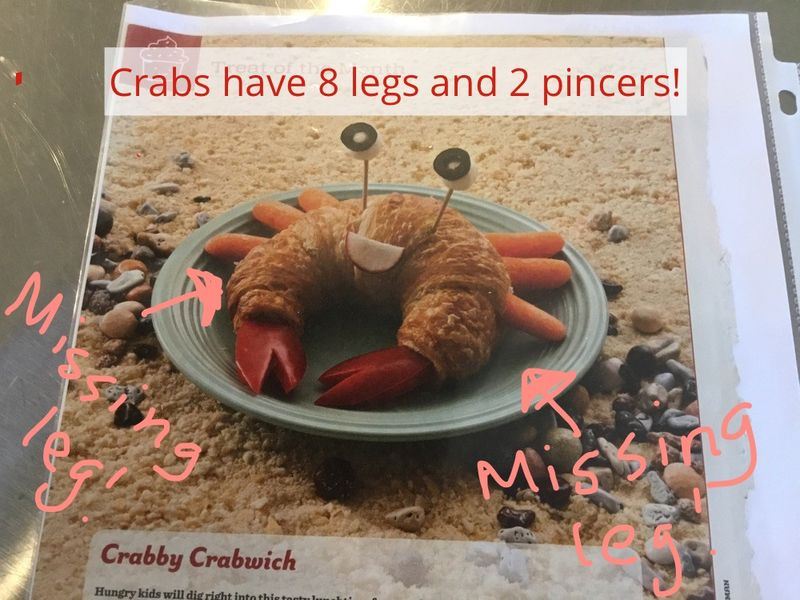 We had a fun week exploring crabs. Students learned some fun facts about these creatures including they have eight legs and two pincers. (I had to convince the students that they are indeed called pincers and not pinchers.) We also learned that the largest crab is as big as a person! (eeewwwww!) I showed students this video on hermit crabs….so interesting!

On Tuesday, students participated in an experiment where they used the three types of claws that crabs can have: scooping, grasping, and scraping. They tried to “eat” different types of food to determine which type of claw worked best for them. 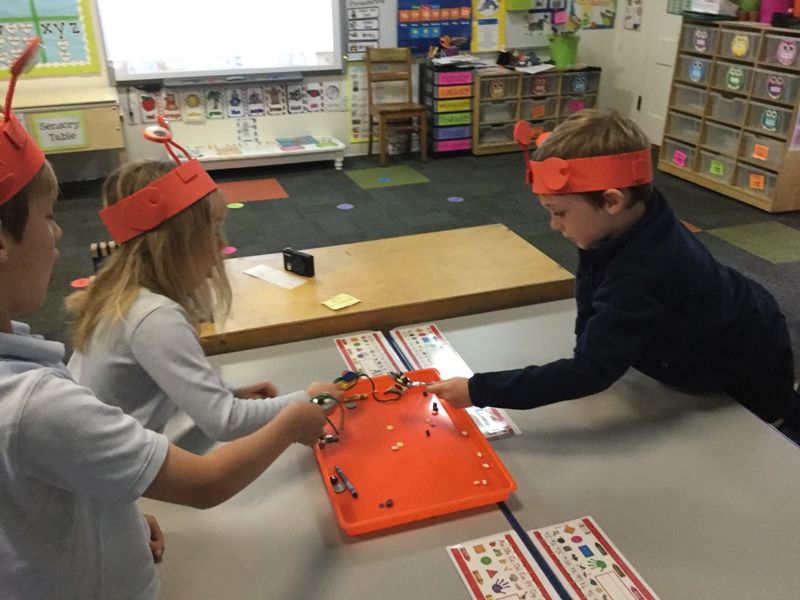 Students try collecting food using a scraping claw (small spoon), like that of a shore crab. 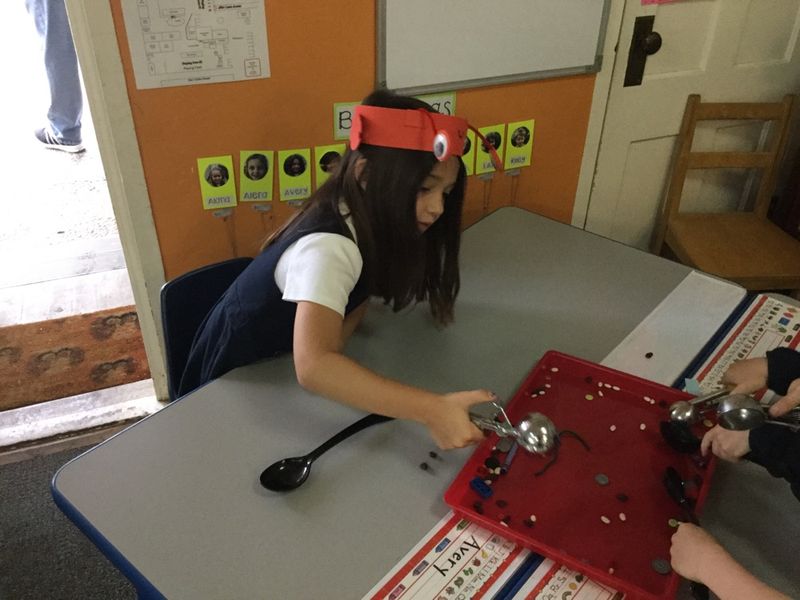 Students use a scooping claw (ice cream scooper and large spoon) like that of a porcelain crab. 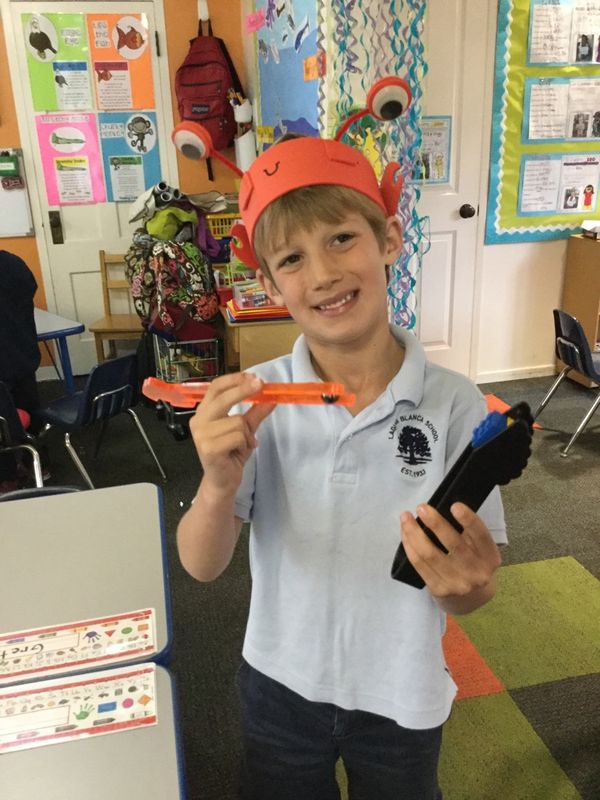 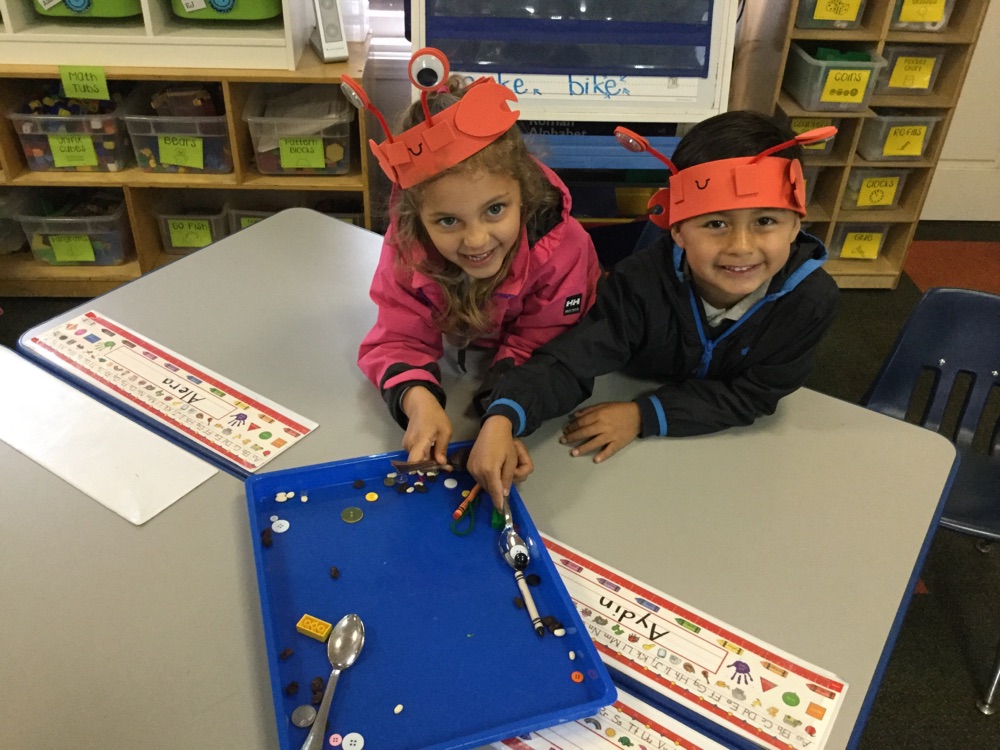 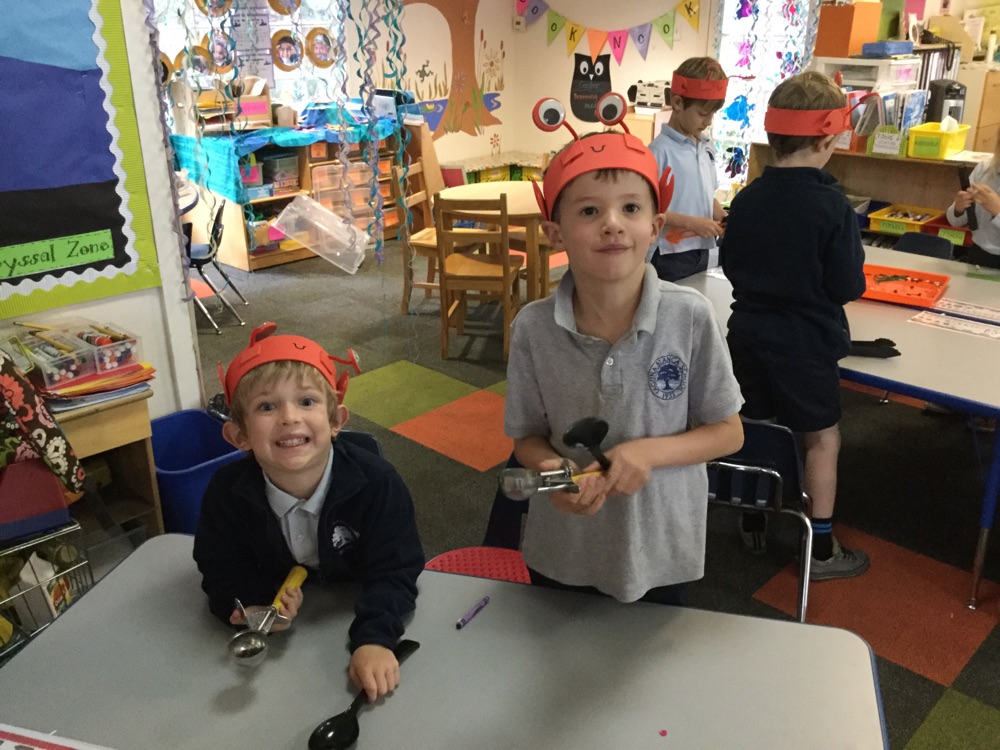 After each student used each type of claw, we came back together to discuss our findings. Watch the funny video below. The crab eyes on the headbands are super wiggly!

During Friday Fun, students made a crabby crabwich. How cute are these?! 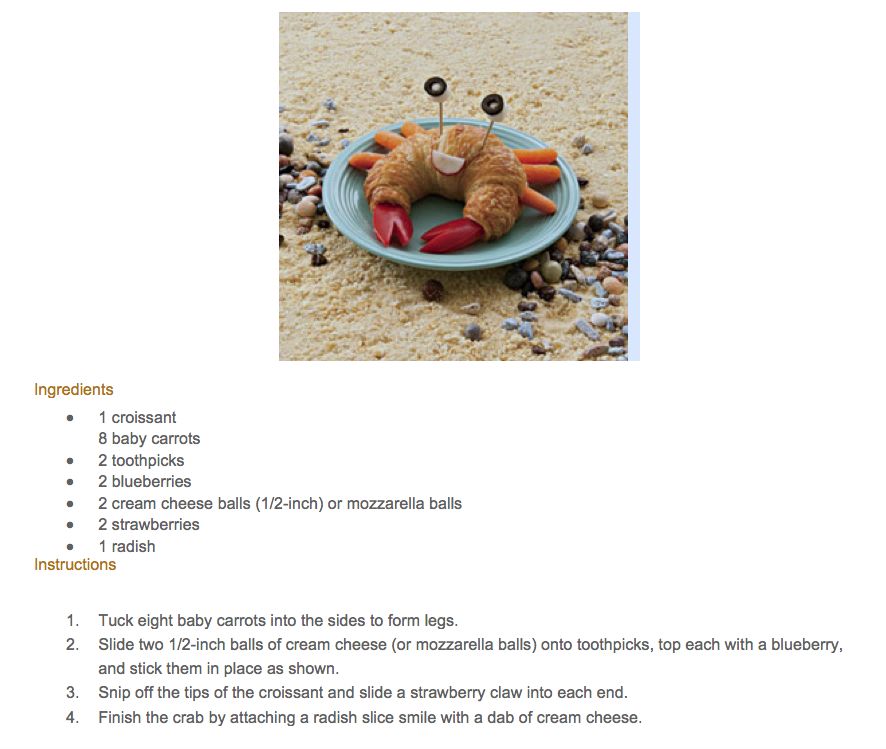 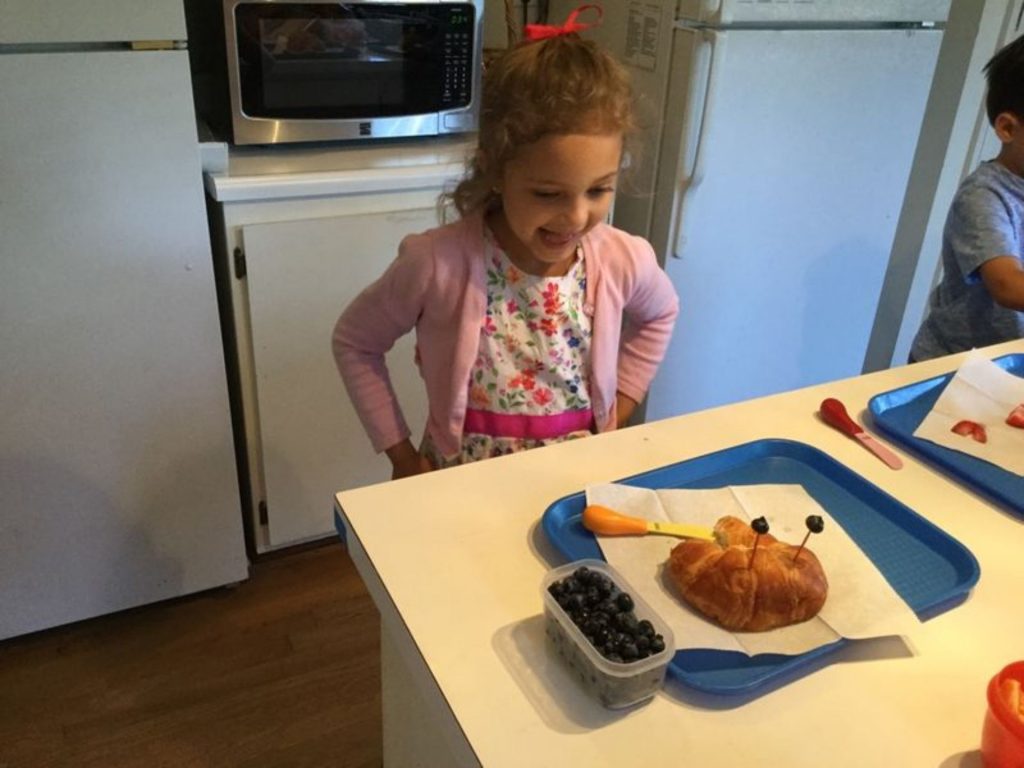 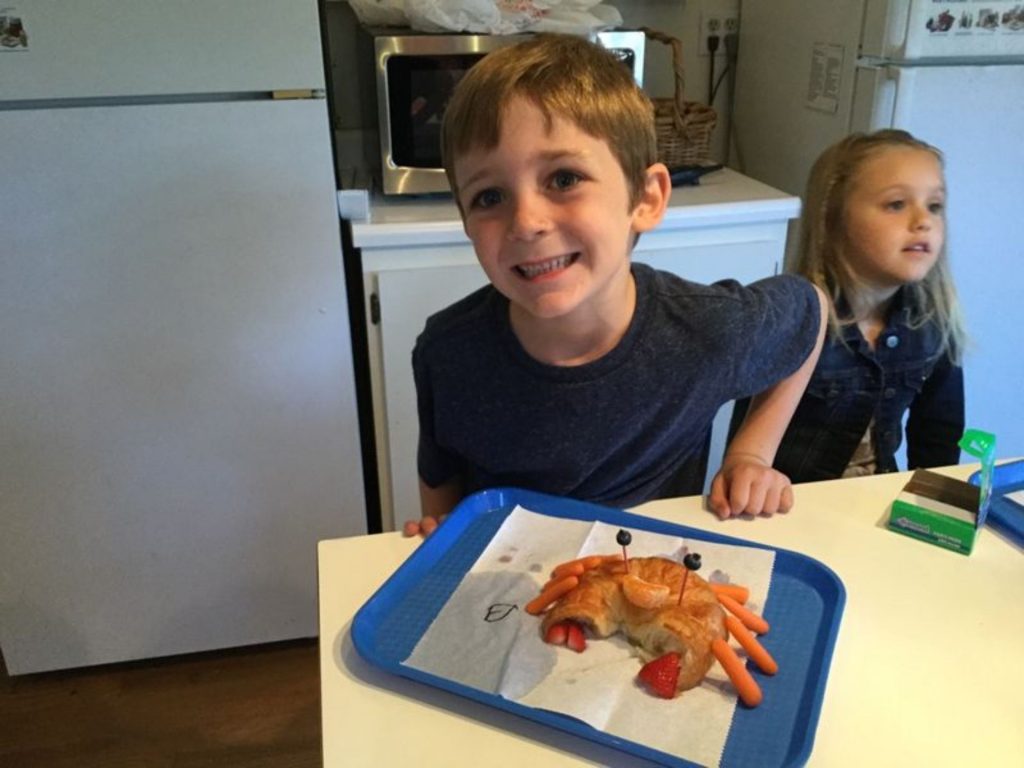 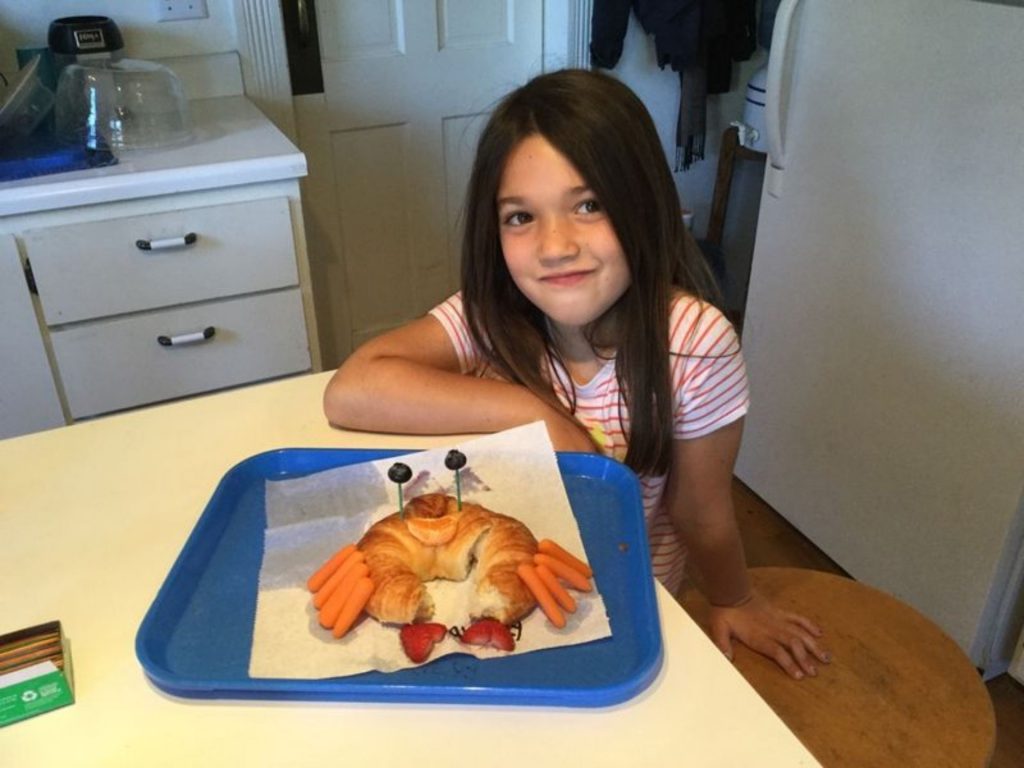 The added bonus fro this activity for me was that the students ate almost ALL the crab pieces! Looks like a good, healthy snack!

Friday Fun was filled with crabs today! In the kitchen, students made Crabby Crabwiches. Yum! 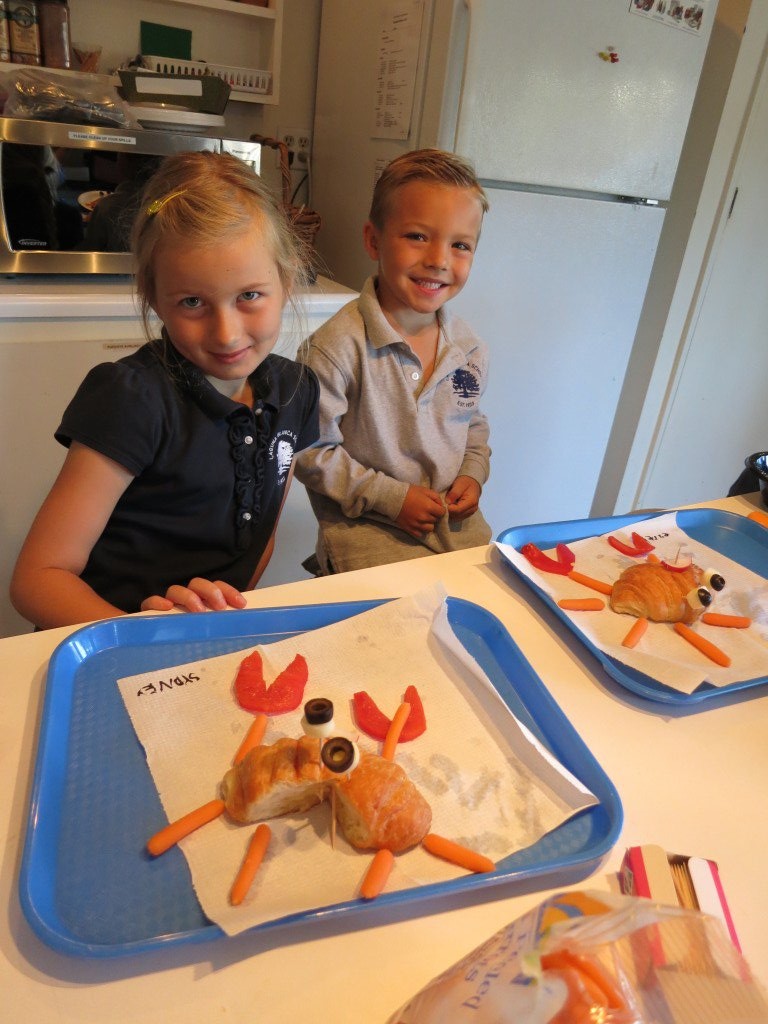 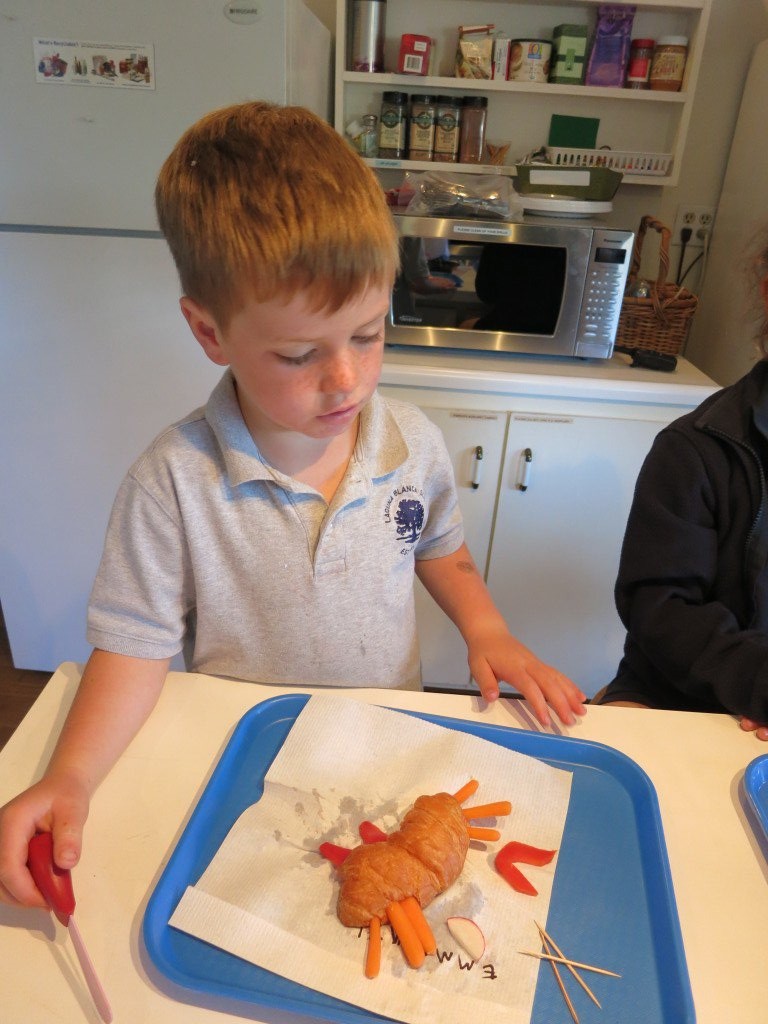 Students made crab hats. They loved walking like a crab in their new hats. 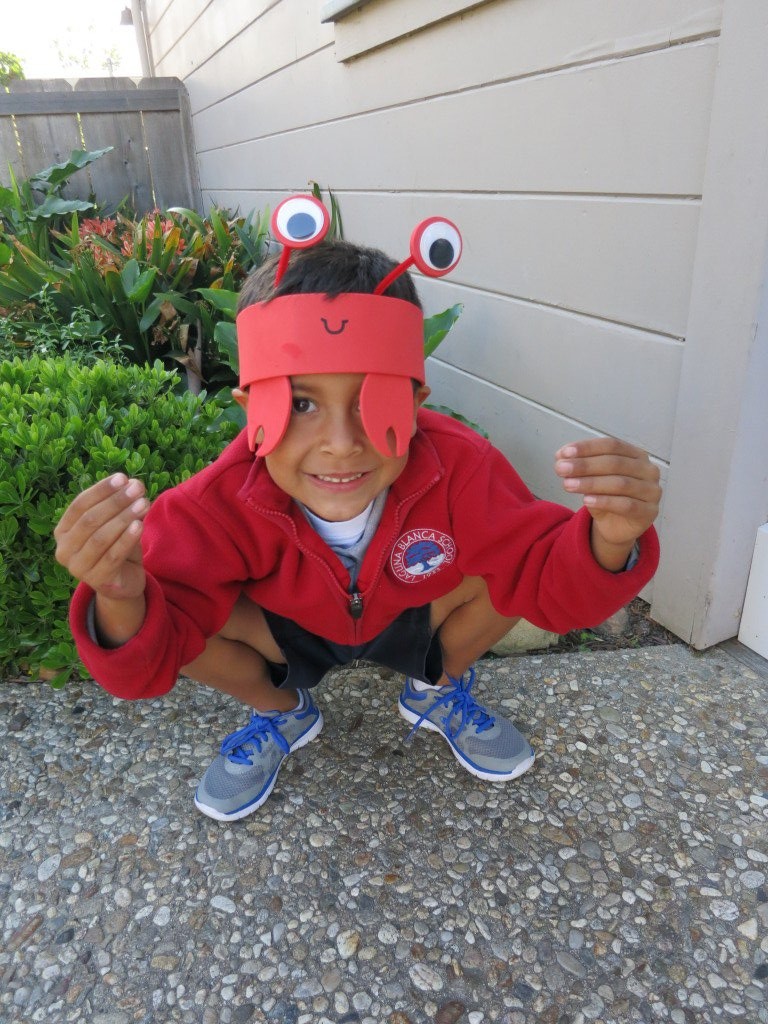 Students also made Oceans in a Bottle. They added water, oil, food coloring, sparkles, and shells to a water bottle to make the illusion of ocean waves. 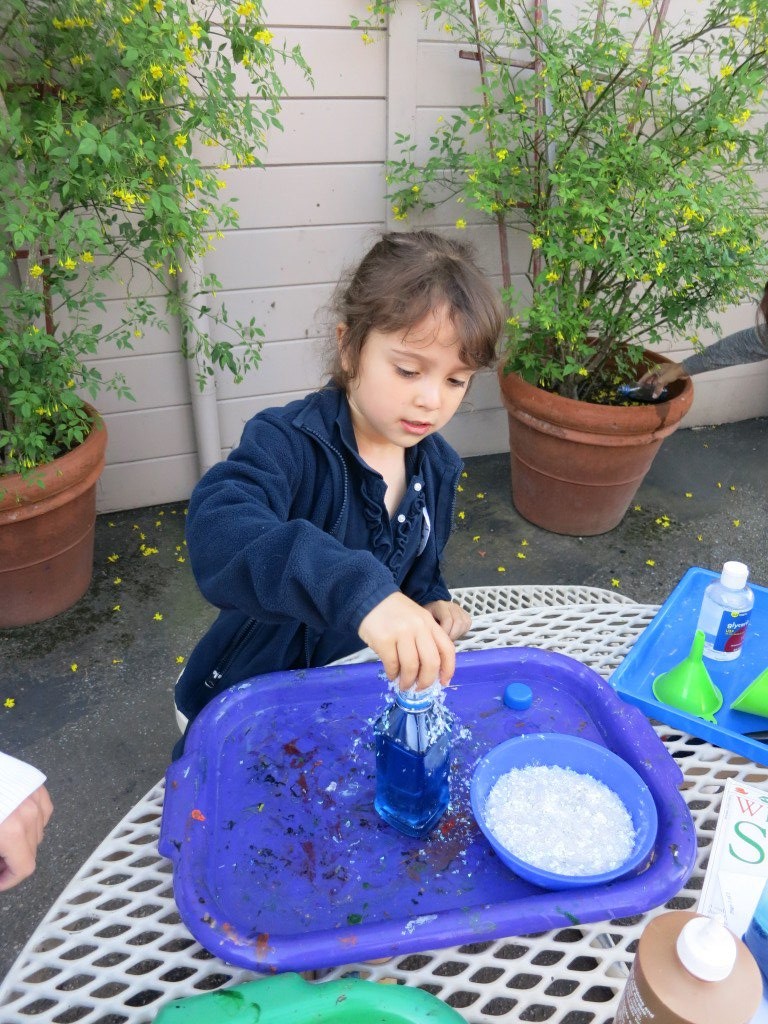 It was a perfect day before a big break. Have a wonderful Spring Break!