We looked at the character trait of perseverance today by reciting a famous quote for the children, “It’s not that I am so smart. It’s just that I stay with problems longer” -Albert Einstein.

What does that mean? Students shared their thoughts about this, saying that the person keeps trying, even if the thing isn’t fixed or solved. Bingo! That’s perseverance- showing determination and never giving up. We decided that the students needed a chance to practice persevering, so we took them out the climbing wall and gave them a challenge. Students who have not yet climbed all the way across the wall were encouraged to do so. Those students who have previously climbed across the wall were challenged to cross the wall using only the RED pieces! (I wish I had been recording when I announced this! The students’ response was priceless!)

The students gave the challenge their all! 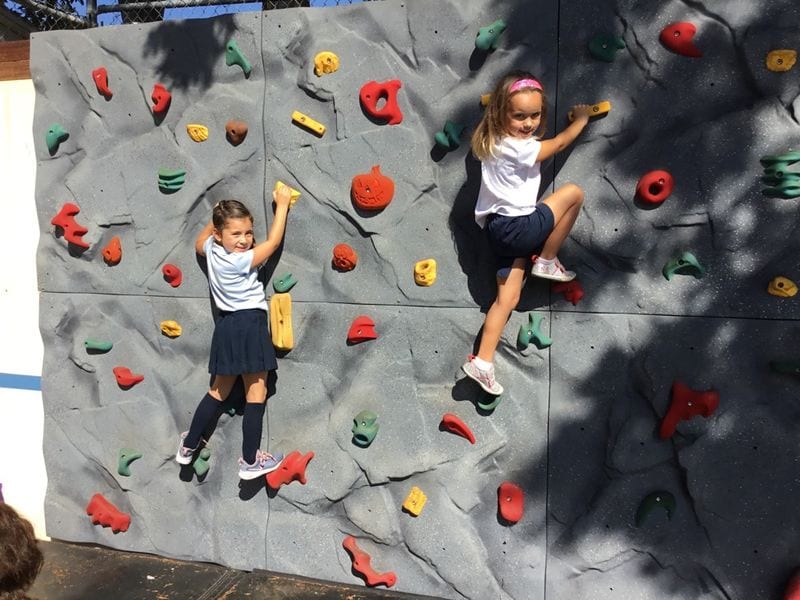 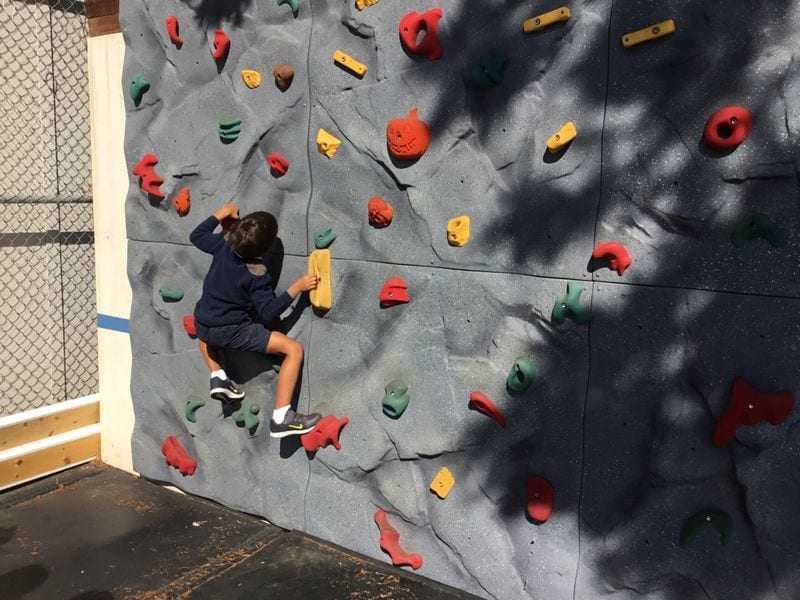 After each student took a turn climbing across the rock wall, we returned to the classroom to listen to the book Rosie Revere, Engineer, by Andrea Beaty. 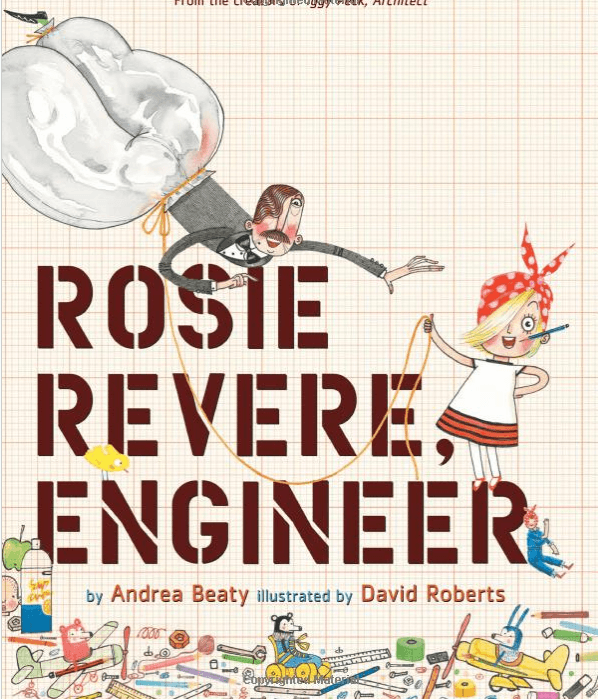 “Rosie may seem quiet during the day, but at night she’s a brilliant inventor of gizmos and gadgets who dreams of becoming a great engineer. When her great-great-aunt Rose (Rosie the Riveter) comes for a visit and mentions her one unfinished goal–to fly–Rosie sets to work building a contraption to make her aunt’s dream come true. But, when her contraption doesn’t fly but rather hovers for a moment and then crashes, Rosie deems the invention a failure. On the contrary, Aunt Rose insists that Rosie’s contraption was a raging success. She explains, ‘You can only truly fail if you quit.'”

After the read aloud, we asked the students why we would choose to read this particular book to the class during our discussion of perseverance. Their answers were spot on, sharing that Rosie kept trying and didn’t give up. We will be referencing this character trait often in the classroom, as new concepts are introduced to the students. Never give up.