As part of the plant unit today, students learned about pollination. The lesson began with a short cartoon video from a great website called BrainPop. After discussing pollination, students were ready to take part in an experiment I had set up.

Each student had a white paper flower with a small cup in the center. In the cup were three Cheetos. Students were also given a bee puppet where they were to place two fingers at the bottom, signifying the bees feet. 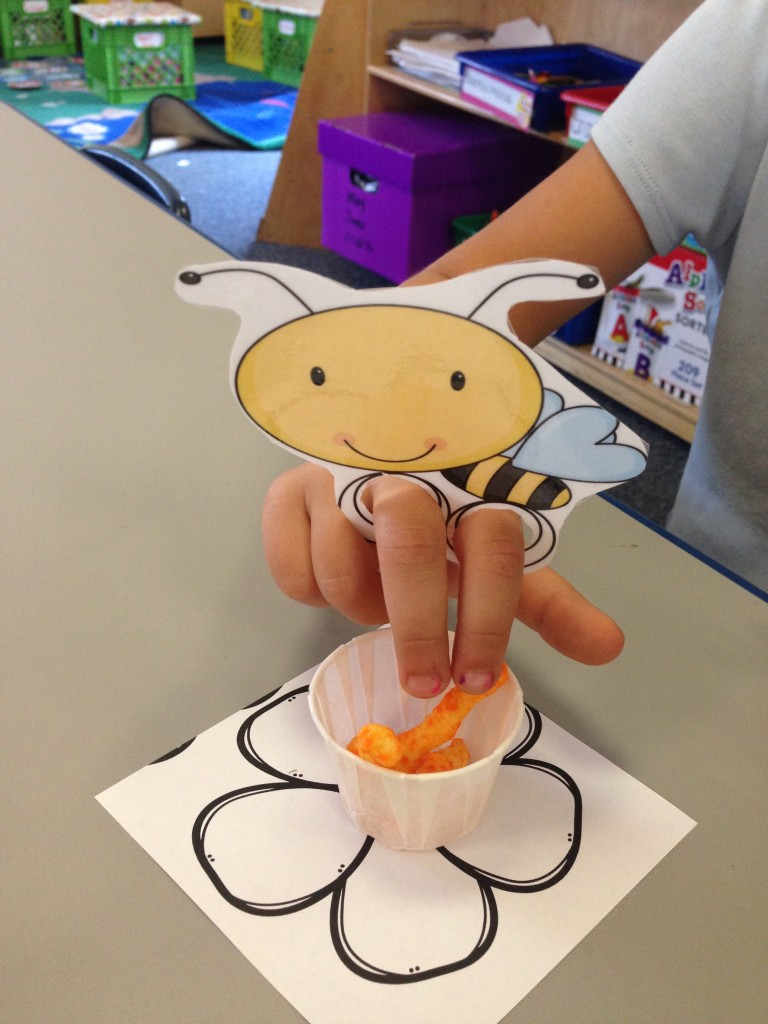 Next, students buzzed their bee to the center of the flower, picking up each Cheeto with just the two feet (actually fingers!) The trick was to eat all three Cheetos without licking or wiping their fingers. The final step in the experiment was for each bee to fly over and land on their neighbors flower…depositing a fair amount of “pollen” on the flower. 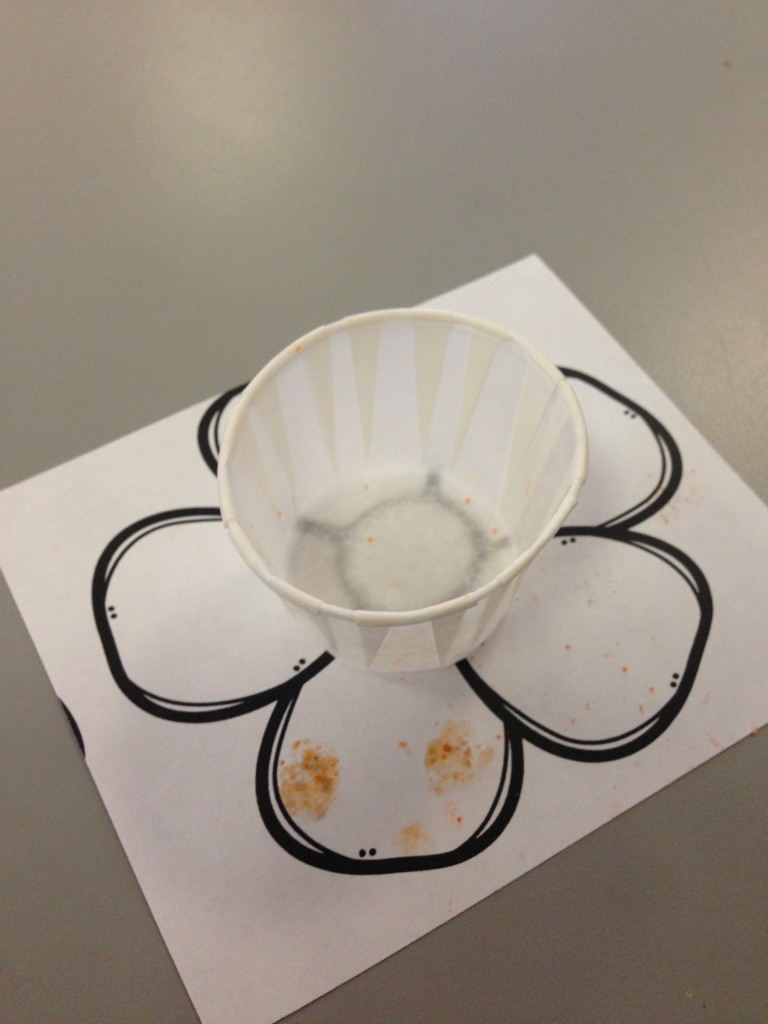 Here is the experiment in action!

We followed up the experiment with a write up, of course! 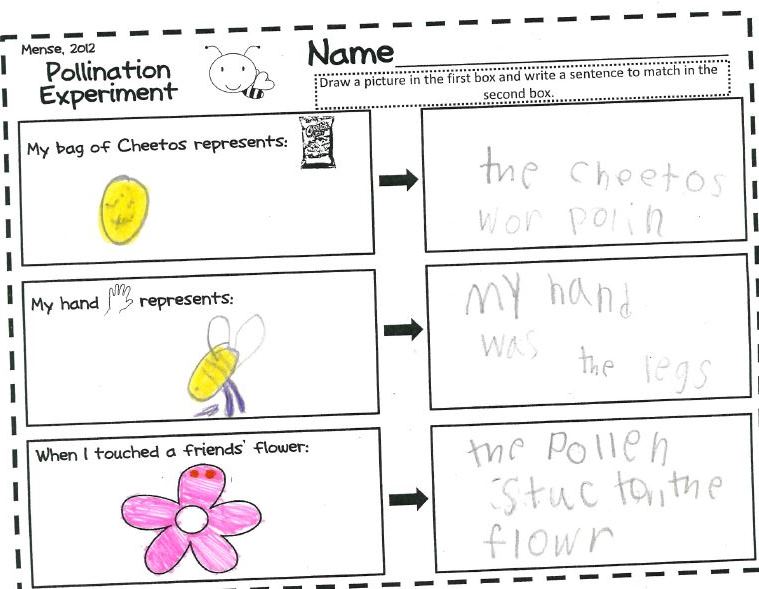 I love that this experiment provides students with a hands-on activity to help them understand a challenging concept. (and we got to eat (3) Cheetos, too!  I haven’t eaten Cheetos in years!)