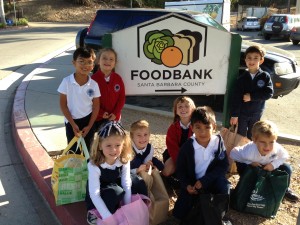 We just returned from the FoodBank of Santa Barbara, where we donated 105 pounds of food, including 60 non-perishable food items and two turkeys! 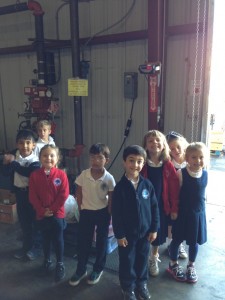 When we arrived at the FoodBank, we placed each bag of food and the turkeys on the giant scale. Then we took a quick tour of the facility, where we saw the refrigerator and the freezer. As one might expect, this was the highlight of the trip for many of the students. 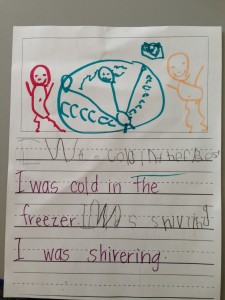 This service project gave us plenty of opportunities for learning. In preparation for the field trip, students practiced several math skills. First, whenever an item was brought in, we made a tally mark. Tally marks pose a particular challenge for young children, believe it or not. The concept of crossing the tallies when the number five is reached is hard to remember. This is the main reason we practice recording information with tally marks daily. The second skill the students practiced was division. I placed all 60 food items on the carpet in front of the students and posed the question, “There are eight students in the classroom. How can we divide the cans so that each person gets the same amount?” 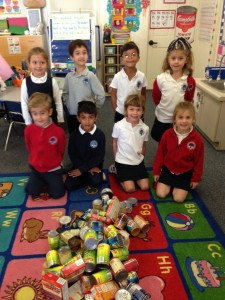 After many rounds, it was concluded that each student would have seven food items in a bag with four cans left over. 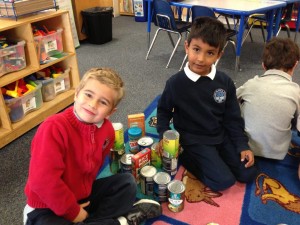 What did we do with the four left over cans? The students decided that I could carry those! 🙂

Our next service project benefits Angels Bearing Gifts. As you might have guessed, we will be tallying the number of pairs of socks and bottles of shampoo that are donated in order to help reinforce tally marks.