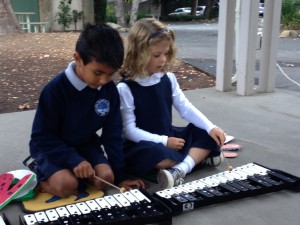 The Kindergarteners were in charge of Tecolote Tuesday today. We have been preparing for this big event these last three weeks-our Alphabet Assembly. First, each student was given three letters to decorate that demonstrated the sound the letter makes. This was a Family Project that the students were encouraged to do at home with their families. Each year the letters come back, finished more creatively than the last! 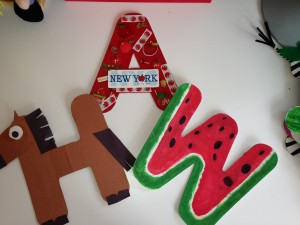 We have also been learning the short vowel song. It can be tricky for students to learn the difference between short vowels and long vowels. Many students come to kindergarten thinking that the letter a makes only the long sound, as in angel. To help students become familiar with the short vowel sounds, I introduce them to the Vowel Family. Here is another video clip of the children singing this humorous song.

We integrated the musical alphabet with our English alphabet. Students shared each of their letters and words with which their letters begin. Click on Reciting Letters to get a glimpse of what the students said. 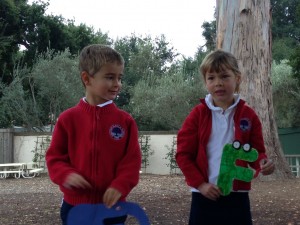 The students recited and projected their lines clearly. I was thrilled with their bravery and the comfort level they had in front of the entire school. They did a terrific job! 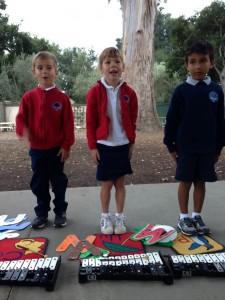