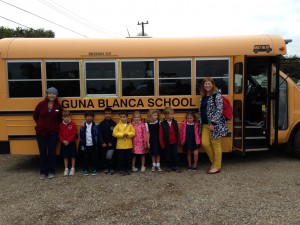 We took our first field trip today to the magical Lane Farms. The children were thrilled just to ride the school bus!  We could have taken the bus for a spin around the block and called it good. The children would have been satisfied!

When we arrived at Lane Farms, we were greeted by Ruth, who’s family owns Lane Farms. She spoke to the children a bit about their farm and the items they grow. We then took a tour around the farm, meeting turkeys, a donkey, goats, and even a pig. 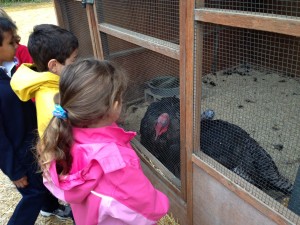 We had a chance to see the many varieties of squash, including 200 pound pumpkins! 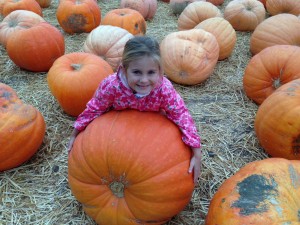 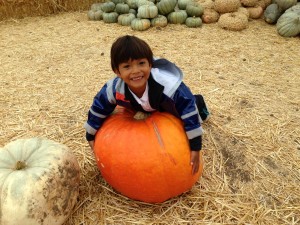 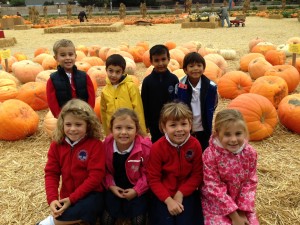 There was a display of different seeds and the fruits and vegetables that they come from, as well as several displays on water and irrigation. After a quick game of “Scarecrow Says,” we jumped on the hay ride. It was fun to see the farm from a different perspective. 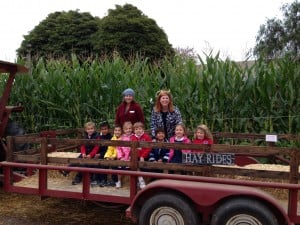 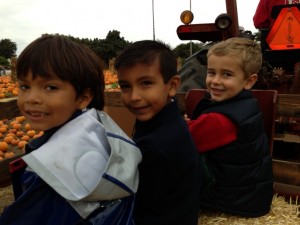 Boys on the hay ride.

Next, it was time for each student to pick a pumpkin. We will keep the pumpkins at school for a few weeks, so that they can be used for math and art activities.

What a fun and educational field trip! When we returned to school, students had the opportunity to write about the part of the trip they liked the best. I can’t resist showing you these great writing pieces. I am so proud of how the students are using their “best guess spelling.” Try to decode the writing before you read my translation at the bottom of each entry. The illustrations will give you great clues! 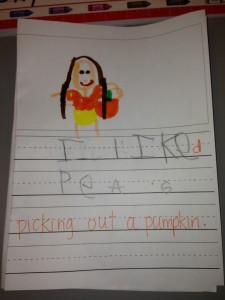 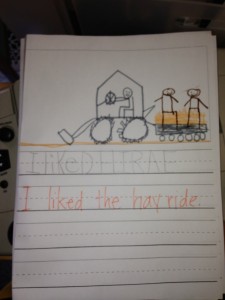